WHO PAYS IF L.A. UNIFIED STUDENTS LOSE OR BREAK iPADS?

L.A. Unified board grapples with the question of whether to force parents to pay for damaged or lost iPads. It's uncertain whether responsibility was made clear to all parents. 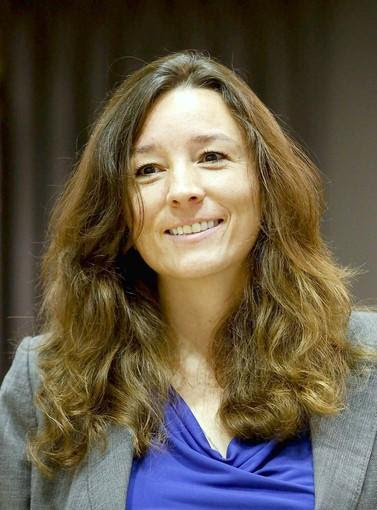 Senior L.A. Unified officials acknowledge that they haven’t decided on consequences if the $700 iPads are lost or broken. “It’s extremely disconcerting that the parent and student responsibility issue has not been hammered out," said Board of Education member Monica Ratliff, above. (Anne Cusack, Los Angeles Times)

September 25, 2013, 7:51 p.m. ::  Another issue in the Los Angeles Unified School District's $1-billion effort to equip every student with an iPad surfaced Wednesday: Are parents liable if their child breaks or loses the tablet?

The question emerged after revelations that 300 or so students at Roosevelt High School skirted security measures on the device and visited unauthorized websites. In response, the district suspended all home use of the Apple tablets, which have gone out to about two dozen schools so far.

Ultimately, officials want the iPads used at home — that's considered a key element of their educational value. But their dollar value also became a concern at a meeting Wednesday of a district committee overseeing technology efforts. Senior district officials acknowledged that they haven't decided on consequences if the $700 iPads are lost or broken.

"It's extremely disconcerting that the parent and student responsibility issue has not been hammered out, and that different parents and students received different information during the rollout," said Board of Education member Monica Ratliff, who chaired the meeting.

At least three different parent information forms have been circulated, according to Ratliff's office. And the Spanish form was a computer-generated translation that was substantially incomprehensible, said committee member Linda Perez, president of the local chapter of the California School Employees Assn.

At least one form required a signature acknowledging that a parent is financially responsible if a student breaks or loses the device. The idea was that students would not receive an iPad until the signed form was returned.

But officials admitted they didn't know whether that approach had been used uniformly — or even if it should be.

"I was told the students were not being held responsible for the device," Ratliff said. The idea, she presumed, was to "promote responsibility," but the forms that parents signed were "not legally binding."

Not so, district lawyer Carl Piper told her. The agreement is binding if the district chooses to enforce it, he said.

And what if low-income families, who make up most of the school system, can't afford to take responsibility for a device that is supposed to replace student textbooks?

"Are we really going to be in a position of taking their textbook away?" Ratliff asked.

Under state law, families can be required to pay for damaged materials, said Brooks Allen, director of education advocacy for the ACLU of Southern California.

But, "at the end of the day, you have to make sure all students have equal access to instructional materials and that the ability to pay is not a barrier," he said in an interview.

Sara Roos, a parent whose children attend Westside schools, raised other matters: "I don't want my child responsible for a $600 device," she said. She added that some parents could refuse to sign a form because of philosophical objections to bringing in the high-cost, computer-based program.

"At school, that is the instructional material," said Gerardo Loera, head of curriculum and instruction. "You can't opt out of that."

But he had no answer regarding parents who refused to take responsibility for the tablets at home.

"We have to come back to you with that," he told the panel, which includes board members, union officials and others.

The district's contract with Apple stipulates that for three years, broken, lost or stolen machines will be replaced until they surpass 5% of the contract's value.

In any scenario, students will not be responsible for stolen iPads. In fact, officials said they don't want them to risk injury by resisting thieves.

The district hopes to discourage theft with tracking software and the ability to shut down stolen devices. The ability of high school students to defeat security measures, however, has raised some doubts about how foolproof these plans are.

Students at Roosevelt said they worked around district security measures to get to social networking and music streaming sites, among others.

"We're tweaking and really trying to balance how much access we give them," Chandler said.

Within a year, L.A. Unified plans to spend $500 million on the devices and educational software for all students; another $500 million will be needed to update schools with wireless capability.

re: The district's contract with Apple stipulates that for three years, broken, lost or stolen machines will be replaced until they surpass 5% of the contract's value.   The District’s broken, lost or stolen loss rate on textbooks is approximately 9% per year. Admittedly iPads are not textbooks; they are probably more subject to theft or breakage (though the cases on LAUSD iPads are pretty substantial!) and equally subject to loss – though more easily recoverable because textbooks don’t send out a signal when turned on.

As to whether parents are on-or-off the hook: One gets a different answer from different people every time one asks. I participated in an  official on-the-record meeting with counsel for the District and counsel for the Bond Oversight Committee present where senior staff said - and repeated when questioned -  that parents would not be held accountable for accidental loss or damage and I consider that official.