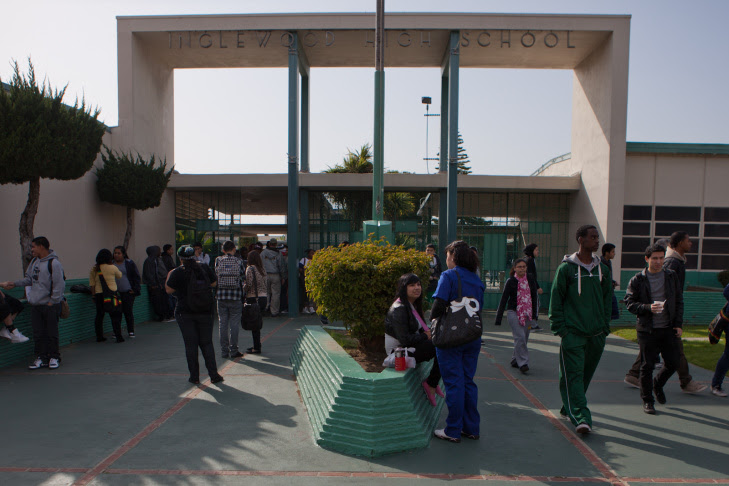 September 6th, 2013, 5:12pm  ::  A day after the Los Angeles County District Attorney's Office announced the indictment of staffers from the Inglewood Unified School District [and other districts] for participating in a school book-theft ring,  the district's trustee said the school system is looking into wrongdoing by several other workers.

"It varies from irregularities in the payroll department, the school police force," he said.

Among them is the chief of Inglewood Unified’s police department, William Carter. He was put on leave earlier this year for “legal/personnel issues.” Carter could not be reached for comment.

The state took over the district last year when it was too far in debt to stay afloat. After providing $55 million in loans, state officials said the district still may not have enough money to fully fund the 2014-15 school year.

Brann, who took over as trustee  in June, said he is trying to turn the culture around.

"I think Inglewood has traditionally been adult-oriented rather than child-centered," he said.

The employee investigations, Brann said, are ongoing and have yet to be forwarded to the district attorney’s office for prosecution.