Beyond the Headlines: THE N.Y. TIMES TAKES A DEEPER LOOK AT MATH & SCIENCE

If you’re not an online subscriber to the New York Times, you might want to max-out your free monthly quota (of ten stories) today. [ smf: I just ordered the entire issue on my Kindle: 99¢ ] The Science Times section, entitled “Learning What Works,” focuses exclusively on education with a look “beyond the alarming headlines about science and math achievement.”  One article, “Fewer Topics, Covered More Rigorously” reports on the Common Core implementation in New York; another, “Field-Testing the Math App,” looks at preschool apps developed with Boston Public Radio, WGBH. 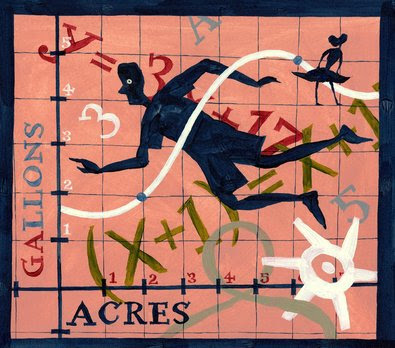 Adopting rigorous standards, and sticking with them while giving teachers some breathing room, has helped Massachusetts’ students rise to No. 1 in the nation on science and math achievement.

As states adopt the new Common Core standards for math education, teachers prepare for a shift from breadth to depth, particularly in the earlier grades.

Guesses and Hype Give Way to Data in Study of Education

Amid a sore lack of data, one federal office is conducting randomized trials of various educational programs to determine which live up to their claims.

With its usual silliness, “Sesame Street” is introducing serious concepts about nature, science, math and engineering to its target audience of children too young to read.

While the world may be dazzled by Chinese students’ test scores, educators in China worry that the lack of hands-on science learning is stifling innovation and critical thinking.

Eugenie C. Scott, longtime director of the National Center for Science Education, has spent a career beating back efforts to teach creationism in schools across America.

Meet some high school and college students who have taken stands on issues connected to science education.

Mixing related but distinct concepts in lessons has proved more effective than focusing on one subject at a time, though it feels harder.

With the advent of interactive touch screens, educational apps have taken off. Until recently, there has been little research into their effectiveness, but that is starting to change.