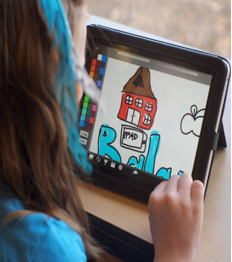 6 Sep 2013  ::  We knew that the old apple was going to get polished. When we first heard that the Los Angeles Unified School District (LAUSD) approved a $30 million contract with Apple Inc. to buy iPads for every student in the first phase plan to have 700,000 students supplied with iPad tablets we just knew this was only the beginning and the cost would sky-rocket rapidly.

The funds for these iPads come from two bond referendums initially ear-marked for construction and maintenance of facilities. This is our money. The district is using school construction bonds, approved by voters, which have nothing to do with the purchase of iPads. This discrepancy has caught the attention of the alert members of the Bond Oversight Committee. Since students will be taking the iPads home there is also a legal issue about spending bond money to pay for them.

The cost is $700 per iPad is which $300 more than the shelf item because they are equipped with all the bells and whistles every budding student needs. The bells and whistles include funds to hire school technical assistants, provide the wireless infrastructure, loss of the iPads, insurance, professional development for teachers, costs for replacement devices, pre-loaded software that has been only partially developed, tracking software, a designer leather case, and a three-year warranty.

School superintendent John Deasy said the cost of this contract with Apple Inc. could easily run over $400 million. It appears that Apple used W. C. Fields as their sales agent and we, the taxpayers, are the suckers. Let’s see how the cost continues to sky-rocket in the near term.

Wow, it just zoomed to over $1 Billion along with the following issues:

At this point the case for procuring iPads for students looks bleak. Let us look at the recipients of these gifts from the Los Angeles taxpayers.

Primary Age Student-Parents, students, teachers, and observers of students at the primary level offer a glimmer of hope. "It gives us the sense of hope that these kids are being looked after, that they're now able to move into the future," said Dwayne Loughridge, a parent who also works at Broadacres School as an aide. "It gives them a sense of aspiration and inspiration ... that we're not left out."

To students in Karen Finkel's second-grade class at Broadacres, the tablets initially seemed like toys.

"I'm having fun on this iPad," said Beautiful Morris, who was using a photo-effects app to distort an image of her face in the manner of a fun-house mirror. She also tried out a kaleidoscope effect and a double mirror.

Her teacher's typically orderly class was distinctly turbulent in the morning as students explored their iPads amid a swirl of district staff and visitors.

By the afternoon, at Cimarron School, third-grade teacher Tiffany DeCoursey was trying out a lesson inspired by the children's book "Have You Filled a Bucket Today?"

Students drew a bucket on their iPads with a finger, then typed in what they wanted it to contain.

It's the kind of activity that could be done with paper, pencil and crayons, but DeCoursey is excited by the potential of the device.

"At the beginning of the year you usually have arts and crafts projects," DeCoursey said. "Now they can create movies. If they have a burning question and I don't have an answer, now they can Google. It's literally going to bring the world into the classroom, but positively."

DeCoursey had three days of training on both the iPad and the state's new learning standards, which she's supposed to teach with the devices.

That pace concerns Brandon Martinez, a professor at USC's Rossier School of Education.

"Having an iPad for personal use is not the same as using it to instruct students," Martinez said.

"Before you put any kind of technology into the hands of students, the teachers have to be fully trained and capable of using it to teach."

Advanced Age Student-The predictions of what will result from giving older high school students  iPads are based more on facts than projections. Test and performance scores exist at this point, aspirations and goals of the student have been more clearly defined, and a clear knowledge of the realities of the economy and the real world is evident.

This reiterates the question of what jobs these students are being prepared for. Reference the CityWatch link “Why America’s Youth Aren’t Finding Jobs.”

With advanced aged students the likelihood the following will happen to the iPads within the first week becomes more prevalent. They will be:

I hear W. C. Fields rummaging around and mumbling something about billions and billions more.

Remember this will only last for 3 to 4 years before the iPads are obsolete and we start polishing all over again.