Prosecutors say the districts – Los Angeles, Inglewood, Lynwood and Bellflower Unifieds, including the Mayor’s Partnership and Green Dot – so lacked any organized tracking system that they cannot say with any certainty how many books were stolen 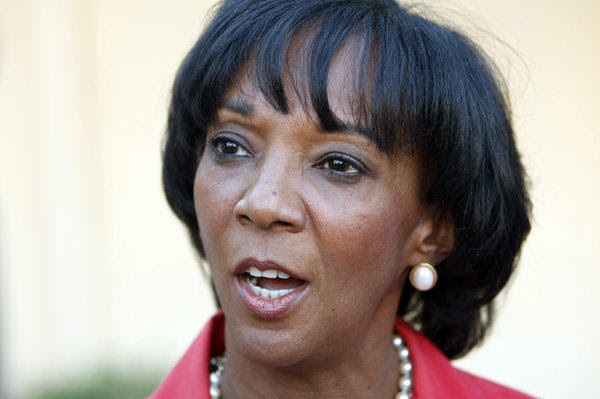 September 5, 2013, 4:18 p.m.  ::  L.A. County prosecutors have charged 13 employees in four of the region's most financially strapped school districts with stealing thousands of textbooks for a book buyer, who allegedly paid them $200,000 in bribes.

A 37-page indictment unsealed Thursday tells of a book-selling scheme in which book buyer Corey Frederick recruited two librarians, a campus supervisor and a former warehouse manager, among others, to allegedly steal thousands of books from schools in Los Angeles, Inglewood and Bellflower.

In return, the operators of "Doorkeeper Textz" in Long Beach would pay the employees from $600 to $47,000 for acquiring textbooks, which were district property.

In some cases, prosecutors allege Frederick would resell the books through other intermediaries back to the institutions from which they were originally stolen weeks before.

Prosecutors, according to court records, allege the participants pilfered at least 7,000 textbooks from the Los Angeles Unified School District alone.

“Taking books out of the hands of public school students is intolerable, especially when school employees sell them for their own personal profit,” Dist. Atty. Jackie Lacey said in announcing the corruption probe.

She called it a "web of deceit at our children’s expense.”

Prosecutors uncovered the scheme after Inglewood Unified School District police notified prosecutors of an alleged embezzlement in their district.

At the center of scheme was Frederick, a Long Beach book buyer who during a two-year period beginning in 2008 paid a dozen school employees to steal textbooks in literature and language arts, economics, physics, anatomy and physiology, prosecutors said.

The indictment alleges Frederick paid out more than $200,000 in bribes to the school employees. They, in return, allegedly allowed him to take whatever books he requested, even some new textbooks.

Prosecutors on Thursday said the districts so lacked any organized tracking system that they cannot say with any certainty how many books were stolen.

Among those accused of accepting bribes was :