February 26, 2016  ::  At Tuesday night’s CNN Town Hall in South Carolina, public education got a moment on the Democratic primary campaign stage. But was it real?

Reminiscent of Joe the Plumber entering the public realm in 2008’s presidential race, audience member John Loveday was introduced as the principal of a charter school. He asked Democratic presidential candidate Hillary Clinton whether she would support a longer school day or school year to keep up with India and China.

Given the limited attention K-12 schools have received in any of presidential campaigns, education voters were glad for an opportunity to evaluate a K-12 position.

Public education advocates recognize this particular question as a talking point of Democrats for Education Reform, “Third Way” dems who seek to turn public education into a business. They're supported by disruptive innovators poised to receive massive amounts of public money to provide the services. It wasn’t surprising that this question would come from a charter administrator. You can think of it as you would if a fund manager wanting to privatize social security asked a candidate about collecting fees on retirement accounts.

The charter principal claimed that his school was doing something innovative--and he hoped to hear Secretary Clinton declare her support for it--and thereby support for charters.

“My charter school is unique because we are the only school in the state that offers more instructional days than required by law. We offer 230 instructional days versus the traditional 180. If you look at countries like India and China, they offer--they require--their high school students to attend 220 days to attend on average. That’s 40 more than our high school students. Do you think that puts our students at a disadvantage and, if so, how would you work with states to modernize that policy?”

Hillary Clinton answered by explaining that some kids languish when school lets out for the summer. She concluded, “I have said I want to be a good partner for educators and teachers. But I want to help them do what they know they are supposed to do. We need better and fewer tests, not more tests. We need more support in the classroom because a lot of kids come with needs.”

But just like Joe the Plumber shared the spotlight with the candidate years ago, this charter principal deserves some attention, too. Is he helping the kids Clinton describes? Should a presidential candidate support innovations like his?

Well, Loveday is the principal of an online, virtual charter school which boasts that students “can enroll any time of the year. Our self-paced curriculum allows students to graduate early or to take the extra time they need to master a subject.”

So it’s hard to take Loveday at his word when he seems to brag about his school offering more instructional time to give American students an edge. Is his school really just taking advantage of more days of funding? We don’t know for sure.

But the question--and the questioner--underscore something important. With “innovators” like this charter administrator at the mic, we need candidates to show they understand what is really being asked about public education policy. To determine that, we need more education questions to be asked in the first place.

To judge who is most capable of standing up for our schools, we need to know if candidates even understand how much is at stake. For that to happen, this election must include a more vigorous education debate.
Posted by smf at 6:52 PM No comments:

WITH GROWING EVIDENCE THAT STUDENTS ARE SUFFERING FROM THE INTENSE COMPETITION FOR COLLEGE ADMISSION, SCHOOLS AROUND THE COUNTRY ARE RETHINKING EVERYTHING FROM TESTS TO CLASSES TO START TIMES

Feb. 12, 2016 1:28 p.m. ET  ::  Last year, at the West Windsor-Plainsboro Regional School District in central New Jersey, superintendent David Aderhold decided that students had had enough. District staff had recommended mental-health assessments for more than 120 middle- and highschool students for depression, anxiety and suicidal thoughts—a pronounced increase from the previous year. In a letter to parents last fall, he wrote, “I cannot help but think that we may be failing [our students] by reinforcing an educational system that perpetuates grades at the expense of deep and meaningful learning.”
Mr. Aderhold isn’t alone in questioning the high-pressure environment at many schools.

With growing evidence that students are suffering from the intense competition for college admission, schools around the country are rethinking everything from tests to classes to start times.

Mr. Aderhold, whose district near Princeton University includes 9,800 students, has enacted reforms. He abolished midterms and final exams and instituted a no-homework policy during breaks and some weekends. It hasn’t all gone smoothly. Some parents have complained, worried that the changes will leave their children unprepared for elite colleges.

Other schools are making similar changes. Last year, the board of education of Montgomery County Public Schools in Rockville, Md., one of the largest and highest-ranking districts in the U.S., voted to eliminate high-school final exams and to replace them, starting next fall, with in-class projects and tasks. Some schools have scrapped Advanced Placement classes, saying that they contribute to academic pressure.

Others are aiming to give students more opportunities to explore their passions, work on real-world projects and collaborate and learn from other students of all ages. The idea is that education must be for life and “school needs to stop getting in the way of curiosity,” said Ira Socol, an educator at Albemarle County Public Schools in Charlottesville, Va.

The Albemarle district has added music studios and spaces for hackers and “makers” to its middle and high schools in the past several years so that students can take charge of their own learning and do interdisciplinary, hands-on work. At one middle school, students built tree houses in the cafeteria, learning problem-solving and technical skills along the way. Students can now sit in the tree houses to eat lunch, congregate and relax. The schools have also begun to gravitate away from traditional exams and toward portfolio-based assessments.

To deal with the problem of sleep deprivation, some schools have adopted later start times. In 2014, researchers at the University of Minnesota examined data collected from more than 9,000 students at eight high schools in Minnesota, Colorado and Wyoming that had made this shift. The study found that when schools started at 8:30 a.m. or later, teenagers reported lower rates of depression and substance use, fewer car crashes, less absenteeism and tardiness, and higher test scores. In November, the Seattle School Board voted to require city high schools to move start times from 7:50 to 8:45 a.m., making it one of the largest districts in the country to implement the change.

College and university administrators have started to take notice as well. In January, a report from the Harvard Graduate School of Education called for a fundamental reimagining of college admissions. Endorsed by more than 80 college presidents, deans, professors and high-school administrators—including every Ivy League admissions dean—the report argued that colleges must value ethical and intellectual engagement, “deflate undue academic performance pressure” and “redefine achievement in ways that create greater equity and access for economically diverse students.”

The recommendations included: discouraging students from overloading on AP or International Baccalaureate classes; asking candidates for admission to describe only two or three meaningful extracurricular activities on their applications, to show that the colleges value quality over quantity; and evaluating whether the SAT and ACT standardized tests should be optional.

The reformers hope that these steps will ease the high-stakes achievement culture. As Mr. Aderhold of West Windsor-Plainsboro told me, “We’re not producing widgets. We’re producing citizens of the world.”

—Mr. Goyal is the author of “Schools on Trial: How Freedom and Creativity Can Fix Our Educational Malpractice,” to be published Feb. 16 by Doubleday. 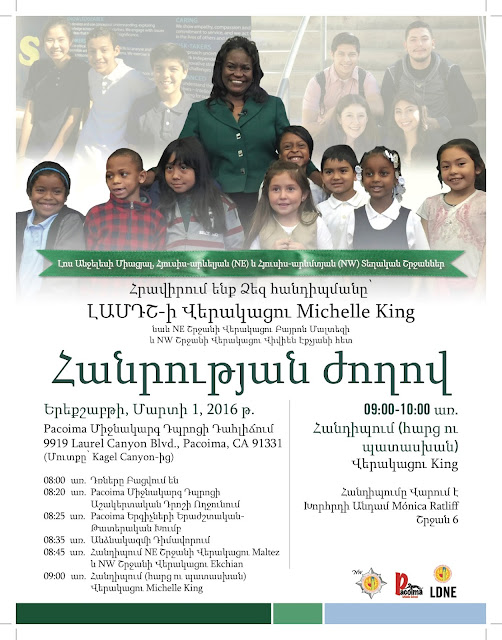