School officials' motives in having students' cyber-postings monitored may be well intentioned, but the practice is a slippery slope.

Editorial by By The  LA Times editorial board | http://lat.ms/1a6XZG4 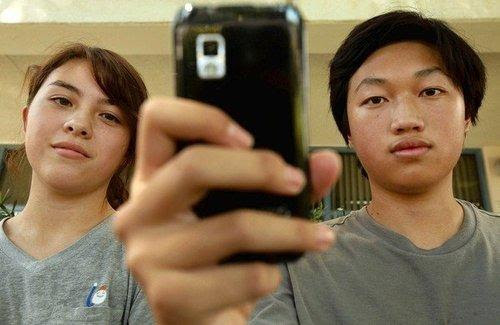 September 18, 2013  ::  Glendale school officials have hired a firm to monitor the social media postings of their students, apparently in an effort to learn about potentially dangerous behavior such as cyberbullying, suicidal thoughts, sexual harassment or drug use. The firm might turn up some troubling stuff, and even if it doesn't, knowing that Big Schoolmarm is watching might persuade some teenagers to show a little more caution about what they broadcast online, which would not be a bad outcome.

But neither of these potential benefits outweighs the creepy thought that school officials are intruding into students' off-campus lives and spying on conversations that are, in the vast majority of cases, none of their business.

The Glendale Unified School District is contracting with a company called Geo Listening to scan the postings of students at three high schools. School officials' motives seem pure: They want to protect students from harm. The school superintendent told The Times that the district is still reeling from two suicides by students in the area (including one in the district) during the last school year.

School officials have the right (and responsibility) to intervene when they become aware of potentially dangerous situations that affect their students, even when the acts occur off campus or on the Internet. Recently, for example, a federal court ruled that a Nevada school had acted within its authority when it expelled a student for threatening fellow students on his MySpace account, including references to gun violence.

But acting on a troubling situation is different from seeking out trouble. Not all online teasing or troublemaking leads to catastrophe, and the slope is a slippery one. Does looking for potential threats devolve into ferreting out all ugly comments about the school or its staff? Does the school start looking for all kids who drink alcohol, or claim to do so? The district's action would almost certainly have a chilling effect on the free speech of any student who knows about the online monitoring. It erodes trust between schools and their students.

And it could backfire in ugly ways. Knowing their online posts are monitored, teenagers might make fake comments and accusations, either in jest or revenge, that lead school officials on wild-goose chases or lead to investigations of innocent people. Meanwhile, rest assured that students will figure out other ways to communicate their real thoughts and activities to one another, in places where the district cannot poke its cyber-nose.

smf - Just the same …and not the same @ all!: Just in time for National Banned Books Week – which is next week!