STATE AND LOCALS TO U.S. SENATE: REWRITE NO CHILD LEFT BEHIND ACT

September 12, 2013 :: A collection of big-name state and local government groups really, really wants U.S. Senate leaders to bring a bill to the floor to reauthorize the Elementary and Secondary Education Act, and soon.

"State governments, localities, and schools need a long-term resolution for the issues raised by the current federal education law, the No Child Left Behind Act," write the National Governors Association, the Council of Chief State School Officers, the National League of Cities, the National Association of State Boards of Education, the National Conference of State Legislatures, and four other groups, in a letter sent to Senate leaders today: 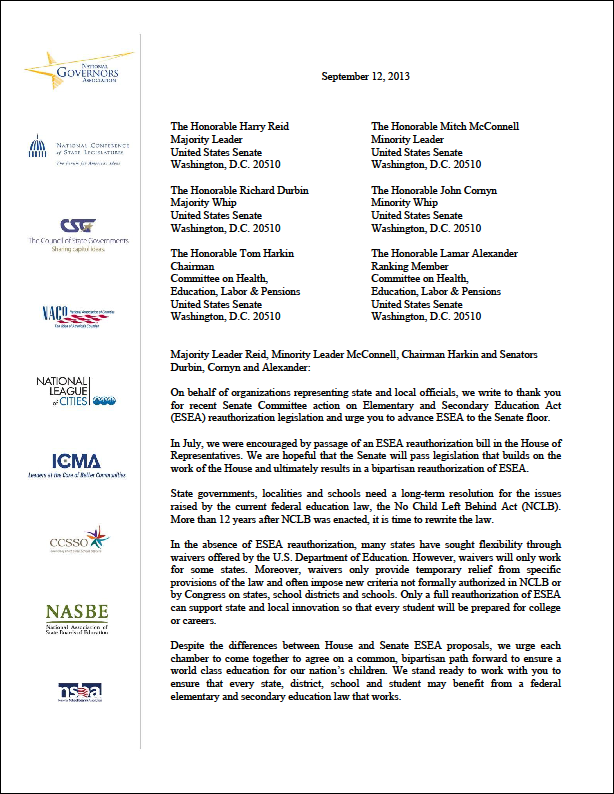 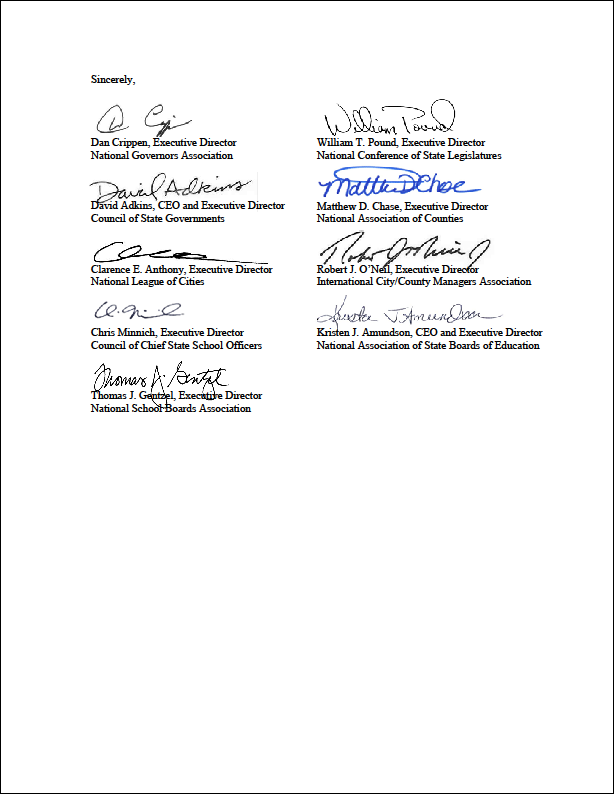 Apparently, the U.S. Department of Education's solution—waivers—is no substitute for an honest-to-goodness reauthorization.

"Waivers will only work for some states," the groups write. "Moreover, waivers provide only temporary relief from specific provisions of the law and impose new criteria not formally authorized in NCLB or by Congress on states, school districts, and schools."

The Republican-led House of Representatives back in July passed a bill to renew the law with no Democratic support. In the Senate, led by Democrats, the education committee passed a bill with no Republicans on board a month earlier. The letter acknowledges that there are "differences" between the two approaches.

(Big understatement? Check out this interactive graphic and decide for yourself).

But the groups urge Congress to do its job and come up with a bipartisan approach. (That is not going to be easy. And it's unclear if the administration is really even doing much to help move reauthorization along, despite what Secretary of Education Arne Duncan wrote in this op-ed.)

Does the new letter look familiar? It should. Many of the same organizations sent a very similar one to Congress earlier this year. And another one last year.