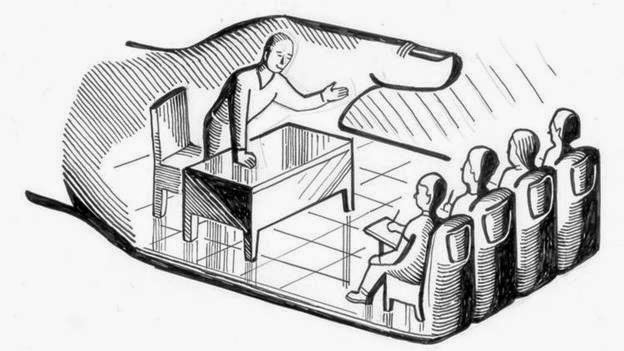 Unless it's overturned on appeal, the Los Angeles Superior Court's June decision in Vergara vs. California making it much easier to fire teachers will hurt students if lawmakers, unions and other state education leaders don't move beyond its limited focus and address the many factors that adversely affect student learning and teacher performance.

Stakeholders must come together around a “grand bargain” that would address not only teacher incompetence but all the obstacles educators face that, in the end, prevent many students from learning.

The court's ruling, which Gov. Jerry Brown has appealed, found that several California employment statutes violate the state Constitution's guarantee of equal educational opportunity. Judge Rolf M. Treu wrote that evidence that a disproportionate number of poor and minority students are more likely to have ineffective teachers is “compelling,” adding that it “shocks the conscience.”

Were Vergara to hold up, administrators would be able to fire teachers with little difficulty. That's what has generated all of the excitement, the belief that no student will ever again have to be subjected to a bad teacher.

Or so the thinking goes. Unfortunately, the ruling misdiagnoses the problem of teacher ineffectiveness and gives false hope for the cure it prescribes. That's because ineffectiveness in the classroom often does not derive from incompetence.

To be sure, many of those who teach in poor neighborhoods don't have the same effect on test scores as those who teach in wealthier schools. But most schools that serve poor and minority students — those with high concentrations of English learners, transient students, students with health problems and so on — have fewer resources to meet students' many needs, larger class sizes and inadequate materials and facilities. In addition, they are staffed with many beginning teachers who turn over at high rates. Not surprisingly, student achievement suffers.

Also, schools that serve poor students routinely assign teachers to subjects in which they have no expertise. For instance, a 2008 study showed that 27% of math courses in schools serving poor students were taught by teachers who were not qualified to teach math.

Why are schools that serve poor and minority students overstaffed with inexperienced and out-of-field teachers? Most teachers seek to make a difference and are eager to teach disadvantaged students. But many don't want to teach in such schools because most of them are extraordinarily difficult, dysfunctional places to work. The teachers there suffer from poor professional support, low morale, run-down facilities, a revolving door of principals and unrelenting accountability pressures.

Ineffectiveness in the classroom often does not derive from incompetence.

Consequently, administrators in these schools can't attract and keep enough well-qualified, experienced teachers. That, in turn, highlights another critical flaw in the judge's decision — the assumption that these schools can find suitable replacements for fired teachers. Quite the contrary, and administrators' power to fire teachers without real due process will only exacerbate the teacher recruitment problem.

At the Vergara trial, powerful evidence was aired about the devastating effects of poverty on student achievement and about the state's meager investment in its K-12 schools. California, whose child poverty rate is among the nation's highest, spends less per student than almost every other state.

So, what's the best path forward? The case will probably linger in the courts on appeal for years while battles over tenure and other employment statutes intensify. None of that bodes well for students.

We need a “grand bargain” — now — that addresses all of the conditions affecting educator effectiveness and gives students the kind of instruction they deserve. What would such a bargain include?

For starters, the state should develop a new teacher dismissal process that is fair and efficient. It should not take years and hundreds of thousands of dollars to fire an ineffective teacher if he or she has been given a reasonable chance to improve, has been carefully evaluated and hasn't done better.

Brown signed legislation this year that provides a fair and efficient way to adjudicate cases of gross teacher misconduct. Education leaders should develop a similar way to handle cases of teacher incompetence. They also should develop solutions for the other statutes that the court struck down, such as the one that allowed teachers with more seniority to keep their jobs during layoffs. California could do what other states have done, recognize experience along with other factors in making layoff decisions.

But California must have a solid due process system for teachers, and contrary to popular belief, that's all that tenure provides. Without a reliable way to determine whether a teacher is truly incompetent, the state will return to an era when employment decisions were fraught with abuse that included higher-salaried, experienced teachers replaced with less-expensive beginners and competent teachers fired because of their political or religious views.

A grand bargain also would need to address other problems that cause teacher ineffectiveness and make some schools unattractive places to work. The good news is that many of the strategies needed exist in “Greatness by Design,” a recent report from a diverse group of California stakeholders (myself included) to boost educator effectiveness.

Here are three recommendations from the report:

Through its new weighted student funding formula, California is wisely directing more resources to the schools that need them most. But we will never see real equity when it comes to teacher effectiveness until the state provides enough education funding to fully address the problem.

●● Somebody else’s 2¢: Commenter Mayo Gubbins on the Times website at 10:44 AM on September 20, 2014: “Seems to me that inefficient teachers are probably a small problem in education, and the need to fire them is also a small problem. The major problem in CA education appears to be poverty, students who don't speak English as a first language, and lack of funding.”

●●smf: It seems that way to me and many others too. I daresay most others.

Unfortunately it does not seem that way to Eli Broad or Dick Riordan or Bill Gates or the Walton and Koch Families. Their opinions on public education count for more in the editorial boards and halls of power than ours. Dr. Deasy in LAUSD gives this argument lip service when he says his mission is to eliminate poverty – which he believes he can do more effectively if it is easier to fire teachers and distribute iPads.

But the truth is that his mission - and that of all of our colleagues in education - is to educate children collaboratively, not competitively or as a business strategy to optimize performance or throughput.

And it needs to be all of our mission, “We the People’s” mission, to eliminate poverty. Once and for all. One day/paycheck/opportunity/diploma/successful child at a time.