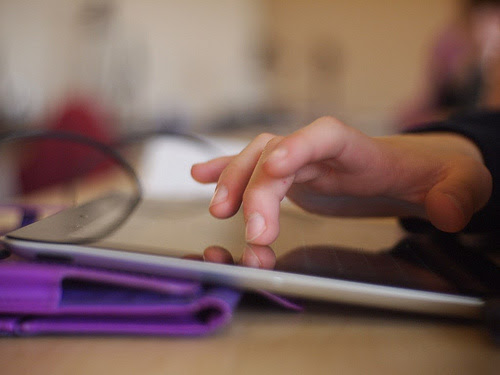 Superintendent John Deasy emailed the plan to Pearson CEO Marjorie Scardino on May 27, 2012, almost a year before the $500 million project went to competitive bid.

It indicates the district will call for competitive bids on its one-to-one technology expansion, but also require the educational materials company that got the contract "to train personnel in the content and skills needed to implement the CCSoC" (Pearson's Common Core System of Courses) and "use content and materials developed by Pearson in school-level training and development."

In an emailed response to KPCC, Deasy said the plan was referring only to a handful of courses Pearson was offering for free that were developed under a grant by the Gates Foundation - not the entire K-12 system of courses.

Deasy also maintains his and his staff's communication with Pearson in 2012 regarded a pilot program that did not come to fruition - not plans to purchase the software outright. However, he continued to laud Pearson's product as superior.

"Pearson had the best product we had seen to date for a set of CCSS [Common Core] aligned courses," he wrote.

The Pearson training did not ultimately end up in the request for proposals L.A. Unified issued for its technology project in March 2013. But Pearson and Apple did win the contract.

Deasy canceled the contract last month after KPCC published emails showing repeated meetings and discussions between L.A. Unified and Pearson and Apple executives regarding the technology project ahead of the bid.

KPCC had asked for the document - a "concept paper" emailed to Scardino - as part of its request for emails under the California Public Records Act. The district declined to release it until this week.

That plan does not state a firm commitment to buy Pearson or Apple products, rather calls them an "option." At one point, the plan states: "Superintendent Deasy is scheduled to meet with top executives at Apple to discuss anticipated partnership."

Deasy said in his written response that L.A. Unified did not intend to limit competition by requiring curriculum companies to train teachers Pearson's software.

"Anyone who was competent in providing additional support/alternatives to these open source courses would be welcome," Deasy wrote.

The school district's inspector general has reopened his investigation into whether close ties to Pearson and Apple influenced the bidding process.

The inspector general is now reviewing emails and other records showing the product Pearson was pitching in those discussions later resembled requirements in the competitive bid – from the iPad screen size to on-site tech support.

Deasy has said he did not craft the bid requirements nor was he involved in scoring the bidders. In his written response Tuesday, Deasy said the school district's specifications sought to get the best product for its 650,00 students.

"We are very clear about what it takes to work with us," he wrote. "The [Common Core state standards] require digital age teaching and learning. Furthermore, this is precisely why we hold industry forums so that we see what is on the market and then we choose what we want for our students."