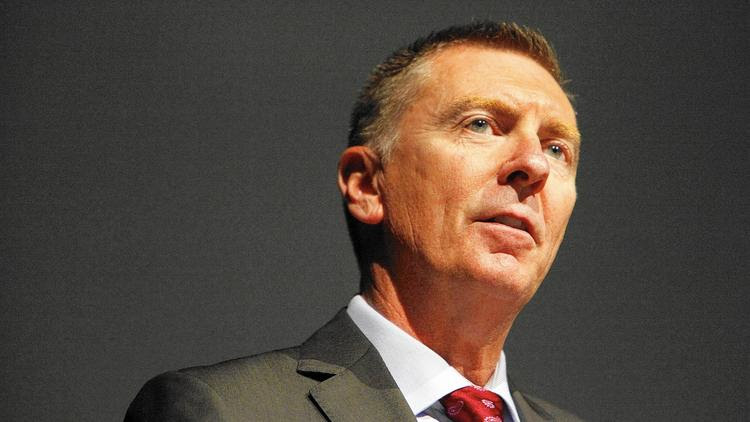 The district's proposal was discussed for the first time in a meeting of the independent School Construction Bond Citizens' Oversight Committee, which reviews the use of school construction money. The bond panel rejected the plan, saying that L.A. Unified had not proved that it urgently needed these devices.

The purchase request is the latest development in a $1.3-billion project that was supposed to provide computers for every student, teacher and campus administrator in the nation's second-largest school system.

In all, the Los Angeles Unified School District bought 109,000 iPads before schools Supt. John Deasy suspended further purchases Aug. 25. He said the district would begin a new bidding process because of the evolving market, advances in technology and "lessons learned" in the first phase of the effort.

Mark Hovatter, head of the facilities division, said the district was looking for the best way to handle the need for computers. "We're just looking for devices," Hovatter said. "We're not tied to this contract. But it is an option that is available to us if it offers the best deal for the district. We didn't terminate the contract."

Schools would be able to choose the iPads or different computers under other contracts, he said.

The district also wanted authorization to spend $16.5 million to buy computers for every middle and high school teacher as well as for office staff. The immediate purpose is to help teachers use a new online student data system that malfunctioned across L.A. Unified at the start of the school year. The computers can also be used for instruction.

The oversight committee again was concerned about potential overspending. It approved only a third of the requested amount.

The committee's actions are advisory and are not binding on the Board of Education, which is expected to make a decision at an upcoming meeting.

Deasy suspended the contract for iPads days after the disclosure of emails showing that the superintendent and his former top deputy had a close relationship with Apple, maker of the iPad, and Pearson, which provided curriculum on the devices. Deasy, who has denied any impropriety, recused himself from involvement in the bidding because he owned Apple stock.

New bidding has yet to begin, however, and the district said it needs $25 million more in computers right away to be ready for state tests. Those exams will expand to their full length this spring, requiring twice as long, about eight hours, to complete.

A longer test means more computers will be needed at campuses where students are sharing the devices, said Gerardo Loera, who heads of the office of curriculum, instruction and school support.

Especially at high schools, with students moving from period to period and having to fit in Advanced Placement exams and other tests, scheduling the state testing with limited computers is "like an engineering project to pull it all together," he said.

But members of the oversight committee challenged a district option to limit testing to two hours a day, all in the morning.

Committee Chairman Stephen English acknowledged that morning testing might result in somewhat better test scores, but said he was more interested in educational imperatives than purchases made to game the test.

Members were also troubled by the lack of an inventory of devices the district already owns.

Officials acknowledged the problem, adding that they lacked an accounting of older devices and products bought at schools, not with the central technology program.

I do not know why The Times always puts pictures of Dr. Deasy on these articles about the Bond Committee and iPads, etc. – unless it’s to remind the committee what he looks like. While the $1.3 billion CCTP/1:1 computer initiative may be his signature program, he has not appeared before the committee since he first announced the program.