PRIVATE GIVING AND THE INSOLVENCY OF CHAOS 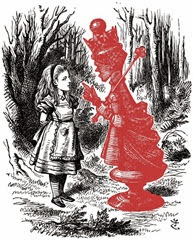 But why must it come via a third party? Every time a middle man is interjected, money for the thing itself is siphoned into third party hands. It is not an efficient way to fund the needs because it is not direct. There is overhead and a huge bureaucracy associated with DonorsChoice. When you give money to your child’s teacher through this medium, some fraction of your money never makes it to her. This is not efficient.

I would prefer my education-donation dollars be maximized for education, and not diverted elsewhere.

This means your “choice” is essentially a method to bypass the administration of a school. Because who is to say the funding propriety that you choose is optimal for the school itself? Who is to say that your child’s teacher’s needs is greater than another’s need within the school as a whole? This giving of “choice” to the donor, is bypassing the choice that we make as a democracy for a democratic education system to be administered centrally. Centralized administration is most efficient but mostly, it is the correct, fair way to administer a large, complicated system. It requires a ‘big-picture’ view of the whole to understand where funds are most needed for the greatest good.

And what of the donor? Was it not magnanimous of Google to give one million dollars in one fell swoop? Again, of course. But…. if they have such a philanthropic imperative to Give Educationally, why not write a check to LAUSD? Why not work with the district directly, funding a project that would garner the most possible from a wad of money as large as one million dollars? If I were to buy a computer one chip at a time, its cost would be prohibitive. There is an obvious cost advantage from centralized, organized, high-volume purchasing. Funding thousands of individual, small projects at essentially retail cost, is funding a whole army of middle men beyond even the big intercessor itself, DonorsChoose. For Google to fund this plethora of small projects is for one profit-reaping retailer to support a different fleet of profit-seeking retailers; educators come along for the ride called feel-good, self-serving philanthropy.

Another casualty of this inefficient, undemocratic process is fairness. Utilizing DonorsChoose is time consuming for teachers and the process, I am told, is onerous. Much is required of the grantee, and time spent begging, then accounting for money is time spent not teaching, or enriching the mind of the teacher of, your child.

It is a certain kind of classroom teacher willing to invest so much effort, so derivatively toward garnering a skimmed donation. And the children, or classrooms of such teachers are not in any way more meritorious than those not headed by this type of person. But these are the children who win the game of private-philanthropy, the ones who pulled a teacher willing to play along with privatization. This is not a pedagogical quality, it is a team-playing capitalist one.

The occasion of Google’s Big Gift is useful in illuminating how we each of us contribute to the empowerment of this privatization philosophy even when we give our own puny little contribution. Who does not want to see an underresourced kindergarten receive a circle time rug that will help calm and socialize its needy inhabitants? Who among us would turn our backs on our own children’s classroom bereft of lab equipment or calculator batteries or other necessities?

But it is the job of the school district that we empower to provide for these classrooms, and it is the job of our politicians to send adequate tax dollars into our children’s schools’ coffers to do so. Our schools are so needy because there is insufficient tax revenue funding our schools. Yet meanwhile this for-profit mega-company clearly has sufficient funds to gift education privately, when its modus is seen as magnanimous and worthy of lavish public acclaim.

Why is this largesse not funneled through appropriately levied taxes? Because one million dollars spent inefficiently, undemocratically, and unfairly – that is in this DonorsChoose way, goes in large part collaterally to enrich the public image of the company, at the expense of Education’s actual, great need.

It is no accident that the focus-grouped term “choice” figures so prominently in this organization’s title. It does likewise in the Charter movement’s nomenclature. This is the language of privatization-manipulation. This is the manner in which non-democratic, non-public funding is laundered bit by bit until eventually it feels virtuous, unassailable. By featuring the term “choice” it is suggested that you are exercising free will yet all the while that which you have not chosen is overlooked and underrecognized.

When we choose to fund our school system derivatively, through private donations, we employ non-pedagogical means in pursuit of educational ends. The system it nominally supports is in fact subverted by chaotic, piece-wise funding.

The purpose of the public sector is to provide basic, common civic rights, equitably. This is an efficient, fair way of serving one and all. Subverting our school’s finances dissolves the very foundation of our democracy: our schools.

“The whole people must take upon themselves the education of the whole people and be willing to bear the expenses of it. There should not be a district of one mile square, without a school in it, not founded by a charitable individual, but maintained at the public expense of the people themselves.”— John Adams