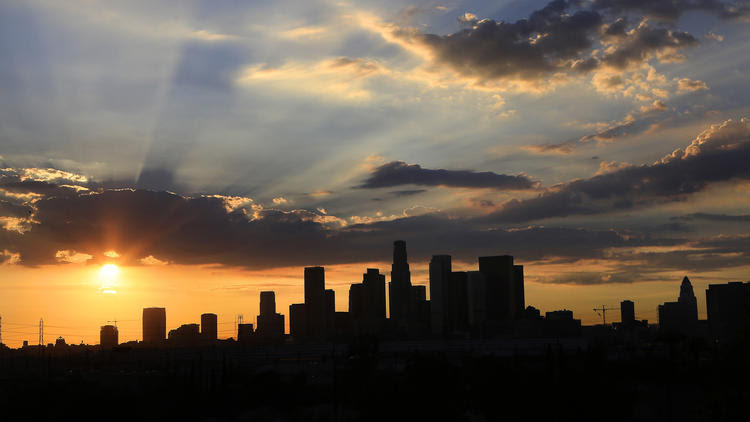 Old air conditioners are malfunctioning all over the L.A. school district

As intense heat continued its stranglehold on the Los Angelse area, students from at least one high school said they walked out of class.

Teenagers at Franklin High School in Highland Park took to social media to document temperatures in their classrooms -- 103 degrees, they said -- when air-conditioning units stopped functioning.

A school official said administrators were scrambling to accommodate students and teachers.

Monica Whalen tweeted “a classroom @ Franklin High” with a photograph of the classroom and a headline reading "103."

The student said some classmates had walked out of their fifth-period class and headed to a school auditorium that they presumed was air conditioned. She later tweeted that she was moved to a classroom with working air conditioning.

The school principal had apparently addressed students inside the auditorium.

Shannon Haber, a Los Angeles Unified School District spokeswoman, denied that students were walking out of class but did say eight air-conditioning units were not functioning on campus.

But the heat misery was hardly isolated to Franklin High.

There were issues with air conditioning districtwide. Nearly 500 calls for service for older air-conditioning systems were reported as of Monday.

Some of the district's older systems, Haber said, failed because of the heat.

"Safety is our first priority," she said. "These kids deserve air conditioning."

The district was working to address the problem, Haber said.

Meanwhile, she said, some students and staffers were being relocated in an effort to cope with the heat and continue instruction.

Before I go wandering into Tales of Yesteryear -  let me, as a member of the LAUSD Citizen’s School Construction Bond Citizens’ Oversight Committee, answer Siclair323’s question (above): Yes.

When I was in high school/in the olden days/when dinosaurs roamed the earth  we had our September heat waves – which came unpredictably almost every September like clockwork.

The next day, as temperatures remained in the triple digits, the headline was: Whew!

The next day the mercury rose again and we at Hollywood High sweltered. Air Conditioning was a new fangled thing – not to be wasted on children – and a bunch of students remained sitting on the lawn after lunch instead of returning to the overcrowded classroom/ovens when the bell rang.

A reporter showed up. And a photographer. More kids joined us on the lawn. The reporter got the students to pose for the photographer, cute girls in the front. A police car showed up – then one or two more.

The vice principals pleaded for us to return to class, no questions asked - no swats, no detention.

There was probably a hoot and maybe even a catcall – whatever that is. (Certainly neither the one finger salute nor the F bomb was employed – this was HHS ’66, not Berkeley ’68!)

After a while the crowd melted away. The good kids went back to class, the rest of us went home.

And that afternoon the Herald-Sensationalist headlined: RIOT AT HOLLYWOOD HIGH. And the story led the national news.

My point here is that it rarely takes more than an unsubstantiated tweet to generate a news story on a hot-but-slow-news-day. And the more things change, the more they stay the same.