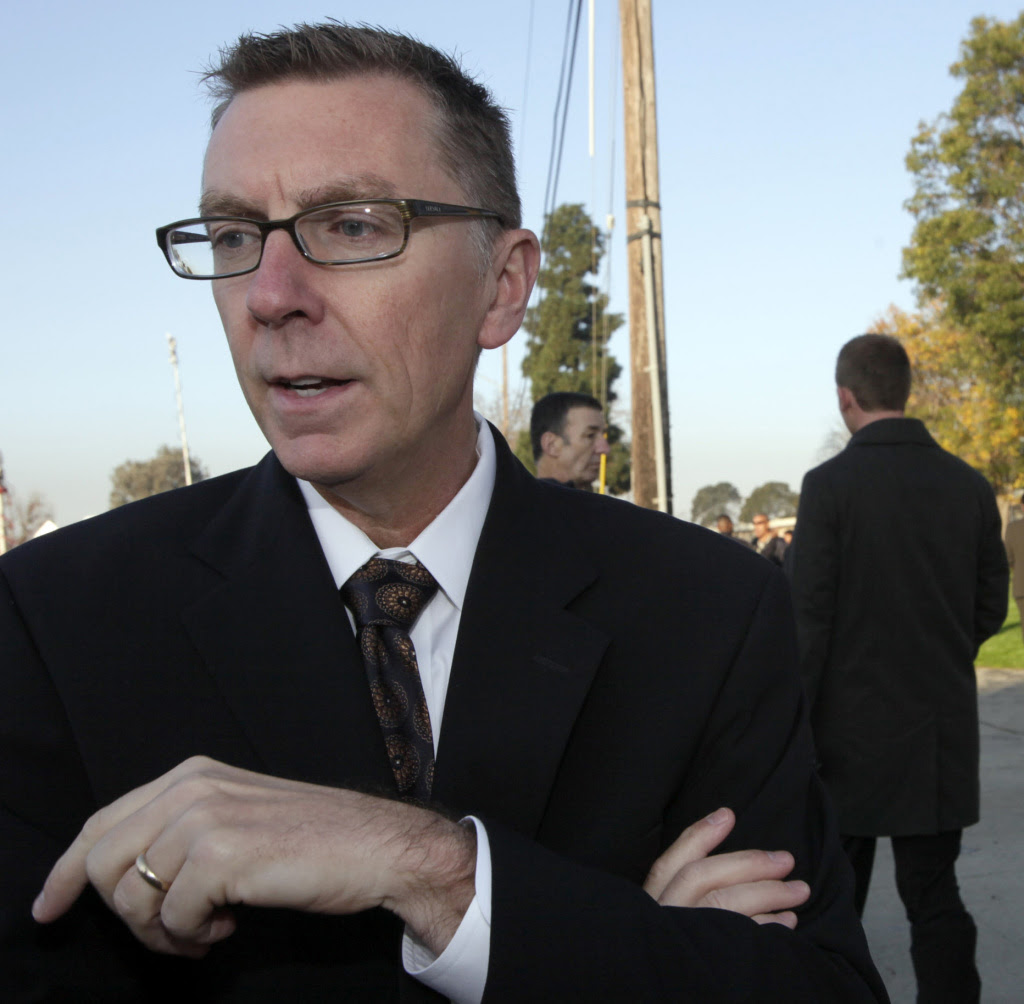 9-23-2014 07:31:18 AM  ::  After weathering a solid year of criticism for his controversial iPad program, taking a high-profile position in a case against teacher tenure and now dealing with the fallout of an irksome new attendance system, Los Angeles Unified School District superintendent John Deasy is about face the school board for his an annual review.

As ever, he is a lightning rod: The teachers union is calling for Deasy's resignation; his supporters are placing the blame on the board.

"In reality, when it's this dysfunctional, it just prevents action and creativity," Jason Mandell, spokesman for the California Charter School Association, wrote on Twitter.

Deasy's problems were fewer last October, when they concerned mainly a botched rollout of the iPad program. Still, rumors swirled then that Deasy would be fired or step down. Neither happened.

It's extremely rare for a school board to fire a superintendent. After the Centinela Valley school board discovered contract perks pushed Superintendent Jose A. Fernandez's compensation up to $663,000, the board still hired investigators to search for "cause" to avoid a pricey buyout. Faced with opposition, superintendents are more likely bow out.

There's no question Deasy is under mounting scrutiny.

The district’s inspector general has reopened his investigation into whether Apple and Pearson got a leg up in the $500 million iPad contract after emails obtained by KPCC showed early meetings and planning with Deasy and other high-level staff.

Deasy vehemently denied any impropriety, saying he ended communication with vendors during the bidding process and arguing earlier emails were related to a pilot that never got off the ground.

"In view of the many false and misleading statements of fact that have been made public for what seems to be primarily political reasons, I believe it is incumbent on me to set the record straight so that an extremely important initiative does not continue to be undermined or compromised," Deasy said in a six-page statement released to board members earlier this month.

Less than three weeks after KPCC published the emails, one of Deasy's top deputies, Ron Chandler, requested the school board purchase software programed to automatically destroy emails older than one year, a policy that had been previously passed but never implemented.

The school board approved the $294,500 purchase, but after public outcry, vowed to revisit the email deletion policy.

Deasy has also hired his own attorney, Harvey Saferstein, a business lawyer with experience in bid-rigging investigations.

Unhappy about media coverage over his emails to Apple and Pearson, Deasy made his own public records request August 28. Saferstein asked for emails between school board members Monica Ratliff and Richard Vladovic and other 18 technology vendors, including Apple and Pearson.

The issues are political fodder for Deasy’s adversaries, including United Teachers Los Angeles, which is currently battling the school district over raises.

"Our criticisms of John Deasy have been very consistent over many months and years - which is his style is an autocratic style," said Alex Caputo Pearl, the teacher's union president. "His style is run-schools-like-a-business style. Schools are not business or dictatorships."

Deasy has no lack of fans, either – some just as vocal and powerful as his adversaries.

He has been lauded by children's advocates for expanding free breakfast for students and civil rights activists for changing policies to reduce punitive discipline.

“I think John has been remarkably focused on keeping the needs of youth first," said Jed Wallace, head of the California Charter School Association.  "He talks about it again and again. He has had a great bias toward action and urgency that many within our traditional public school system simply don’t have.”

He said Deasy is expanding education options for families by championing charters.

Deasy's contract, which stipulates a $330,000 salary plus benefits, extends to 2016 but has escape clauses. It requires the school board to review him before October 31 each year, weighing graduation rates, student performance, attendance, parent engagement, school safety and other job performance factors.

"The Board may terminate the Agreement without cause due to loss of confidence or incompatibility with Board members, dissatisfaction with the Superintendent's leadership or communications style, policy differences, or other lawful discretionary reasons which do not constitute 'cause,'" according to the agreement.

Six of the seven school board members declined comment for this story.

Two of seven board members have close alliances with the self-described "reform" advocates such as Deasy, championing charter schools and challenging teacher tenure. Another four are friendly with the teachers union and critical of privatizing school services.

“Those checks and balances sometimes create tension," said board member Steve Zimmer, the only one who would comment. "I think that tension can be healthy. Especially when you have a leader like Dr. Deasy who is a catalytic leader."

He also said it’s not unusual for superintendents to disagree with their board - and for communication to be less than what it should be.

“Some superintendents," Tokofsky said, "treat board members like mushrooms: They keep them in the dark and feed them cow manure."

President Truman made some reference at some woman's club event to manure - and one of the ladies asked Bess Truman if she please couldn't get him to use another word. Bess said it had taken her thirty-five years to get Harry to say ‘manure’.

this was preceded by:

“Those checks and balances sometimes create tension," said board member Steve Zimmer, the only one who would comment. "I think that tension can be healthy. Especially when you have a leader like Dr. Deasy who is a catalytic leader."

It doesn't matter if the board of ed and superintendent are functional, healthy, balanced or even tensioned to specs with Steve Zimmer's metaphorical torque wrench. The District is dysfunctional!

CAT·A·LYST: (n) Chemistry. a substance that causes or accelerates a chemical reaction without itself being affected.

Maybe itself needs to be affected?