by PBA from The Brustein & Manasevit Federal Update via email

However, according to a letter sent by Assistant Secretary Deb Delisle, (follows) the CORE districts have now been placed on “high-risk” status because of their failure to develop and implement the School Quality Improvement Index and teacher and principal evaluation systems outlined in their initial waiver request.  This means that they must take some additional action in order to retain their waiver:

John Deasy, Superintendent of Los Angeles Unified School District and member of the CORE Board of Directors, addressed the high-risk status in a statement, saying, “We remain fully dedicated to implementing the most effective improvement and accountability system possible to best serve our students.”  He added, “A much higher risk to our students' and our communities' future would be to revert to the NCLB status quo.”
Arizona and Oregon have also been placed on high-risk status, both in 2013, for issues related to teacher evaluations.  Kansas had been as well, but successfully had its high-risk status removed in August. 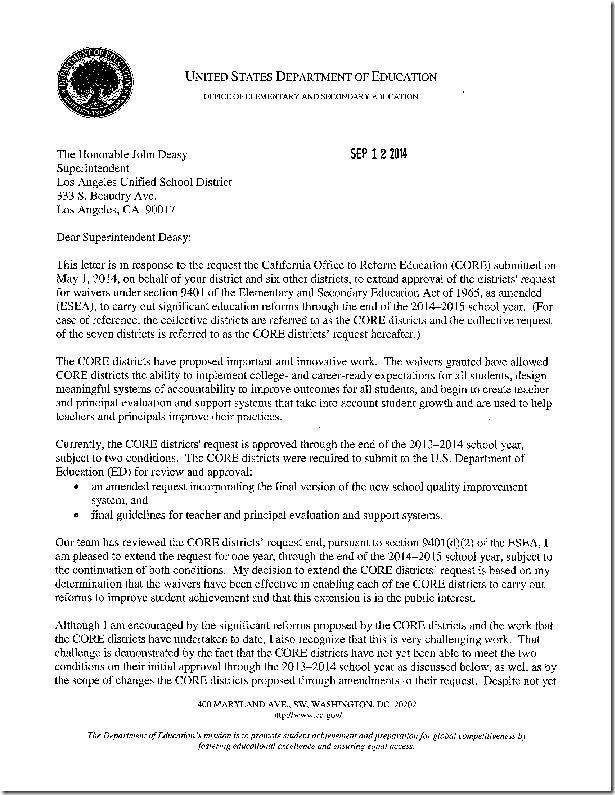 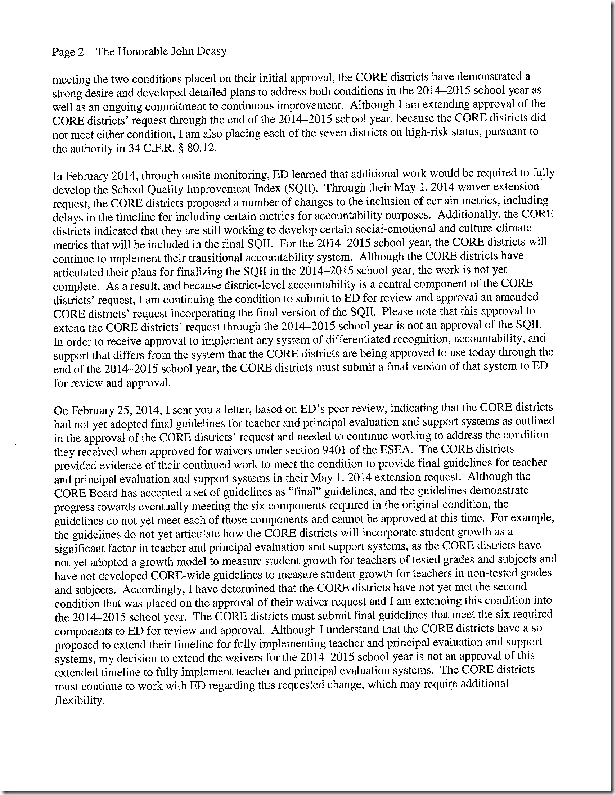 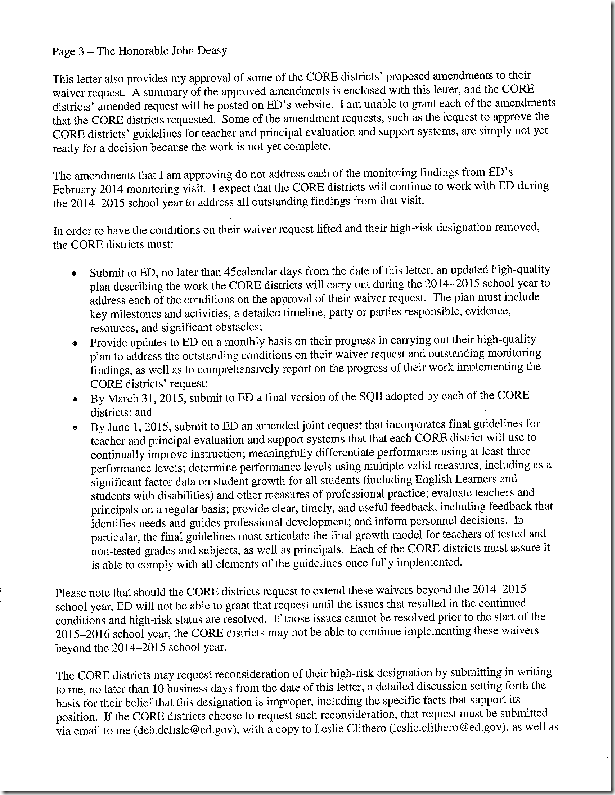 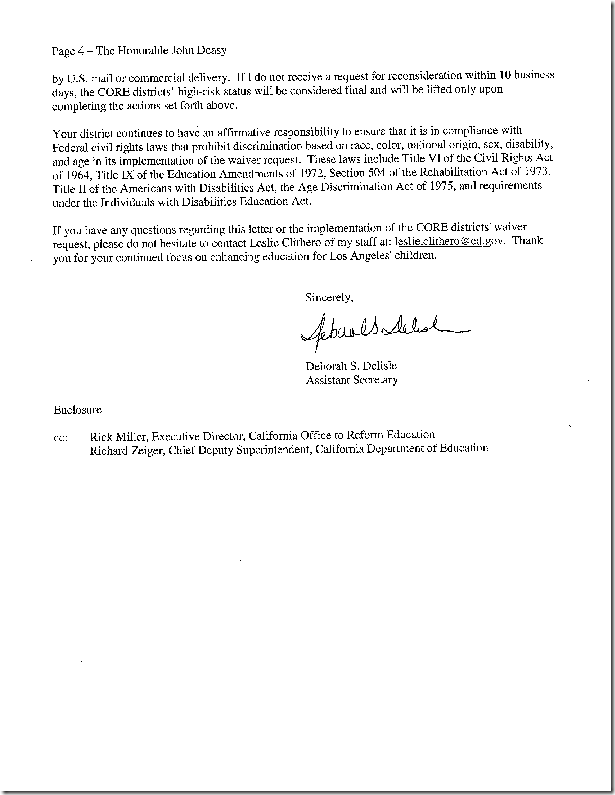 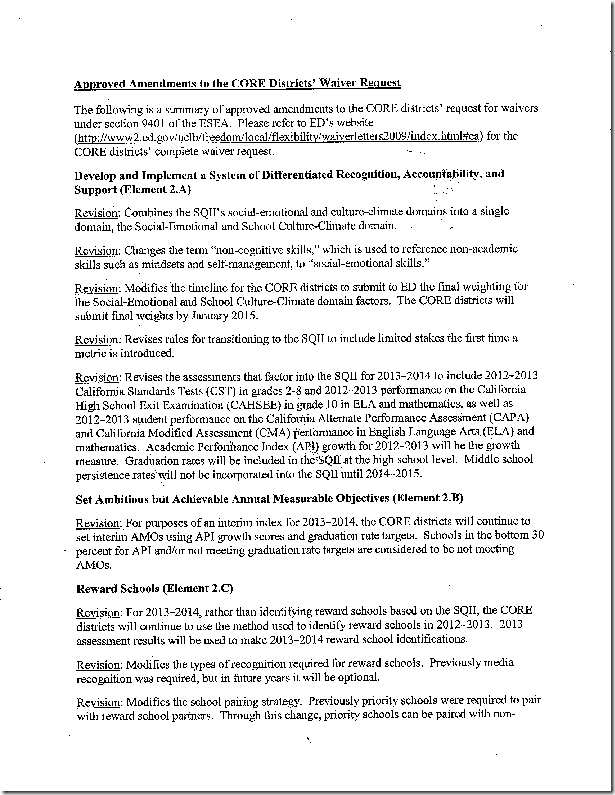 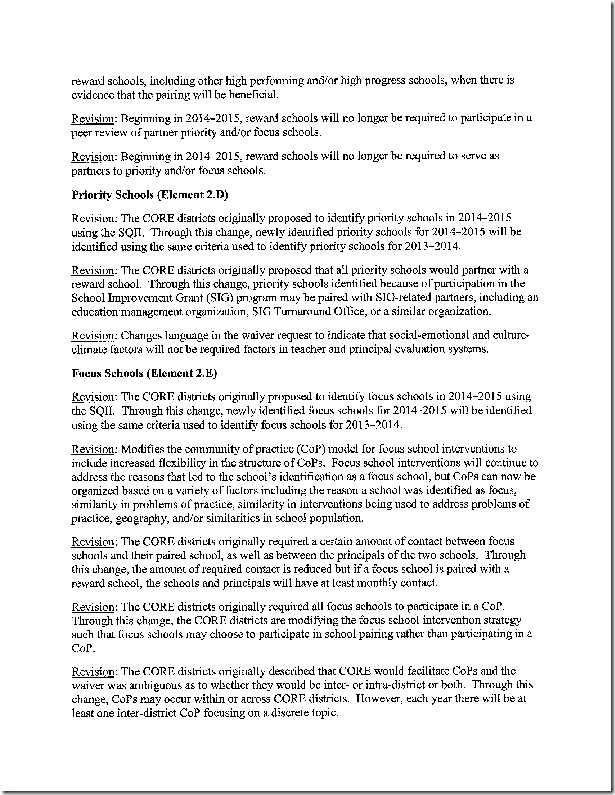 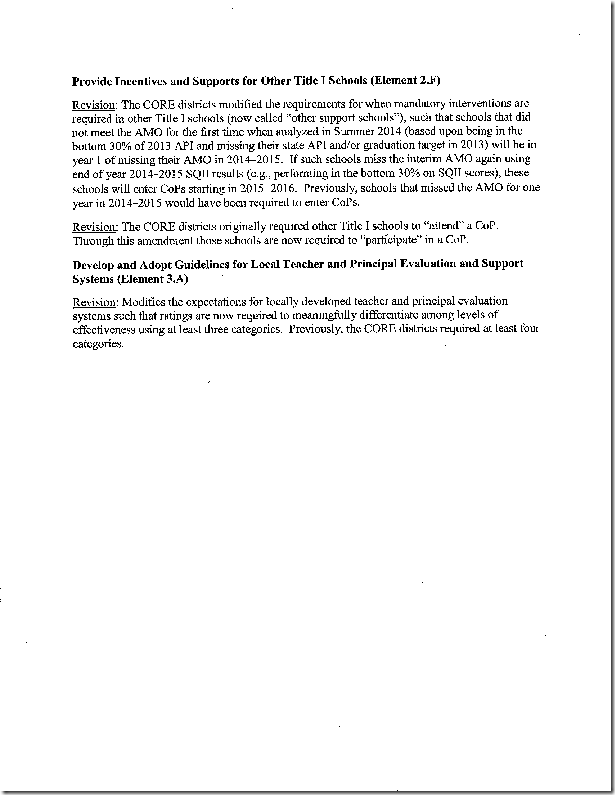