Letters to the editor: SUPT. DEASY IS A DISTRACTION FOR LAUSD 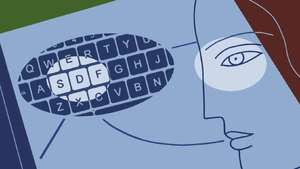 To the editor: Los Angeles Unified School District Supt. John Deasy got it right. At this point, the iPad scandal is not an internal LAUSD problem, it's a political issue. It became so from the instant that the public found out about emails that suggest a conflict of interest. ("Strained ties cloud future of Deasy, LAUSD," Sept. 12)

Not only are parents and teachers concerned about Deasy's relationship with Apple and Pearson—with whom Deasy and a deputy began discussing a contract two years before bidding on the project began — but also members of the community like myself who volunteer and work hard to support the education of our children.

At this point, Deasy is an unnecessary distraction that is hindering the LAUSD. The honorable option is for him to resign. Otherwise, the Board of Education should decisively intervene and terminate his contract.

To the editor: Deasy says he thinks about whether he should step down "all the time."

Oddly enough, and mainly due to his autocratic and aggressive leadership style, most of the teachers under him likewise think about his stepping down all the time.

To the editor: The Times is way too credulous of the LAUSD's rationale for deleting emails after a year. Brushing aside the question of hiding "district shenanigans" in a single sentence, the editorial instead takes up and then shoots down the district's own argument that the emails' storage cost is prohibitive. ("L.A. Unified should rescind plan to delete year-old emails," Editorial, Sept. 11)

But since that annual cost comes out to a small fraction of what the district paid for the 75,000 iPads it has acquired, I have to ask: Is The Times serious?