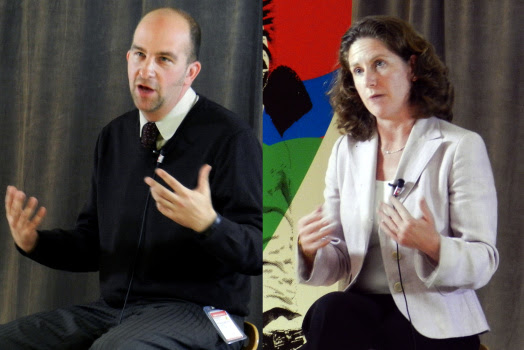 The L.A. Unified School District has been under scrutiny this year as it has faced some major public battles. Parents, teachers and politicians have all demanded reform, but the question is what needs to change and who can change it. That question has garnered attention for this year’s LAUSD school board elections. There are three out of seven seats open, but all eyes are on District 4’s candidates—incumbent Steve Zimmer and lawyer Kate Anderson.

The center of this controversy is whether or not the school board will support Superintendent John Deasy, a decision that the board is already torn about. District 4's candidates may cast the deciding vote. Zimmer believes it is healthy for the school board to not support the superintendent, and Anderson supports Deasy’s initiatives to change the current school system by placing more pressure on teachers. Anderson also argues that Zimmer does not have children in the LAUSD system and is out of touch with its real problems. However, many have questioned whether or not Anderson’s background in law and politics is translatable to education since she doesn’t have experience in it.

Both candidates, Zimmer and Anderson, join Larry for a live debate as they talk about where they stand on Deasy, why Zimmer does not agree with charter school expansion and Anderson is pushing for it, and if teacher evaluations can be tied to student performance. Also, will the candidates address the child abuse and molestation charges of more than 50 children this past year? What other measures need to be reformed in LAUSD?