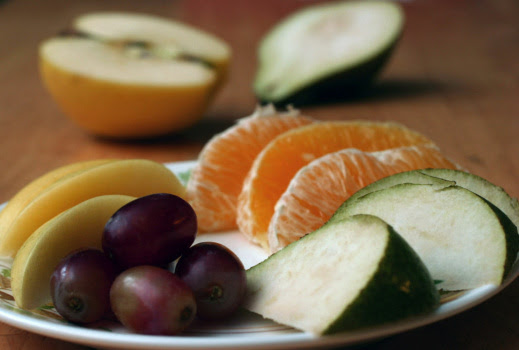 March 14th, 2013, 3:20pm  ::  Digging into the concept of whether you can teach what you don't know, a recent survey by researchers at the University of Texas School of Public Health sought to uncover the health and nutrition knowledge --and practices-- of a group of teachers.

Two of the questions asked of almost 200 Head Start teachers in Texas:

Turns out most didn’t have the best habits, according to survey results published in the Journal of the Academy of Nutrition and Dietetics.

Of the 173 teachers interviewed, only four answered at least four of the five nutrition questions correctly. More than half --  54% -- of the teachers said they found it difficult to figure out the right answer.

Researchers were particularly concerned that just 9% believed their own nutrition habits were healthy. One quarter of all teachers did not consume any fruits or vegetables the previous day, and over half had eaten French fries. Of the 173 teachers surveyed, a majority were women and over 50% were obese.

Nutrition training would “better enable them to teach nutrition education to their students and to improve their own health,” the study's authors said. It would also make the teachers better role models.

University of Texas researcher Shreela Sharma told Reuters Health that the teachers “want to do right, they're there because they love their kids, we just need to provide them with the tools that they need to make this environment healthier."

And going back to that question of whether one can teach what one doesn't know -- in this case, to our own kids -- did you answer the sample questions correctly?

Head Start teachers are responsible for providing nutrition education to over 1 million low-income children annually, yet little is known about their nutrition-related knowledge, attitudes, and behaviors. The purpose of this study is to assess the self-reported nutrition knowledge, attitudes, and behaviors among Head Start teachers from one urban Head Start organization in Harris County, TX. A cross-sectional, descriptive analysis was conducted using baseline surveys in the 2008-2009 school year. One hundred eighty-one Head Start teachers completed self-reported surveys of their nutrition knowledge, attitudes, behaviors, weight status, and other weight-related behaviors. The sample was predominantly female (97%) and minority (93%); 24% were overweight and 55% were obese. One fourth of the sample did not consume fruit (26%) or vegetables (23%) the previous day. Half of the teachers reported consuming french fries (52%) and soda (44%), and one fourth consumed fried meat (28%) at least once on the previous day. Only four teachers (3%) answered at least four of the five nutrition knowledge questions correctly. Half of the teachers (54%) agreed that it was hard to know which nutrition information to believe, and only 9% reported that their nutrition habits were healthy. A majority of teachers were trying to lose weight (71%) and said they would like to weigh less (81%). This study underscores the importance of providing nutrition education and wellness opportunities to Head Start teachers to better enable them to teach nutrition education to their students and to improve their own health.