Published: March 8, 2013   ::  Diane Ravitch, the historian and former assistant education secretary who has become an outspoken critic of those who favor high-stakes testing, tenure reforms and other controversial measures aimed at the public schools, has joined with other education advocates to form a group that will grade and endorse political candidates. 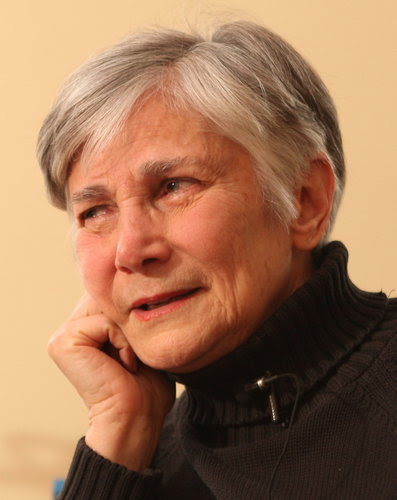 Diane Ravitch said her group “wants to be a sane voice.”

The group will be called the Network for Public Education and is co-founded by Anthony Cody, a former teacher and now a blogger on education issues. It will try to bring together parents, teachers and other local interest groups from across the country through social networking.

Ms. Ravitch said the network was calling for broad-minded public school curriculums that included arts, sciences, foreign languages and physical education; better financing for schools; more respect for teachers; and the “appropriate use of testing to help students and teachers, not to punish or reward students, teachers, principals, or to close schools,” she wrote in an e-mail.

With wealthy individuals like Bill Gates and Michael Bloomberg as well as groups like Students First (the organization created by Michelle A. Rhee, the former schools chancellor in Washington) donating large sums to individual campaigns and ballot measures in support of test-based teacher evaluations and charter schools, Ms. Ravitch said that her group would help foment a grass-roots movement to oppose them.

“We don’t have the billions from the billionaires, but we have the power of social networking,” said Ms. Ravitch in an interview.

Ms. Ravitch writes a blog and posts frequently on Twitter, where she has close to 46,000 followers. Ms. Rhee has more than 47,000 followers; last year Students First, which has two million members in 18 states, donated more than $5 million to candidates, ballot measures and independent political groups. Students First declined to comment on the new network.

“We want to be a sane voice for educational policy,” said Ms. Ravitch, “not talking about kids first or students first but actually supporting policies that will improve public education.”

Mr. Cody said that the network raised $10,000 by 4 p.m. on Thursday afternoon, mostly in $20 and $50 donations, and that group had only “informally” approached some institutional funders. Randi Weingarten, president of the American Federation of Teachers, said that the network was independent of the union but that she had personally donated to it.