The National Center for Education Statistics has released that on-time high school graduation rates in the 2009-2010 school year are at their highest since 1974. The percentage of high school students who graduate within 4 years of first starting 9th grade, has risen to 78.2%. Along with this incredible increase, the Hispanic graduation rate has risen about 10 percentage points since 2006, from 61.4% to 71.4%. You can view NCES’s report here.

*From 1990-2009, the number of Hispanic females enrolled in college has increased by over half a million.  Read more. 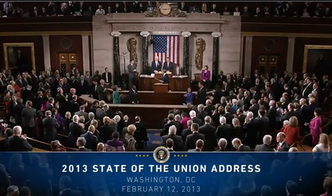 In his 2013 State of the Union address, President Obama outlined a series of proposals to increase access to a high-quality education, including:

The proposals complemented other efforts to strengthen the middle class, including calls to raise the minimum wage and reform immigration. 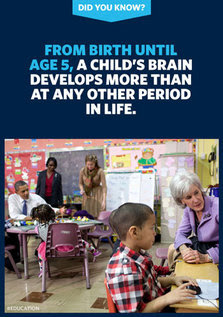 Learn more about the President's plan to provide high-quality pre-school to every child here. 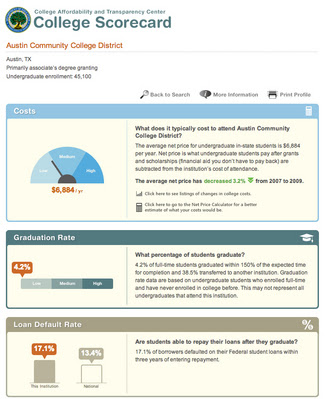 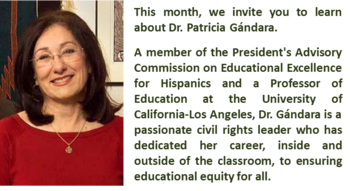 What aspect of education are you most passionate about? Because we are a society that depends almost completely on our schools to provide opportunity for social mobility, I am passionate about providing a truly excellent education for those who have been excluded from opportunity because of the circumstances of their birth.

When you were in school, whom did you reach out to for guidance and advice? I was so naïve about the pathway to college, because my parents had not completed high school, that I did not know enough to reach out. But I had peers who were being coached by their parents and they transmitted this kind of information to me. It was a friend’s mom who invited me to go look at colleges and took me to the only university I applied to as an undergraduate. I didn’t know that different opportunities were available at different colleges, or that it was possible I wouldn’t be accepted to the one I applied to!

What one piece of advice would you give parents/students to help students complete high school college and career ready? There is nothing in a young person’s life that is more important, that is within their own control,  than their education. For students, it is imperative to begin early to set your sites high. For parents, research shows that the belief that one is going to finish high school and go on to college is one of the most powerful predictors of doing so—remind your children every day that you BELIEVE they are smart, capable, and are going to be successful in school. And let them know why getting a good education is so important to their futures. People who overcome big odds almost always have had someone who believed in them and told them so.

However, I would add that we cannot pretend that parents can overcome lack of opportunity simply by willing it. As a society we have to commit to providing the kind of education and social support that all of our young people deserve and that benefits us all in the long run.

The School Turnaround AmeriCorps initiative is a collaborative effort by the Corporation for National and Community Service (CNCS) and the U.S. Department of Education. This partnership will support the placement of AmeriCorps members in persistently underachieving schools across the country. Grants will be awarded to organizations implementing programs that utilize AmeriCorps members to engage in evidence-based interventions to increase educational achievement, high school graduation rates, and college readiness for students in our nation’s lowest-performing elementary, middle, and high schools.

Since 1965, the Elementary and Secondary Education Act (ESEA) has provided federal resources and guid­ance to schools in an effort to ensure equal access to a quality education for all children. The Act has been renewed by Congress several times, most recently through the No Child Left Behind Act of 2001 (NCLB). However, NCLB’s requirements applied a 'one-size-fits-all' approach to education and labeled schools as 'failing' even when they demonstrated growth.

The U.S. Department of Education has invited each State to request flexibility from specific requirements of NCLB in exchange for rigorous and comprehensive State-developed plans designed to improve educational outcomes for all students, close achievement gaps, increase equity, and improve the quality of instruction. Flexibility enables states and districts to better ad­vance their work by developing locally tailored solutions to address their most pressing education challenges. Read more on ESEA Flexibility and download the new Fact Sheets.

For the first time, a new National Assessment of Educational Progress (NAEP) report card summarizes results in several subjects from multiple states -- and holds clues from which other states may learn.  “The Nation’s Report Card: Mega-States” presents achievement results for students in California, Florida, Illinois, New York, and Texas -- the five most-heavily populated states, serving nearly 40% of the nation’s public school students -- in grades 4 and 8 in reading, mathematics, and science.  The findings include average scores among the five states, as well as national averages and results among various subgroups.  Results are also reported at or above Proficient achievement levels.  Overall, progress toward proficiency is promising in math but mixed in reading.  Read more.

Federal Student Aid has released three videos that make it easy to understand the financial aid process, how to fill out the FAFSA and what to do once you have filled it out. Learn more here.

In March of 1968, more than 10,000 students from the mostly Chicano middle and high schools of East Los Angeles walked out in order to protest the inequalities that existed in their public education system, in what came to be known as the East Los Angeles Schools Blowouts. These protests empowered the Latino/Chicano community and were the beginning of the urban Chicano movement of the late 1960s and 1970s.

In 2010, President Obama signed into law an improved income-based repayment plan that would lower the cap to 10% of income for students who take out loans after July 1, 2014. Then, last October, the President made that lower cap available to more borrowers by the end of 2012. Read more.

Alan Aleman attended the State of the Union Address as a guest of the First Lady, Michelle Obama. Aleman was born in Mexico City, Mexico. In high school, Alan watched his friends come of age – driving around town with their new licenses and earning some extra cash from their summer jobs at the mall.  Although Alan knew he could not do those things because of his immigration status, he was determined to get a good education.  Last year, when Alan heard the news that the Obama Administration was going to provide Deferred Action for undocumented youth like him to emerge from the shadows, he was one of the first to sign up.  Alan was among the first people in Nevada to get approved.  In that moment, Alan said, “I felt the fear vanish.  I felt accepted.”  Today, Alan is in his second year at the College of Southern Nevada.  He’s studying to become a doctor and he hopes to join the Air Force.  Alan is currently working at Hermandad Mexicana, where he is in charge of final review for DACA applications.

Over 360,000 Deferred Action for Childhood Arrivals (DACA) applications have been received with over 350,000 accepted. Learn more about DACA and access all the latest resources here.

The Co-Chairs of the Equity and Excellence Commission, made up of a diverse group of 27 education experts, state and local officials, and civil-rights leaders, formally released their report, For Each and Every Child. "The commission’s charge was to provide advice to the secretary of the U.S. Department of Education on the disparities in meaningful educational opportunities that give rise to the achievement gap, with a focus on systems of finance, and to recommend ways in which federal policies could address such disparities." Read the report.

The Migration Policy Institute's National Center on Immigrant Integration Policy has announced that the application period for the 2013 E Pluribus Unum prizes is open. The $50,000 prizes are awarded to immigrant integration initiatives judged to be “exceptionally successful.” The competition is open to individuals, nonprofit and community organizations, businesses, religious groups, and government entities, agencies, or officials operating in the United States. Applications must be received by April 12, 2013, at 9 p.m., ET. Read more to examine application rules and procedures.

It's March and this month is the best time to start thinking about your child’s summer plans. For younger children, there are many different summer camps and academic programs to suit your child’s interests. You can find programs for your child by checking with local recreation centers, public schools, libraries, and museums. For high school students, summer opportunities are important because colleges like to see that students are well rounded and involved in their communities. High school students can participate in volunteer opportunities, internships, summer academic programs, and much more! Universities host pre-college programs, and these can be found online or through the college counseling office in your child’s school. For more information about extracurricular activities and how your high school student can get involved this summer, click here.  Se puede leer el mismo artículo en español aquí.

The header was created by student at the University of Houston, Favian Cortez.