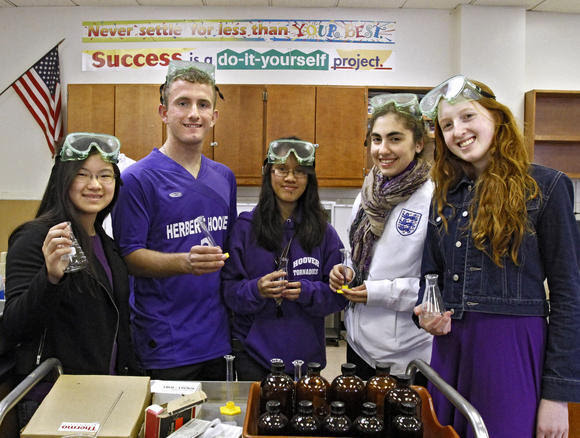 February 1, 2014, 11:56 a.m.  ::  Three fast-paced academic contests featuring some of the region’s best and most talented students will be staged Saturday afternoon, with one focused exclusively on science and two others drilling down on topics dealing with World War I.

At USC, the Los Angeles County Office of Education will stage a game-show style Super Quiz before a live audience, part of a two-day Academic Decathlon featuring teams from 42 high schools. Not far away, the Los Angeles Unified School District is conducting its own regional decathlon at the Roybal Learning Center, with 59 teams of up to nine students battling it out in their own Super Quiz format.

Both competitions require students to show an in-depth knowledge of World War I, including art, music, literature, science, social science and economics, said Cliff Ker, who coordinates L.A. Unified’s competition. Teams are vying for slots in the state’s Academic Decathlon, which will be held in March in Sacramento.

Yet another academic competition is waged in La Cañada Flintridge, where NASA’s Jet Propulsion Laboratory is hosting its regional Science Bowl. That event has a "Jeopardy"-style contest focusing on math, biology, chemistry, physics, astronomy and Earth and space sciences.

The all-day competition features 24 teams from high schools stretching from La Crescenta to Palm Desert. The winning team will receive an all-expense-paid trip to Washington, D.C., in April to compete in the U.S. Department of Energy’s National Science Bowl.