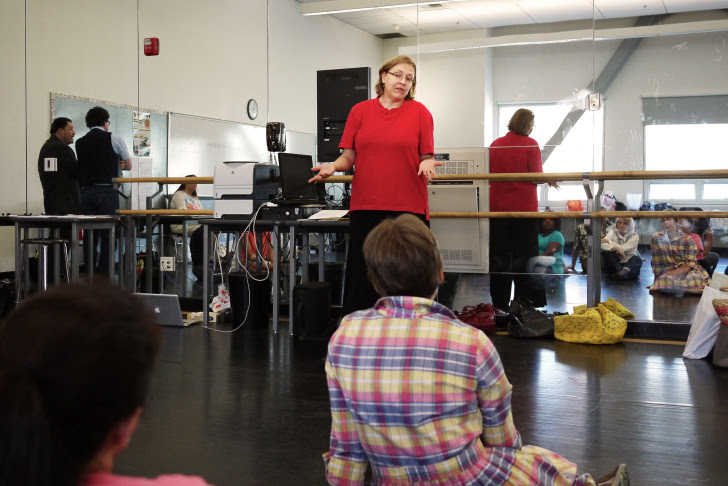 Frustrated at the Los Angeles Unified School District's seven month delay in producing a budget for its much ballyhooed arts plan, the advocacy group Arts for LA, is encouraging a parent letter-writing campaign to school board members, demanding the budget be released.

"Access to a complete education that includes the arts is an equity issue, especially in LAUSD, where years of budget cuts have created deep rifts of inequity for our most vulnerable students," the letter states.

It goes on to call for school board members' help: "Please keep equity and access to a complete education your priority by calling immediately for a budget for arts education."

The website gives parents the option to change the letter or write a new one themselves. About 225 letters have been sent since the launch Wednesday.

"How many letters does it take to get a budget?" said Arts for LA's executive director Danielle Brazell. "I don't quite understand why there hasn't been the follow through."

The budget was due July 1. Brazell said since Superintendent John Deasy has not produced a report, it's up the board to try and enforce it.

In an interview last month, the district's K-12 arts coordinator, Steven McCarthy, declined to comment on the status of the arts budget.

He said budget or no, he has begun to implement the arts plan. The district has begun training classroom teachers on integrating arts into subjects like math and history.

The letter is on a parent resource page on Arts for LA's website, which also helps parents figure out their school board district and includes links to Los Angeles Unified's Arts at the Core resolution, passed in October 2012, and the district's new arts plan which was unveiled over the summer without a financial road map.

"It is only by establishing a financial commitment to arts education will the ideals of the 'Arts at the Core' resolution become a reality for every student in every LAUSD school," the group wrote on its website.

In January, Brazell sent a letter to Los Angeles Unified Superintendent John Deasy calling for a detailed budget to be submitted to the board. Brazell said the superintendent never responded.

Increasing support for the arts in Los Angeles County

ACTION ALERT: Ask LAUSD Board of Ed for Leadership on Arts Ed Budget

ARTSforLA :: Ask LAUSD Board of Ed for Leadership on Arts Ed Budget:  http://bit.ly/MBuCFp

In October 2012, the Los Angeles Unified School District Board of Education voted unanimously to approve a landmark set of sweeping changes to bolster arts education for all students in the district.  After the district produced its arts education plan, the "Arts Education and Creative Cultural Networks Plan" in 2013, a second resolution was passed, tasking district staff with the creation of an arts education budget.

The budget's initial deadline was December 3.  Due to the untimely passing of District 1 representative Marguerite LaMotte, the district was afforded more time.  However, several weeks into the new year, despite Arts for LA's collaborative requests for information on the budget, no information has been released.

Arts for LA and our network of arts education advocates invite LAUSD's Board of Education members to take leadership on this issue and work closely with Superintendent Dr. John Deasy to ensure the arts education budget is prepared in a timely manner.

It is only by establishing a financial commitment to arts education will the ideals of the "Arts at the Core" resolution become a reality for every student in every LAUSD school.  Dr. Deasy has said LAUSD's primary goal is to lift youth out of poverty by moving from equality to equity.  At a recent meeting of LAUSD stakeholders hosted by the United Way, Dr. Deasy spoke optimistically about LAUSD's financial future: "Things have turned around financially for education in California" due to the new educational funding formula that will increase school funding for each student.