Prosecutors dismiss the case after the girl who alleged the abuse declined to testify against Martin Springer. L.A. Unified stands by its decision to fire Springer and pay $3 million in settlements. 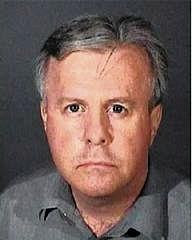 February 5, 2014, 7:33 p.m.  ::  Los Angeles County prosecutors have dropped their case against a Miramonte Elementary School teacher who became embroiled in a child-abuse scandal that rocked the Los Angeles school district and resulted in the costliest settlements in the system's history.

<< The case against Martin B. Springer was dropped when the 12-year-old witness declined to testify. (L.A. County Sheriff's Department)

The trial of Martin Springer was set to begin Wednesday morning, but his accuser, a 12-year-old girl who alleged that he had touched her leg several times, decided not to testify, officials said.

L.A. Unified School District officials said they would not reverse their decision to fire Springer, who is fighting his dismissal. Nor do they regret paying nearly $3 million to settle six civil claims in which the veteran teacher was accused of abuse, they said.

Springer, 51, was a secondary figure in the crisis. More central was third-grade teacher Mark Berndt, who eventually pleaded no contest to 23 counts of committing lewd acts and was sentenced to 25 years in prison.

The case attracted international attention for its lurid details and spurred dozens of lawsuits. Police said Berndt conducted classroom games in which he fed students cookies topped with semen, among other alleged misconduct.

Springer, who taught at the school for more than two decades, came to the attention of authorities as they questioned students. He was arrested four days after Berndt in early 2012 and charged with three felony counts of committing lewd acts.

The arrest amplified the furor around the campus. District officials replaced all 85 teachers at Miramonte, located in Florence-Firestone southeast of downtown, for months in an effort to restore public confidence.

Legal experts said the criminal case against Springer was weak from the start.

The sole accuser alleged that when she was in third grade, she frequently approached Springer with questions while volunteering in his classroom during recess. He would crouch in front of her and place his hand on the back of her leg for several seconds, she said at the 2012 preliminary hearing.

Because the alleged touching was not overtly sexual, prosecutors were faced with the difficulty of proving that Springer had a sexual intent.

Last summer, they filed three misdemeanor charges of child annoyance — which covers any sexually motivated conduct — to give jurors an alternative to the felonies.

Investigators had interviewed 102 children about Springer but could not find evidence to support additional charges, authorities said. When the girl backed out, prosecutors had little choice but to drop their case.

"This is the danger of going with just one witness," said Laurie Levenson, a professor at Loyola Law School. "Especially a young witness. It's a lot of pressure on one person."

L.A. Unified Supt. John Deasy said nothing has changed from the perspective of the nation's second-largest school system. "The dismissal case will continue," he said.

In May, a state oversight panel is scheduled to hear Springer's appeal of his dismissal.

A representative of the California Commission on Teacher Credentialing said the suspension of his teaching credential would be lifted because the charges have been dismissed. If the firing is upheld, the commission can consider whether to revoke Springer's teaching credential.

"I'm hopeful that the word will get out that he is not how he has been painted by the district and the media," said Daniel Kolodziej, who is representing Springer in his dismissal case.

But Springer's troubles are far from over.

In the wake of his arrest, 13 people filed civil claims against L.A. Unified alleging that Springer abused them.

Six of those cases were included in a $30-million deal reached last year to settle 61 Miramonte claims.

Sworn statements from the victims were the main basis for the settlements.

In a lawsuit filed against the district last week, Gregg Breed, the former risk manager for the district, alleged that his contract was not renewed in part because he challenged the way settlements were handled. Some children were paid despite little or no evidence that they were victimized, the suit alleges.

District officials said that they continue to stand by the settlements and that Breed's dismissal was unrelated.

The imperative was to treat families fairly, allowing them to move forward, while also reaching a resolution that limited the spending of public funds, district spokesman Sean Rossall said. 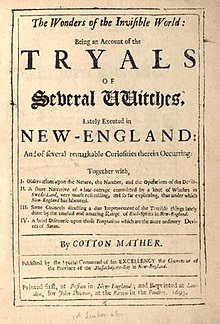 Greg Owen, an attorney for a man who says Springer molested him in a locked classroom between 1996 and 1998, when he was a student at Miramonte, said the lack of criminal charges was unlikely to affect his lawsuit.

"What he did is so egregious that the jury doesn't have to hear that he was convicted of a felony elsewhere to believe it happened," Owen said.

What really happened is probably never for us to know. There will be no due process, there will be no justice. The will be no closure. There will only be what there will be.  But Arthur Miller’s  interpretation of of The Salem Witch Trials in The Crucible comes to mind. And the sad history/mass hysteria  of the McMartin Case in 1983-90