PEARSON FOR PROFIT: You Do the Math 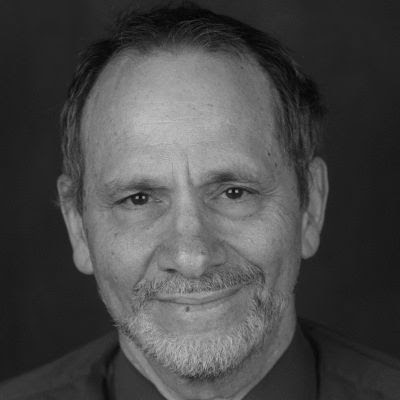 I received an email from a kindergarten teacher who wrote, "the Pearson-designed assessments for the enVisionMATH curriculum are confusing to children. Teachers have to reformat all of the graphics . . . I find it unconscionable that we pay Pearson to put out shoddy material which assumes too much symbolic understanding on the part of 5 year olds." I decided to check it out.

Pearson Education is currently marketing enVisionMATH to elementary schools in the United States. The program was supposedly designed to be aligned with the Common Core State Standards and is based on "critical foundational research and proven classroom results." According to Pearson, enVisionMATH is the leading math curriculum in United States elementary schools where it is used to teach math to more than six million children.

enVisionMATH is sold to school districts as a mathematics core curriculum for students in kindergarten through grade 6. Pearson's claim is that it will "help students develop an understanding of math concepts through problem-based instruction, small group interaction, and visual learning with a focus on reasoning and modeling. Differentiated instruction and ongoing assessment are used to meet the needs of students at all ability levels."

The program was field-tested in eight elementary schools in eight different states, Colorado, Kentucky, Massachusetts, Montana, New Hampshire, North Carolina, Ohio, and Tennessee. Pearson staff trained 54 teachers for about 5 to 6 hours before the curriculum was used in their classes. These teachers received a three-hour follow-up training session after 2-3 weeks and some teachers received additional follow-up support. 1,156 students participated in the study, of which 89% or 1,029, were identified as White.

I started researching this article on Pearson enVisionMATH with a series of questions.

1. Was the field test valid?

2. Did Pearson skew the field test results by providing support services to teachers and schools that are not included in the basic enVisionMATH package?

3. How much does the Pearson enVisionMATH program actually help students learn math and perform on Common Core based assessments?

4. If the program is adopted nationally, how much money does Pearson stand to make?

1. Was the field test valid?
Does enVisionMATH produce the same "results" across the demographic spectrum, or was it field-tested in a few cherry-picked overwhelmingly "White" schools. In the Pearson test group, 89% of the children were White. In 2010-2011, there were 49.5 million public elementary and secondary school students in the United States. Fifty-two percent of students were White; twenty-three percent were Hispanic; and sixteen percent were Black. But these students are not distributed evenly across the country. In New York City there are about 1.1 million students public school students with only 14.3% of these students listed as non-Hispanic White. In addition, there are about 40% of students in the public school system living in households where a language other than English is spoken.

Amongst the test states, only in New Hampshire where 89.8% of the students are White did the test group correlate with the state's student demographics. In Montana and Kentucky, 82% of the children are White; in Ohio the figure is 74%; in Massachusetts it is 70%; in Tennessee it is 67%; in Colorado it is 57%; and in North Carolina 53% of the states public school children are White,

So the first question stands unanswered. We do not know if enVisionMATH will work effectively for all students in all schools.

2. Did Pearson skew the field test results by providing support services to teachers and schools that are not included in the basic enVisionMATH package?
Pearson provided extensive staff development and support to the field test schools and teachers. Will Pearson's enVisionMATH get the same student results without the initial staff development and the follow-up support for teachers? I found no evidence that addresses this question, but of course districts and schools can always purchase expensive Pearson Professional development services that are delivered online, through webinars, and in site-based workshops.

3. How much does the Pearson enVisionMATH program actually help students learn math and perform on Common Core based assessments?
To answer this question I looked at claims made on the Pearson website and compared them to results reported by the United States Department of Education.

A) What Pearson Education Claimed

The press release, dated January 24, 2013, claimed "The U.S. Department of Education's What Works Clearinghouse has issued a report validating research that Pearson's enVisionMATH elementary school curriculum increases student achievement above and beyond other K-6 math programs." The enVisionMATH program reviewed by the What Works Clearinghouse is currently the #1 math curriculum in U.S. schools, with more than six million students learning elementary mathematics with the program. enVisionMATH is designed for students in grades K-6 and seeks to help students develop an understanding of math concepts through problem-based instruction, small-group interaction, and visual learning with a focus on reasoning and modeling.

Pearson's Director of Academic Research, Marcy Baughman, said, "The significant gains experienced by enVisionMATH students in the research study affirm the instructional design of our enVisionMATH curriculum. Recognition by the What Works Clearinghouse of the strong research supporting enVisionMATH is a critical validation for schools that are now choosing math programs that will prepare their students for college and careers in a technology-driven global marketplace." She added, "Our core enVisionMATH program contains all of the critical elements required by the Common Core State Standards, including the required focus on 'conceptual understanding, procedural skill and fluency, and applications.'"

B) What The Government Report Actually Found

a. The What Works Clearinghouse (WWC) identified one study of enVisionMATH that both falls within the scope of the Elementary School mathematics topic area and meets WWC evidence standards. The study meets WWC evidence standards without reservations, and included 1,156 elementary school students in second and fourth grades in eight locations across the United States. The WWC considers the extent of evidence for enVisionMath on the math performance of elementary school students to be small for the mathematics achievement domain, the only outcome domain examined for studies reviewed under the Elementary School Mathematics topic area.

b. enVisionMath was found to have potentially positive effects on mathematics achievement for elementary school students.

c. envisionMATH consists of 120-130 teacher-led lessons for each grade. Lessons are designed to be completed at the pace of one per day. Each lesson includes daily review and a small-group, problem-based activity, followed by guided and independent practice activities. Instructors use daily assessments to track student progress. These assessments also allow for targeting of additional practice and homework activities for students needing more support. Lessons are organized into a customizable sequence of topics and use texts, workbooks, manipulatives, and technology, incorporating both group and individual activities.

4. If the program is adopted nationally, how much money does Pearson stand to make?
According to the What Works Clearinghouse report, student editions of envisionMATH for kindergarten through grade 2 cost $26.97 per student per year, with a discount available to districts through a subscription model. This cost includes access to interactive digital courseware for one year. The student editions for grades 3-6 cost $65.97 and include access to the interactive digital courseware for six years. The teacher's edition for each grade costs $525. Additional materials, including workbooks, manipulatives, digital resources, instructional materials, and teacher guides may be purchased separately with prices varying by material and quantity purchased.

I do not know how much profit Pearson makes marketing envisionMATH but I can estimate its gross revenues. If schools pay the lower price for one-third of the students using envisionMATH and the higher price for the other two-thirds, then at a minimum Pearson is grossing $320 million a year on the basic envisionMATH package without counting in teacher editions and support. The potential elementary school market is almost 40 million children. Using the same ratios, the potential revenue stream for Pearson is over $2 billion a year.

I do not think small but potential is the same as the "Top Ratings" Pearson is advertising for its very expensive product.

Post-It Note: Apparently our friends at Pearson are doing similar outstanding work all over the world. On February 16, 2014 on page 1 The New York Times reported that a publisher in India, Penguin Books India, under threat of a law suit withdrew from publication and destroyed remaining copies of a book described as a "scholarly work on Hinduism by an American professor." Penguin Books India defended this act of self-censorship saying that publishers must respect laws, "however intolerant and restrictive those laws may be" and that they have a "moral responsibility to protect our employees against threats and harassment where we can." Award winning Indian writer and Penguin author Arundhati Roy addressed an open letter to Penguin Books India denouncing their decision. "Everybody is shocked at what you have gone and done--at your out-of-court settlement with an unknown Hindu fanatic outfit . . . Tell us, please, what is it that scared you so? Have you forgotten who you are? You are part of one of the oldest, grandest publishing houses in the world . . . ad you stood your ground, you would have had the weight of enlightened public opinion behind you, and the support of most--if not all--of your writers."