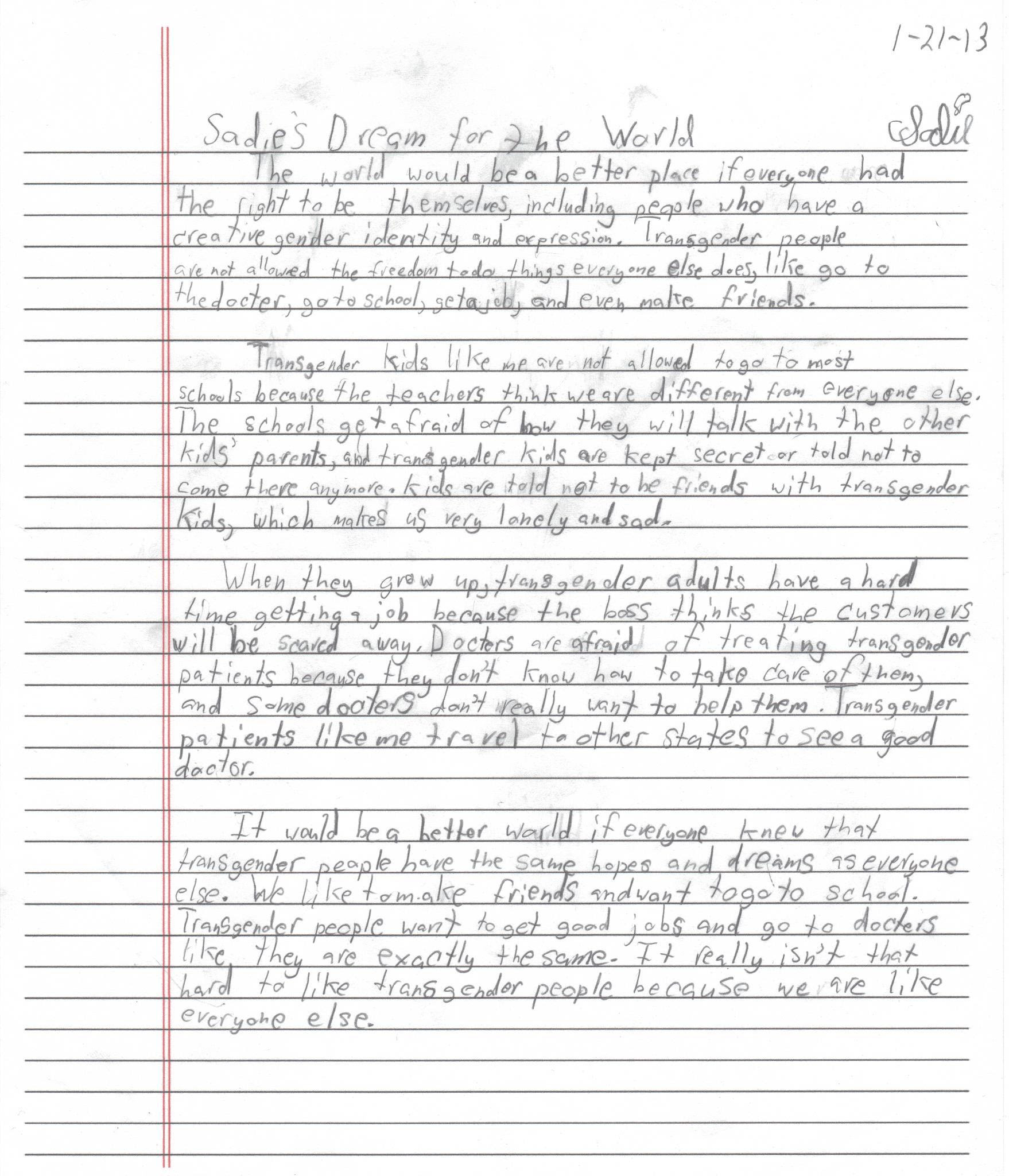 "The world would be a better place if everyone had the right to be themselves, including people who have a creative gender identity and expression. Transgender people are not allowed the freedom to do things everyone else does, like go to the doctor, go to school, get a job, and even make friends.

Transgender kids like me are not allowed to go to most schools because the teachers think we are different from everyone else. The schools get afraid of how they will talk with the other kids' parents, and transgender kids are kept secret or told not to come there anymore. Kids are told not to be friends with transgender kids, which makes us very lonely and sad.

When they grow up, transgender adults have a hard time getting a job because the boss thinks the customers will be scared away. Doctors are afraid of treating transgender patients because they don't know how to take care of them, and some doctors don't really want to help them. Transgender patients like me travel to other states to see a good doctor. 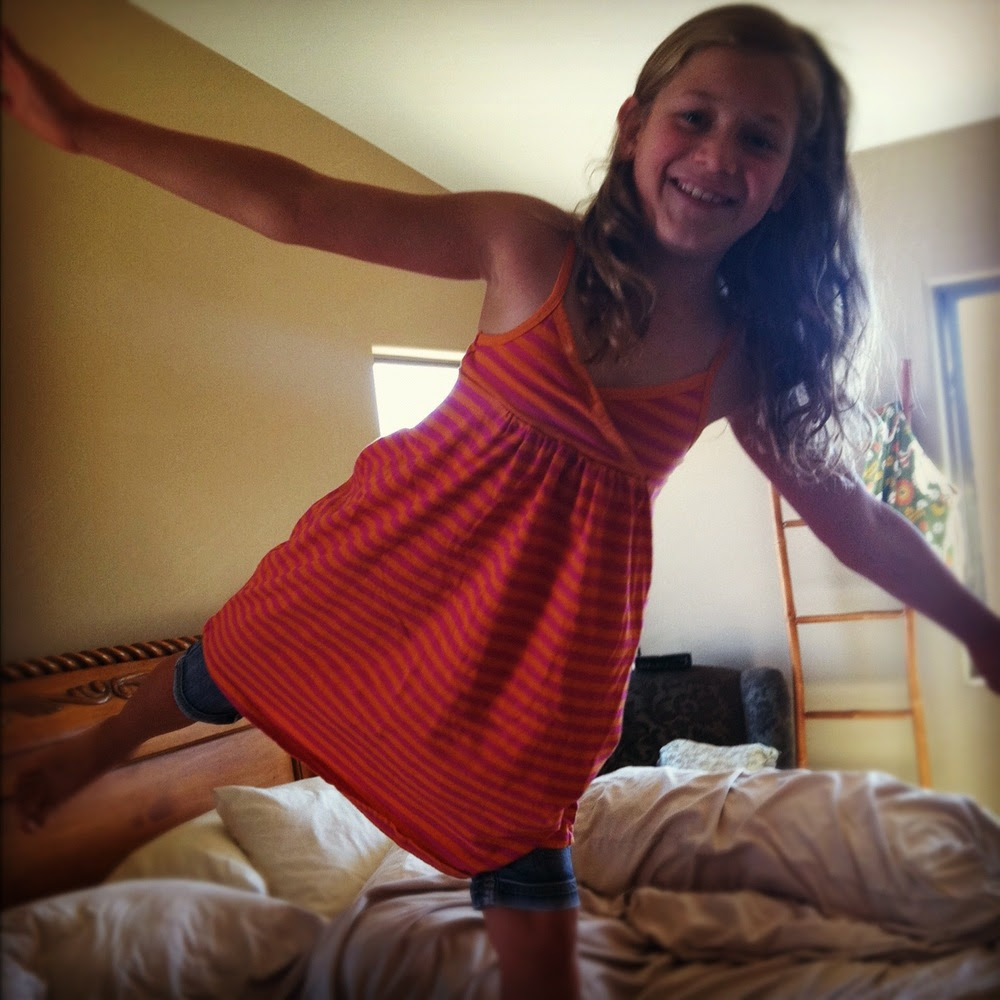 Sadie socially transitioned from male to female in kindergarten. She was home schooled until this year and is now in fifth grade and attending public school. A vegan, she loves anything that "protects the environment," as well as reading, swimming, basketball and texting her friends. She listens to Lady Gaga, Pink and Justin Bieber and wants to work for Green Peace when she grows up. She also wants to be a mom.

Though Sadie has been openly discriminated against, her mother says that she "isn't shy or ashamed of who she is," and adds, "I'm always 'on' when we go out because I never know when she'll strike up a conversation with the person in front of her in line at Trader Joe's. When she chats with people, she introduces herself as, 'Hi, I'm Sadie, my favorite color is pink, I'm vegan, and I'm transgender. Who are you?'"

Sage says she encouraged Sadie to write the essay because she thought "it might help empower her and overcome any feelings of oppression." In the end she says that she wants Sadie "to know that she has a voice. My dream for her is that she will be happy. That's all, really. I just want her to be happy."