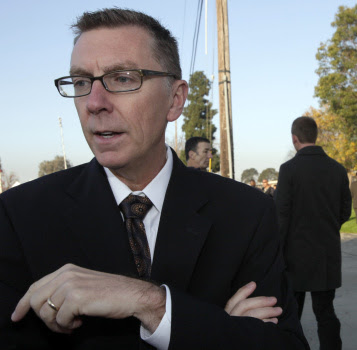 January 14th, 2013, 3:52pm  ::  After months of uncertainty, the future of Crenshaw High School will likely be decided at Tuesday's  monthly L.A. Unified school board meeting.

The board will vote on whether to approve Superintendent John Deasy’s plan to convert the high school into three separate magnet schools or allow it to continue operating under the Extended Learning Cultural Model. If it passes, it also means all current staff has to reapply for jobs at the South Los Angeles school.

Parents, students and teachers say they were excluded from the decision making process, and have so far been denied a public meeting with the Superintendent. Tuesday’s meeting is their last chance to block Deasy’s plans.

Members of the Crenshaw Coalition of Parents said they’ll stage a protest and urge board members not just to reverse the school takeover, but also to increase the school’s funding to pay for more social services, college counseling and parent engagement.

Those who favor conversion argue that Crenshaw is a failing school with persistently low test scores that's had ample time to improve academically. Critics of the overhaul argue that reconstitution can eliminate successful programs and break the bonds between schools, families and the surrounding neighborhoods.

The open session of the school board meeting is at noon on Tuesday.