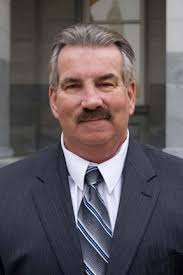 Borrowing an idea being promoted by Republican governors in Texas and Florida, the GOP assemblyman has introduced a bill that would create a pilot program in California for what he's billing as a $10,000 bachelor's degree.

The degree would be available to students majoring in science, technology, engineering or math disciplines.

Tuition at CSU right now is $5,472 a year. Books and campus fees cost another roughly $2,000 annually. A statement from Logue said his proposed $10,000 degree would include textbooks. It does not cover living expenses such as room and board.

"I hope my bill will be the beginning of a revolution to the very pressing issue of the costs of college that students face these days," Logue said in a statement. "We cannot expect today's students to have a higher standard of living than their parents if they continue to leave college saddled with so much debt."

Even on a topic as politically sympathetic as making college more affordable, it remains to be seen if the Republican's bill can make any headway in California's Democratic-controlled Legislature.

Assembly Speaker John A. Pérez has his own plan for lowering the cost of college – what he calls a "middle-class scholarship" program – and Democratic Gov. Jerry Brown has said he wants universities to increase affordability by doing more with online education.

CSU officials have not taken a position on the bill.

"The bill also appears to draw on existing regional education partnerships, an approach we think makes a lot of sense," Heiman wrote in an email. "In addition, the incentives in the bill for full time attendance would support current efforts to improve graduation rates."