Published: January 7, 2013  ::  In just a few short years, state legislatures and education agencies across the country have sought to transform American public education by passing a series of laws and policies overhauling teacher tenure, introducing the use of standardized test scores in performance evaluations and expanding charter schools.

Such policies are among those pushed by StudentsFirst, the advocacy group led by Michelle A. Rhee, the former schools chancellor in Washington. Ms. Rhee has generated debate in education circles for aggressive pursuit of her agenda and the financing of political candidates who support it. 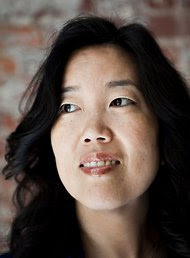 Max Whittaker/Reuters - Michelle A. Rhee says her group wants to create an “environment in which educators, parents and kids can operate.” >>

In a report issued Monday, StudentsFirst ranks states based on how closely they follow the group’s platform, looking at policies related not only to tenure and evaluations but also to pensions and the governance of school districts. The group uses the classic academic grading system, awarding states A to F ratings.

Ms. Rhee said that the relatively weak showing reflected how recently statehouses had begun to address issues like tenure and performance evaluations. “We didn’t say in any way that we want to show people how bad it is,” she said in a telephone interview. “We wanted to show the progress that is being made, but in places where progress is slower to come, be very clear with leaders of that state what they could do to push the agenda forward and create a better environment in which educators, parents and kids can operate.”

The two highest-ranking states, Florida and Louisiana, received B-minus ratings. The states that were given F’s included Alabama, California, Iowa and New Hampshire. New Jersey and New York received D grades, and Connecticut a D-plus. The ratings, which focused purely on state laws and policies, did not take into account student test scores.

Some of the policies covered by the report card have been adopted by very few states. Only eight states, for example, require districts to base teacher pay on performance rather than on experience or the attainment of a master’s degree. StudentsFirst also recommends that districts make individual teacher evaluations available to parents and require that districts inform parents when their child is placed in the classroom of a teacher rated “ineffective.”

“What we strive to do through our policy agenda is put in place things that are very common-sense policies and take it down to the level of the regular Joe on the street,” Ms. Rhee said. “Do you believe that in a time of layoffs, quality should be looked at instead of straight seniority, or do you agree that if your child is being assigned to an ineffective teacher you should know about it?”

States that have adopted policies aligned with the StudentsFirst platform have in some cases met with public opposition. In Idaho, the Legislature passed a package in 2010 that eliminated tenure, introduced performance pay for teachers and based their evaluations on student test scores. Voters overturned the measures in a referendum in November. (The state received a D-minus grade from StudentsFirst.)

State officials who had seen their ratings reacted differently, with some viewing the StudentsFirst report as a kind of blueprint, others seeing it as an à la carte menu, and some spurning it outright.

“This is an organization that frankly makes its living by asserting that schools are failing,” Mr. Zeiger said of StudentsFirst. “I would have been surprised if we had got anything else.”

StudentsFirst gave California the low rating despite the fact that it has a so-called parent trigger law that the advocacy group favors. Such laws allow parents at underperforming schools to vote to change the leadership or faculty.

California was also denied a waiver last week by the federal Department of Education to the No Child Left Behind Law, in large part because the state has not passed a law requiring that districts use standardized test scores in evaluating teachers.

Although StudentsFirst’s report card does not explicitly state that standardized tests be used in teacher evaluations, the group says that “objective” measures of “student academic growth” must be a primary component.

“This group has focused on an extremely narrow, unproven method that they think will improve teaching,” Mr. Zeiger said. “And we just flat-out disagree with them.”

Officials from other states that received higher ratings have embraced evaluations that use student test scores as an important measure. Tony Bennett, the departing superintendent of schools in Indiana (StudentsFirst grade: C-plus), was voted out in the November election after introducing A-to-F ratings for schools as well as vouchers for students to use taxpayer dollars to attend private schools. He said he strongly supported using test scores to measure student learning and teacher performance.

But as he prepares to take over as Florida’s education commissioner next week, Dr. Bennett said that he and Gov. Rick Scott of Florida, a Republican, had discussed the public’s concerns about the state’s teacher evaluation law, including how much student test scores should figure into such ratings. “I believe evaluations should be multifaceted,” Dr. Bennett said. “I don’t believe it’s all one thing.”

In Louisiana, John White, the state superintendent, said that the state’s relatively high grade on the StudentsFirst report was an “indication of the boldness and the courage that our governor and our legislators and our people have shown in supporting policies that don’t accept the status quo.”

He added that Louisiana was focused on policy priorities, including reforming graduation requirements, strengthening prekindergarten programs and improving how teachers are trained and credentialed — measures not covered by StudentsFirst.

smf: I am shocked, shocked!