December 17th, 2013  ::  After review of applications for the job of Deputy Superintendent of Instruction posted last September none of the applicants were acceptable to the superintendent -  so the job was reposted yesterday. 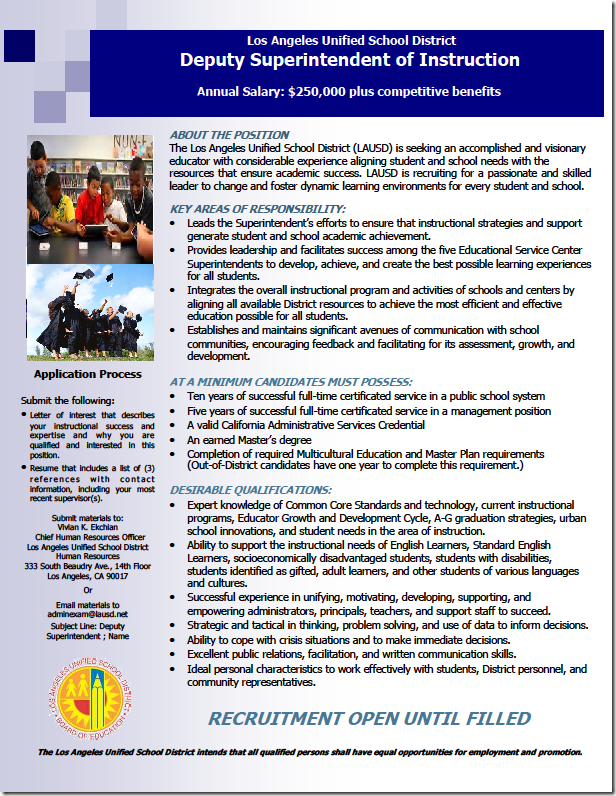 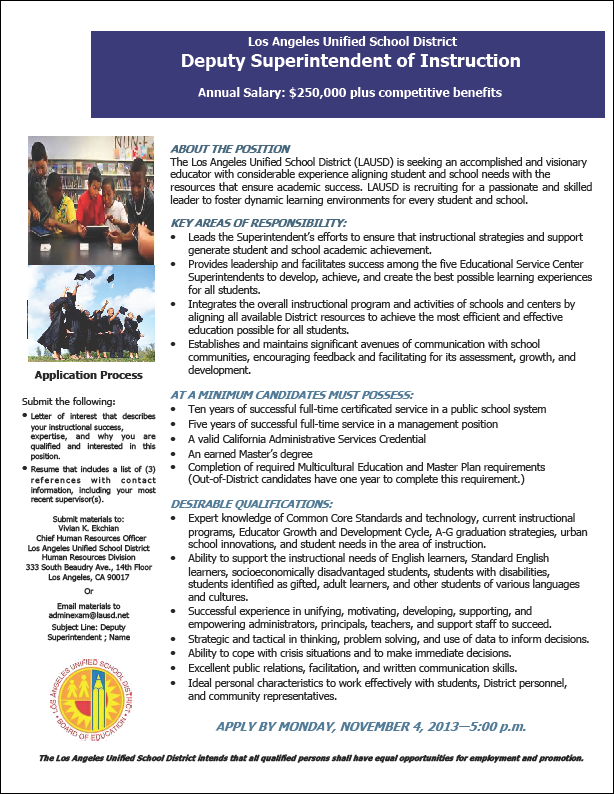 So nobody from outside CA is qualified to apply for this job? That worked when the best education ideas were coming out of CA, but that isn't really the case anymore.