Holding a special election would waste time and money.

Op-Ed in the LA Times By David Tokofsky and Jackie Goldberg | http://lat.ms/1cyqOKR 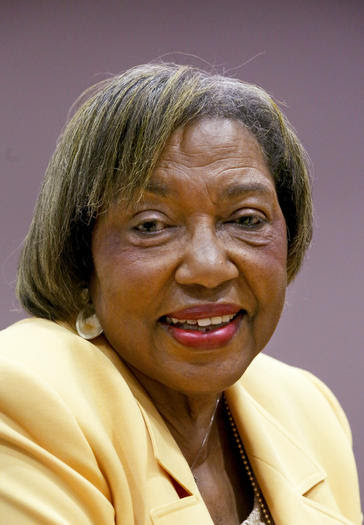 December 16, 2013  ::  There has been great consternation in recent days over the best way to select an interim school board member to complete the term of Marguerite Poindexter LaMotte, who died this month. The two of us, both former school board members, believe that LaMotte's former constituents would be best served if the board appointed a replacement for the remaining 18 months of her term rather than holding a special election.

One reason is the substantial length of time that LaMotte's district would be without representation while waiting for an election to take place. Even if the board were to decide this week to hold an election, the balloting couldn't be conducted until March. And after the first round of voting, if no single candidate were to win a majority — as often happens — there would be a second round, which means the winner probably couldn't be seated until June.

Such a scenario would leave students, parents and teachers in LaMotte's district voiceless for too long during a time when urgent issues are being decided by the board.

A second reason we favor an appointment is that an election, in addition to costing several million dollars in taxpayer money, would almost certainly favor a candidate with backing from moneyed interests. The last election brought us some of the most expensive school board campaigns in history, with outside money coming in from as far away as New York. An upset like those pulled off by Steve Zimmer and Monica Ratliff would be unlikely in such a rushed process because the public would have little time to question where the money was coming from. And because special elections tend to draw fewer voters than regular elections, the decision ultimately would be made by a very small group of the district's more than 300,000 constituents.

Fortunately, history points the way to a better process. In 2006, when the school district needed to replace retiring Supt. Roy Romer, a selection committee was convened to screen candidates. The committee included then-Assemblyman Mark Ridley-Thomas; Robert Lawton, the president of Loyola Marymount University; and state Sen. Martha Escutia, among others. The committee screened applicants, narrowed the field and made a recommendation to the board.

A committee today might include such members as Rita Walters, Genethia Hayes, Diane Watson and Barbara Boudreaux, all of whom formerly represented District 1 on the school board. They know the job, and they are all still part of the community. The selection committee could set criteria, review applications and provide three options to the school board, which would then make an appointment.

Absent an appointment, we'll see if Megan Chernin has another $600,000 and Eli Broad and New York's Michael Bloomberg have another $1 million each they'll dedicate to influencing the election. We hope not. We're betting the families of District 1 would have better ideas for how that money could be spent on kids. Should we put that to a vote?