School nurses and other health authorities say stricken students should be able to stay in class. But such a progressive approach bugs many parents and district leaders. 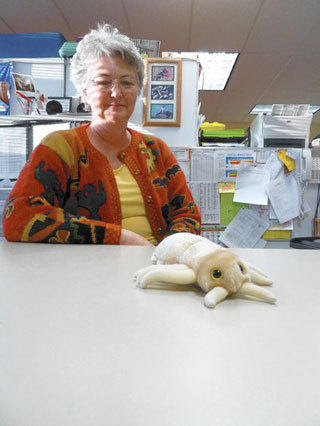 December 15, 2013, 7:55 p.m.  ::  LOVELOCK, Nev. — For years, school nurse Deborah Pontius came to work with nits to pick. On some days in this isolated central Nevada town, she'd actually sift through the hair of students found with live head lice.

But something bigger bugged her: the district's policy of sending children home when they were infested with head lice — grayish-white insects that suck blood from the scalp and cause severe itching.

Pontius saw stricken students miss weeks of school. A reentry ticket involved painstaking inspections, with parents required to prove that not a single hitchhiker resided on a child's head. Aside from the "ick" factor, she wondered, was there a reason to quarantine the youngsters?

Like a bug detective, Pontius dove in to determine where students were contracting the creatures. As chief nurse for the Pershing County School District's 600 students, Pontius consulted the Centers for Disease Control and Prevention and the American Academy of Pediatrics. She interviewed families of lice-infested students.

In the vast majority of cases, it turned out students did not contract the bugs in the classroom. And since the stubby-legged louse does not fly or jump and needs close bodily contact to spread, it seemed reasonable that students under care for the infestation could remain in class without risk to others.

Pontius successfully persuaded the district to change its policy — as the Los Angeles Unified School District had already done. A growing number of school districts have followed suit.

With Pontius co-writing the new policy paper, the National Assn. of School Nurses changed its recommendations to allow students with head lice — known as pediculosis — to stay in class. But Pontius, 55, knows the battle isn't over.

Parents complain that school officials' failure to issue warning letters when a student is found with head lice leaves them without tools to fight infestation. One New Jersey district has signaled it may revert to the lice ban after objections by school board members. And the National Pediculosis Assn., a nonprofit group, has warned that easing school restrictions could harm efforts to halt the spread of what it calls a communicable parasitic disease.

"L.A. County and other communities are trading in their nit-free standard for children in the classroom in favor of chasing lice with pesticides," the organization complained in response to the Los Angeles Unified School District policy that permits children to attend school even if they show signs of lice eggs, or nits.

It's unclear how many districts nationwide have opted for less-restrictive lice policies, but Nevada offers a hint: Of 14 counties with chief school district nurses, four have eased their rules on head lice since 2011, and others are cautiously considering the move.

Even in Lovelock, a two-exit town along Interstate 80 two hours northeast of Reno, the new rules have caused tension among parents, teachers and the school board.

"This is one of the most contentious issues school boards nationwide have to deal with," Pontius said. "The best I can hope is that people accept that this condition isn't worth taking a child from school. What people really want is for the lice to go away, and that's not going to happen."

The Centers for Disease Control and Prevention estimates that 6 million to 12 million U.S. children between the ages of 3 and 11 are infested each year by lice, which do not carry disease. The bugs crawl among children during sustained contact at sleepovers, play groups and other such activities. The wingless insects live their entire lives on human scalps, feeding on blood and attaching their eggs to hair follicles.

CDC officials support more lenient polices of the American Academy of Pediatrics, whose 2010 report said, "No healthy child should be excluded from or allowed to miss school time because of head lice," adding that "no-nit" policies keeping students out of school "should be abandoned."

Under Lovelock's guidelines, Pontius calls the parents of students with lice and recommends chemical treatments approved by the U.S. Food and Drug Administration. She does not send a general notification letter to other parents for fear of hysteria.

She also gives out a fact sheet she calls "Lice 101: Everything You Really Didn't Want to Know About Lice." She and other National Nursing Assn. board members who worked on the group's new policy jokingly called themselves "nit-pickers" and "lice ladies" to take the edge off what they say is an overblown health scare.

But Pontius cannot expunge the stigma that head lice are a scarlet letter of bad parenting. "With even the mention of head lice, people itch — they scratch their heads," she said. "Many mistakenly see the bugs as signs of a dirty home."

Gregory Nolan, superintendent of Flemington-Raritan Regional School District in New Jersey, says the board wants to dump the more lenient protocol it adopted in 2010 that also calls for nurses to recommend accepted chemical treatments to parents to treat the lice. Critics worry that exposure to chemical washes used to treat head lice are toxic to young children over time.

"Our board members are also parents," Nolan said. "They want new protocols that term head lice as a contagious infestation."

Shea Murphy, principal at Lovelock Elementary School, opposed Pontius' plan, but has changed her mind. "We've taken the hysteria out of head lice," she said. "We tell parents who call about some kid with a problem: 'Here it is. We're moving on.'"

Pockets of resistance remain, however. School board member Shayla Hudson, a cosmetologist, says trade rules forbid her from working on customers with head lice. She doesn't want the insects in school either: "We'll just have to wait until the next head lice epidemic and look at this issue again."

Lovelock teacher Dana Montes calls lice a classroom nightmare. "One girl, all she did was sit there picking out the lice and putting them on the desk." She believes the bugs move among hats and coats on racks or among students working in close quarters.

That's how she got a case of head lice from a student six years ago: "I leaned over her at the reading table and saw lice in her hair. Then one dropped onto the desk. By then it was too late."

The bugs are gone, but not forgotten. "When I die and go to heaven," Montes said, "the first question I'm going to ask God is: 'Why did you create lice? What was that all about?'"