December 24, 2013 2:00 PM  ::  So remember how California is planning to suspend most of its accountability testing for a year in order to help the state's schools get up to speed on new tests aligned with the Common Core standards?

U.S. Secretary of Education of Arne Duncan is none-too-happy about that idea, as my colleague, Catherine Gewertz, reported. And neither are a number of state and national advocacy organizations, including StudentsFirst, Teach Plus, The Education Trust-West, and the Alliance for a Better Community.

Their latest argument: Not explaining to teachers and schools how their students—particularly subgroup kids, such as English language learners—perform on assessments is a major missed opportunity for professional development.

The groups made their case in letter sent to Duncan on Monday. Reading between the lines of the letter, it sounds like they are hoping that the Secretary will include some additional reporting requirements for the state education agency when the department considers California's recent request for a "double-testing waiver."  (Check out the full text following.

"The teachers, principals, and superintendents with whom we work have been very clear: they need to know how their students are doing," the groups write. "This is not only essential in assessing how schools are adapting their curriculum and instruction to meet the [common core standards], but critical to teachers in their own professional development and continuous improvement to meet the needs of their students."

Any waiver that the Education Department grants the Golden State from the requirements of the No Child Left Behind Act—the current version of the Elementary and Secondary Education Act—should, at a minimum, call for the state to "provide useful data on student progress back to the districts," the letter says.

Some background: More than 40 states and the District of Columbia have waivers from the NCLB law, but California isn't one of them. However, the Golden State was one of 15 that applied for the department's so-called "double-testing" waiver. That waiver allows states to get rid of some or all of their current testing programs in math and language arts to focus on the field tests being given this spring by PARCC and Smarter Balanced, the two common-assessment consortia. So far, California hasn't heard back on its request.

Clearly, the groups are hoping that Duncan will call for some additional data reporting to districts before green-lighting California's request. 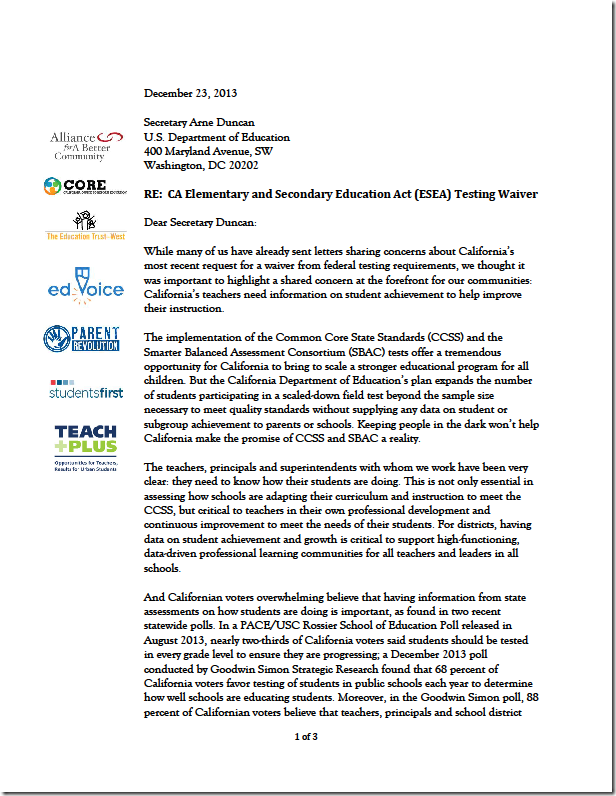 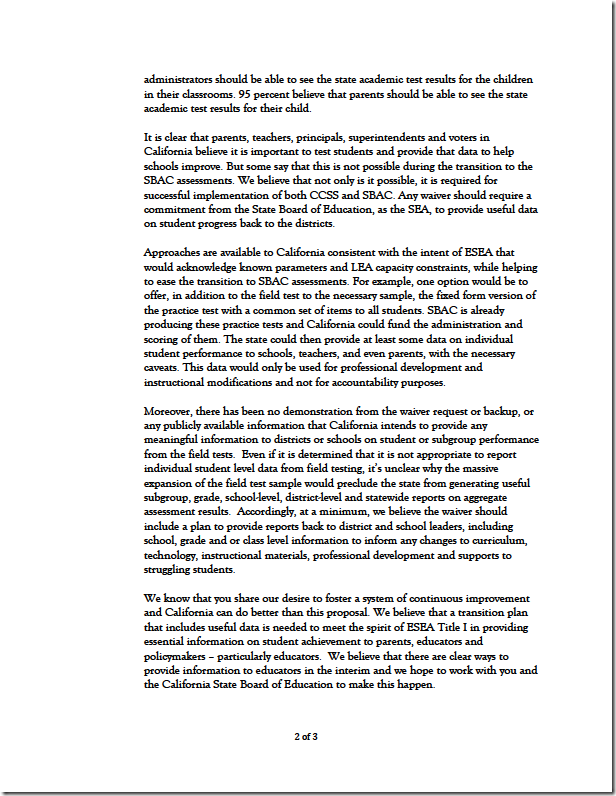 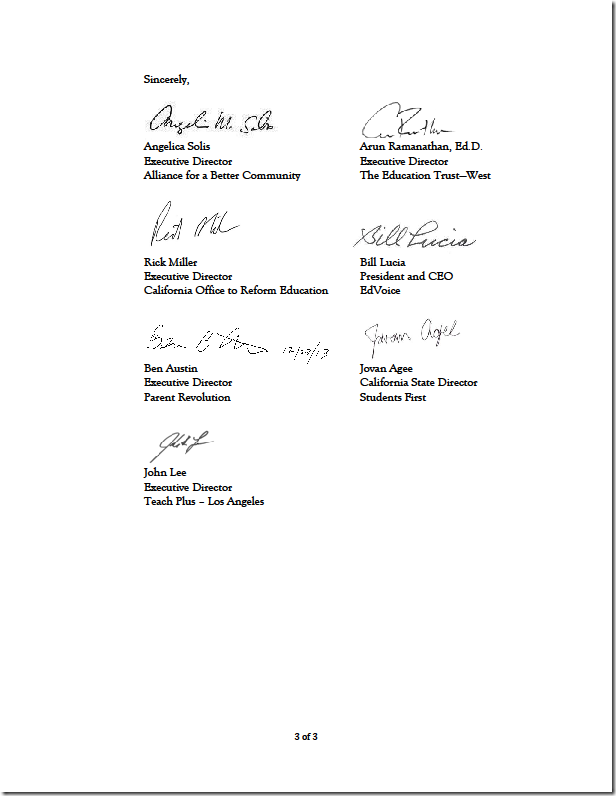