After LaMotte: POLITICS OF L.A. SCHOOL BOARD MAY SHIFT 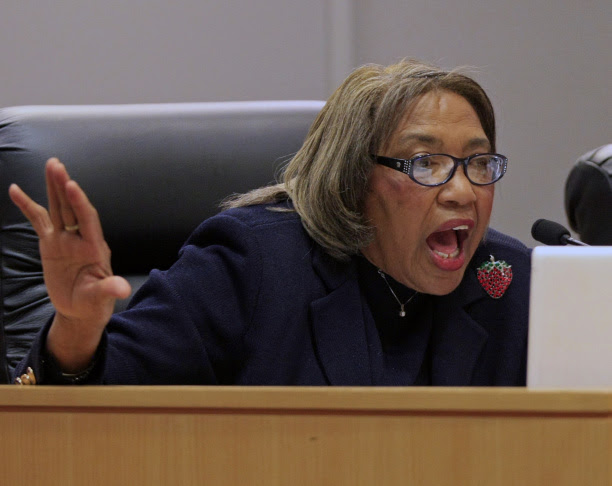 [Listen to the radio story]

December 16th, 2013, 6:00am  ::  The Los Angeles school board is scheduled to decide Tuesday how to fill the seat left vacant after the death of board member Marguerite Lamotte.

Lamotte was a close ally to the teachers' union, and her absence from the board could compromise labor's voice in district policy. She represented South Los Angeles on the board.

The seven-member school board is split. Some favor union causes, others align themselves with Superintendent John Deasy.

Charles Kerchner is a professor at Claremont Graduate University and said with an open seat, there is a chance to swing the board further in either direction.

If a special election is held, he said expect special interest groups to come with their checkbooks in hand.

"I think that is regrettable," Kerchner said. "All kinds of interest groups jockeying back and forth, but that's the nature of politics."

It may be tough to stomach, but Kerchner says the alternative of a board appointment to fill the seat is no better.

"You don't give the community a choice and a voice in who they want to represent them," said Kerchner.

As a costs savings measure, the board could roll the election in with another city election in June 3rd.

If the board were to vote to keep the election separate, the earliest it could be held is March. Only residents of Lamotte's former district, which covers parts of south L.A. including the Palms neighborhood out to Leimert Park, can vote.

No tie breakers can impact board decision making while the seat is vacant. If a decision is deadlocked, members will have to revote at a subsequent meeting until a majority decision is reached.