Reframing the Refrain: CHOICE AS A CIVIL RIGHTS ISSUE 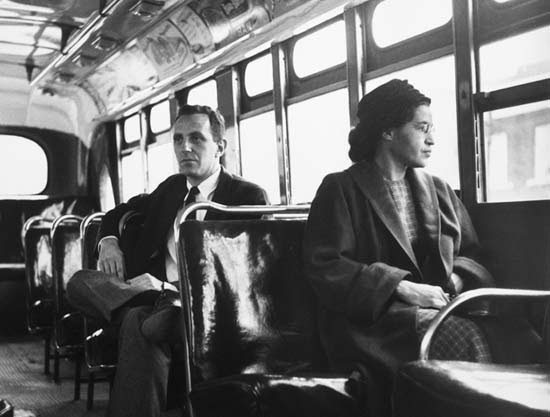 November 21, 2013  ::  Student achievement data in the U.S. show long-standing and persistent gaps in minority versus majority performance (Vasquez Heilig & Darling-Hammond, 2008). Public concern about pervasive inequalities in traditional public schools, combined with growing political, parental, and corporate support, has created the expectation that school choice is the solution for poor and minority youth (Vasquez Heilig, Williams, McNeil, & Lee, 2011). As a result, many reformers have framed school choice as a “civil rights” issue. Scott (2013a) argued that philanthropists, policy advocates, and leading pundits have followed Secretary Arne Duncan’s conjuring of Rosa Parks and the broader Civil Rights Movement as synonymous with market-based school choice.

It is notable that the school choice movement counts on prominent African American and Latina/o leaders to support vouchers, charters, parent trigger, and other forms of choice. For example, Mayor Castro and other prominent Latina/os in San Antonio, Texas have escalated their search to recruit and attract corporate charters such as the Knowledge is Power Program (KIPP), BASIS and Great Hearts to the city. In Milwaukee, The Black Alliance for Educational Options (BAEO), heavily funded by politically conservative-leaning foundations, has lobbied the public for vouchers for more than a decade. Gloria Romero, former California State Senator, authored a parent trigger bill in California— legislation that allows the current parents in a school to vote to turn the school over to an alternative management organization. In our recent Twitter exchange, Romero framed her bill as a civil rights remedy for low-performing schools. Clearly, African American and Latina/o leaders have formed advocacy coalitions to press for school choice as an alternative to the status quo as our nation has consistently and purposefully underserved students of color (Scott, 2011).

What is surprising is that unbridled choice proponents harp about the limitations of traditional public schools but rarely discuss the predominance of the peer-reviewed research literature that demonstrates limited or no effect of choice (i.e. vouchers and charters) on student success (Scott, 2010). Are there examples of student success in charters? Of course, as is there also in public schools. However, the most prominent study of charter schools across the nation showed that nationwide only 15% of charters perform better than traditional public schools (CREDO, 2009). While it is true that you can find an occasional peer-reviewed study that shows small effects for vouchers, the predominance of the research literature in the United States and elsewhere in the world shows no statistical significance or limited effects (Portales and Vasquez Heilig, 2013). What is also notable about the rare voucher study that shows a positive effect is that they are typically churned out by researchers primarily funded by foundations that are ideological school choice advocates (Vasquez Heilig, 2013).

The most prominent financial supporters and proponents of the school “choice” cause are the Koch brothers, American Legislative Executive Council, Walton Foundation, Broad Foundation, Heritage Foundation, and Foundation of Educational Excellence. Why are politically conservative foundations and organizations spending millions of dollars funding studies and lobbying intensely for vouchers, parent trigger, and charters? Why are these the “choices” continually pressed in the public discourse? (There are of course other forms of choice that these groups usually ignore such as magnets and intra-district choice) What do all of these forms of choices have as a common denominator? The common denominator of the venture philanthropist school choice movement is that they are consistent with a neoliberal agenda (Wells, Slayton, & Scott, 2002). According to Wikipedia, Neoliberalism is a political philosophy whose advocates support “economic liberalization, free trade and open markets, privatization, deregulation, and decreasing the size of the public sector while increasing the role of the private sector in modern society.” Each of the choices pressed by neoliberal-leaning foundations move the responsibility and funding of public education into the hands of organizations external to the traditional democratically-controlled public school system.

As a result, school choice advocates are a motley alliance between those whose primary focus is greater opportunity for historically underserved students of color—civil rights— and those that want to see the state reduce its role in public education and shift the responsibility to the private sector. Will both the neoliberals and civil rights proponents have their goals realized via school choice? We have already seen a full transition from a public to market provision of education in South America. The Chilean government purposely divested in public education and created a universal voucher system (Portales and Vasquez Heilig, 2013). What are the observed results of a national “choice” market? School choice has enhanced and accelerated inequality (Auguste & Valenzuela, 2004; Gauri, 1998; Hseih & Urquiola, 2004; Hseih & Urquiola, 2006). Chile is a prime example of how choice magnifies inequality because in a market approach, capital rules the day. Students without enough capital (test scores become capital in addition to currency) are denied access in Chile. If you go to the grocery market without capital (i.e. cash), you will come away empty-handed. The same economic principle has functioned in the entirely market-based Chilean education system. The Chilean case demonstrates the detriments in a market-based education system: Low-SES students with marginal test scores are disproportionally hurt by an educational system dominated by choice. The international media has reported several waves of national protests by students and families against the escalation of stratification fomented by the Chilean school choice system (New York Times, 2011).

Charter schools may be public, but they can shape their student enrollment in surprising ways. This is done though a dozen different practices that often decrease the likelihood of students enrolling with a disfavored set of characteristics, such as students with special needs, those with low test scores, English learners, or students in poverty.

So school choice is just that, charter schools can choose. NEPC continued,

When charter schools fail to serve a cross-section of their community, they undermine their own potential and they distort the larger system of public education. “It doesn’t have to be this way,” says Welner. “The task for policymakers is to redesign charter school policies in ways that provide choice without undermining other important policy goals. For instance, being innovative doesn’t require being selective or restrictive in enrollments.

If I only offered you two choices for dinner: A vegan burger or tofu— is that really choice? Clearly, if you don’t like the choices that you have on offer for dinner, or in your neighborhood school, you are going to want to choose an alternative. I proffer that the meta reason that school choice is a prominent discussion in our time is simple: Our policymakers have failed to provide what is necessary for poor and minority children to succeed in their neighborhood public schools. Considering this, the choice discussion must be reframed. It is not a mystery in the United States what works in schools. In each city there are successful private schools and public schools on the other side of the tracks/highway/river etc. So what should parents already be able to choose from in their existing neighborhood public school? I have produced a concise list of my prior empirical work to redefine this choice:

This concise summary of research is not an exhaustive list of the important choices parents and students should already be offered in their neighborhood schools. However, the current neoliberal direction of educational policy has reduced these forms of choice in neighborhood schools. Thus, as Friere (2007) suggested, the lack of an adequate education in certain schools is clearly purposeful. Take for example, the Texas Legislature’s (more than twenty year) obsession with high-stakes testing and accountability coupled with $5.4 billion in cuts from education (Vasquez Heilig, Williams & Jez, 2010). The same legislature that has argued that Texas’ public schools are inadequate are the same individuals responsible for inadequately funding education— landing them in court numerous times over the past three decades. In New York City and Chicago, you see a similar game plan, first fiscal cuts and then “choice” peddled as the solution (Scott & DiMartino, 2009).

Colin Powell once famously stated about the Iraq war, “If you break it you own it.” In my view, that’s the end goal for public education for neoliberals. They seek to transfer public education from the state budget to the family budget. Their bamboozled bedfellows are civil rights proponents who support unbridled neoliberal approaches to school “choice.” So if you are a “choice” proponent interested in civil rights— understand that in markets there are winners and losers. In the case of choice, the long-term losers in a large-scale market-oriented education continue to be historically underserved students of color and special populations.

This essay demonstrates that school choice is a civil rights issue, but not as currently framed. First, school choice, on average, does not produce the equity and social justice that proponents spin (Wells, Slayton, & Scott, 2002). Second, school choice has created a motley alliance between privatizers and traditional civil rights proponents that is not in the best interest of poor and minority students (Wells, Lopez, Scott & Holme, 1999). Scott (2013b) posited,

Can we imagine Martin Luther King, Jr., A. Philip Randolph, Ella Baker, or Rosa Parks marching on Washington to secure the right for parents to compete in lotteries for spaces in free-market schools?  Rather than these figures, the managers of such reforms in fact seem to be emulating another iconic cultural figure: Milton Friedman, the Nobel Prize-winning libertarian economist whose 1962 best-selling book was entitled “Free to Choose.”

Moving our schools from the public sector to the private sector is a false choice. Instead, as the research concisely demonstrates, parents and students should be able to choose a neighborhood public school with the important characteristics that are already established in the research literature and consistently observed in wealthy high-performing public and private schools. Access to those choices in democratically-controlled neighborhood public schools is the civil rights issue of our time— large-scale privatization of education is not.

This article appears in the Texas Education Review, the new student run journal at the University of Texas at Austin. Retrieve the pdf of this article here. See the entire issue here.

Julian Vasquez Heilig is currently an Associate Professor of Educational Policy and Planning and African and African Diaspora Studies (by courtesy) at the University of Texas at Austin.

Please blame Siri for any typos.

Scott, J. (2010). Review of “Expanding Choice in Elementary and Secondary Education: A Report on Rethinking the Federal Role in Education,” Boulder and Tempe: Education and the Public Interest Center & Education Policy Research Unit. Available at: http://epicpolicy.org/thinktank/reviewexpanding-choice

Scott, J. (2013b, August 5). Key flaw in market-based school reform: a misunderstanding of the civil rights struggle. The Washington Post. Retrieved from http://www.washingtonpost.com/blogs/answer-sheet/wp/2013/08/05/key-flaw-in-market-based-school-reform-a-misunderstanding-of-the-civil-rights-struggle/

Vasquez Heilig, J. (2011a). As good as advertised?: Tracking urban student progress through high school in an environment of accountability. American Secondary Education, 39(3), 17-41.