LA SCHOOLS CHALLENGE FOR NEW FUNDING: INVOLVING PARENTS IN HOW THE MONEY IS SPENT + Parent Survey 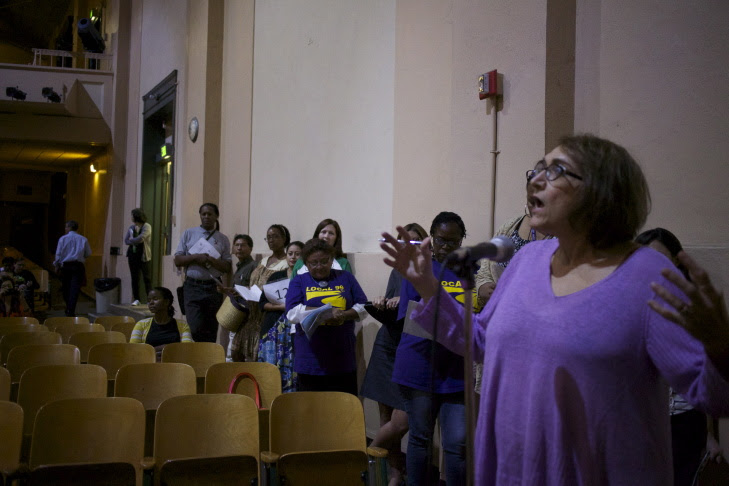 December 5th, 2013, 6:01am  | A survey out today shows parents 80 percent of parents would be more likely to engage with school districts about policy and spending if they just felt listened to.

The report released by EdSource and funded by the California Endowment, comes in the midst of big changes in California school budgets: the state is giving districts extra money for disadvantaged kids, but it's requiring them involve parents in the early stages of deciding how to spend it.

“Parents don’t want to feel that they are just doing this as window dressing," said Louis Freedberg is EdSource's executive director."School districts can say ‘oh we did this. We met the requirements of law,’ but that parents input didn’t really have impact."

The law gives extra money to schools with lots of students who are low-income, in foster care or still learning English. With all its disadvantaged students, L.A. Unified will gain an extra $188 million.

But engaging the parents of 650,000 students has proven easier said than done. There are more students in L.A. Unified than DC, Delaware, Vermont, Wyoming and both the Dakotas combined.

Thousands of people filled out the survey and close to a hundred people showed up at each of the events - a tiny fraction of the possible audience. Any many of the parents in the room were also L.A. Unified teachers.

The survey was also given at the events. It asked people to rank various possibilities for how the money could be spent - like shrinking class sizes and providing certain types of education.  Results mirror the union’s top priority: using the new money to increase pay.

Joyce Epstein, who runs The Center on School, Family, and Community Partnerships at Johns Hopkins University, said L.A. Unified is going to have to do more than just four town halls.

"It's not that that isn't valid," she said. "It's that it's one piece in a comprehensive approach."

To get it right, she said the districts are going to have to think much more local and engage parents at each school.

Angel Zobel-Rodriguez has been trying to put her two cents in for twenty years.  She’s a longtime L.A. Unified parent who runs an education blog out of her house in the San Fernando valley.

“I know they mean well, but sometimes I feel they grab the first three parents that walk in the door,”  she said.

Zobel-Rodriguez wants the district to use the new Local Control Funding money on specialized classes, such as arts and AP. But, she said, she does not feel heard.

She complains too often a dog and pony show stands in for meaningful parent discussion.

"What really scares me is when a group with a bunch people with policy degrees - that are trying to work for some Sacramento politician - start telling everyone else what the schools are like," said Rodriguez, referring to the United Way of Greater Los Angeles and the ad-hoc committee the nonprofit organized around Local Control Funding.

A group of parents have begun calling the organizations AstroTurf - meaning they're not really as grass-roots as they seem, especially given the big names behind some of their funding.

The United Way doesn't disclose all its funders, but acknowledges that large corporate foundations are among them. Still, Ryan Smith, director of education for L.A.’s United Way, said the criticism is just wrong.

“In no way are we coming to take the parent voice," said Smith, who used to work for former Mayor Antonio Villaraigosa's Partnership Schools and other education reform efforts. "If anything, our sweet spot is how provide information, how do we give as much support as possible for people to really unpack the issue.”