The California Office to ®eform Education: LAUSD SUPERINTENDENT SEEKS NCLB WAIVER FOR HIS DISTRICT AND NINE OTHERS + smf’s 2¢

02/20/2013 03:03:26 PM PST - LOS ANGELES -- With California unable to get a waiver from the No Child Left Behind law, LAUSD and nine other districts have launched an effort to create their own data-based accountability systems -- and have more freedom in how to spend tens of millions in federal dollars.

No Child requires that students pass English and math tests by 2014-15 -- a standard that many of the state's education leaders believe is unrealistic.

LAUSD Superintendent John Deasy met Wednesday with Education Secretary Arne Duncan to discuss granting waivers to a consortium of 10 districts that together serve more than 1 million students. Long Beach Unified is also part of the consortium, which calls itself the California Office to Reform Education. 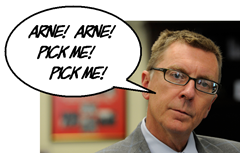 <<LAUSD Superintendent John Deasy is seeking to leverage the district's move toward teacher-accountability standards into more freedom on how to spend tens of millions in federal dollars. (File photo by John McCoy/Staff Photographer [photo modified]

"We had a fantastic meeting," Deasy said in a phone interview from Washington, D.C. "Secretary Duncan said he welcomes the opportunity to work with us, which I see as a positive sign."

Deasy said waivers would lift restrictions on how they can spend federal Title I -- some $83 million for LAUSD. Currently, the money is earmarked for tutoring and remedial programs, but only a small fraction of eligible students take advantage of the help.

Los Angeles Unified has just launched a new performance-based evaluation, and the other consortium members would have to create similar systems in order to qualify for a waiver. 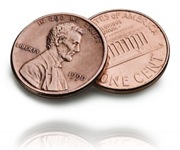 smf: On the face of it, 4LAKids supports the audacity ofthis effort:

What is amusing here is that Deasy & Co, seems have to created a special interest lobbying group masquerading as a quasi-governmental agency (The California Office to Reform Education*) to keep applying for federal waivers based on Deasy’s interpretation of a collective bargaining agreement his collective bargaining partner disagrees with!

Apparently Einstein didn’t say it, but “Insanity is doing the same thing over and over again and expecting different results.”

Mark Twain did say that “History doesn’t repeat itself.  But it does rhyme.

*aka CORE – which been historically unsuccessful at:

Not to be confused with the Congress of Racial Equality – but probably easily confused with Common Core State Standards (and testing)  – to which their wagon is hitched.