The mere threat of our protests was enough. The offensive, illegitimate, unethical billboards have been taken down.
They've whitewashed their wrongdoing by covering them up.
But, hey, we still have photos.

When faced with public denunciation of two protests originally planned later this week, Monica Garcia quietly removed the offensive and hypocritical billboards of herself.

It seems that LAUSD School Board President Monica Garcia had no response that could justify her deep cuts to arts and all creativity in schools to instead focus on standardized tests. She could not justify using the crisis she created to raise Westside money to help fix the disaster of her own making. She could not justify using the LA Fund* to put up billboards of herself in her own district before her election. In difficult times, sometimes cuts must be made. However, it is Monica Garcia's cynical leveraging of cuts to arts education for her own political advantage that is so wrong. The LA Fund, instead of promoting creative thinking in school children, promotes Monica Garcia's political career.

*You may not be surprised to learn that the Los Angeles Fund for Public Education was formed in the summer of 2011 by LAUSD Superintendent John Deasy and Megan Chernin, Chair and co-founder of L.A.'s Promise, one of the not-so-promising school takeover organizations. 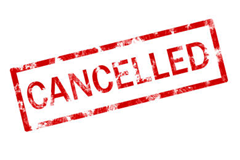 The protests against the self-serving Monica Garcia "Arts Matter" billboards, which were scheduled for tomorrow and Friday, have been cancelled. Please scroll read the announcement [above] for the details.

It's vital that in the March 5 primary, and in the May 21st general election, we elect school board candidates who understand the integral role that teachers play in public education. Please check this link  http://joinpace.org/our-candidates/  to see UTLA endorsed candidates in Board Districts 2, 4, and 6 and to sign-up to volunteer to phone-bank and/or precinct walk to keep the billionaires out of public education!

How long were the posters up? Given LA Fund's 501C3 status, it is illegal for them to participate in this sort of campaign, esp. right before an election.