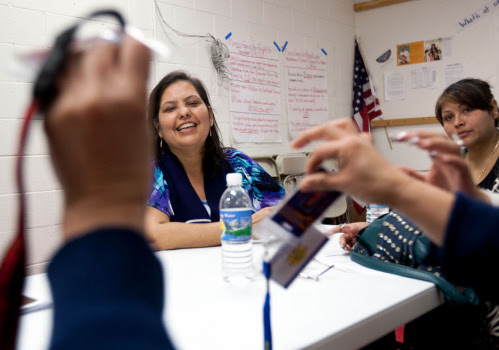 February 14th, 2013, 5:00am  ::  New York Mayor Michael Bloomberg's unprecedented $1 million donation Tuesday to influence Los Angeles school board elections ups the ante in a school board race that is on its way to breaking fundraising records.

The 2013 school board races have barely started and they have already attracted more than $4 million in donations. Compare that to 1978, when Bobbi Fielder spent $56,000 to win a seat on the board.

Unlike in Fiedler’s time, most of the money this year isn't coming from individual donations. It's coming from independent committees that can raise unlimited amounts of cash.

For years the teachers union was the outside group that spent the most. It got Mark Slavkin elected in 1989. But the scale was still much smaller.

A decade later, Los Angeles Mayor Richard Riordan challenged the teachers union’s stranglehold on elections, creating a mayoral political machine to oppose what he saw as a slow-moving, unaccountable board majority put in place by the union.

“I’m going to get myself 100% involved in education to make sure every poor child in this city has a quality education,” he said during a public affairs TV program in 1999.

Riordan recruited L.A. billionaires Eli Broad and Jerrold Perenchio to fund the Coalition for Kids. The group elected a school board majority in 1999.

The mayor’s office and the teachers union have been at it ever since.

“In politics, if you don’t play the game, you get squashed because your opponents will play the game,” said John Perez, who was president of United Teachers Los Angeles in 2003. “It was Dick Riordan, Eli Broad, and Jerry Perenchio that started this ball rolling downhill with tons and tons of money in school board elections.”

Perez said the teachers union took out a $1 million loan to battle the Coalition for the 2003 elections.

Spending jumped again in 2009. That's when new laws removed limits on how much independent expenditure committees for school board races could raise and spend. By this time L.A. Mayor Antonio Villaraigosa had renamed Riordan’s group the Coalition for School Reform.

“What’s at stake (is) our superintendent who’s turning our school district around and what’s at stake is a reform minded, progressive school board,” Erickson said.

With Mayor Villaraigosa’s help, the Coalition has raised more than $2.5 million – including the $1 million from Bloomberg, which is likely a reflection of the two mayors’ close work on education policy.

The candidates themselves have received hundreds of smaller checks, and those donors run  the gamut. They include district teachers, administrators, charter school employees, Hollywood writers and producers, and owners and employees of businesses that are or could do business with the district.

“We see the charter school operators are obviously players in the big money piece, they stand to make money, buying favor,” said longtime PTA leader Scott Folsom. He is running as a write in candidate for LA Unified board because he opposes what he says is the privatization of public education through charter schools.

There are two other committees raising money to influence the school board races.

One is the SEIU labor union, which represents secretaries and other non-teaching staff, raised $329,000 as of mid January. The other is the longtime leader, the teachers union independent expenditure committee, which has raised $740,000 so far.

“I think it's unfortunate when the exceptionally wealthy or those who control lots of money, think that because of their money that they’re entitled to dictate how the children of Los Angeles are educated,” said Gregg Solkovits, the head of the teachers union committee.

The record for independent expenditures in LA Unified school board races was set in 2009 at $4.5 million, only $1 million less than what the independent groups have raised so far this cycle.

Many more donations are expected to come in the next few weeks leading to the March 5th primary election. For those seats that are not decided in March, the campaigns will reset and rev up for a June runoff – with more fundraising.