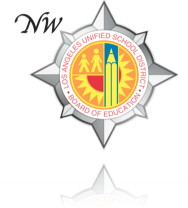 Posted: 07/08/15, 6:59 PM PDT | The new local superintendent in charge of schools in the northwest San Fernando Valley plans to create an apprenticeship program that will help Los Angeles Unified students land jobs in skilled trades when they graduate.

Before taking charge of 127 schools from North Hollywood to Chatsworth, Local Superintendent Vivian Ekchian had already started laying the groundwork in her previous position heading up contract negotiations with the district’s labor unions.

The deal she struck with the school district’s building and construction trade union provides for a partnership to train and employ students. Ekchian said the initiative will be rolled out to high schools in the northwest San Fernando Valley this year.

“I would like our students to have access to an apprentice program so they can come back and work for this district or any other place,” Ekchian said.

In all of Los Angeles Unified and charter schools in its territory, only 31 campuses offered classes in auto repair and building trades, according to the most recently available state records for the 2013-14 school year.

Ekchian said the program’s details will be worked out with principals after they return from summer break July 23.

“I have meetings set up to discuss which high schools would like to dive in immediately and which ones would plan accordingly,” Ekchian said.

Ekchian started her new position July 1, which was 30 years after she began working for LAUSD as a teacher at Union Avenue Elementary in the city’s Pico Union neighborhood.

In subsequent years, she served as director of instruction to San Fernando Valley schools and the district’s chief human resource officer.

Ekchian’s current job and district were created by Superintendent Ramon Cortines, who re-drew the boundaries of local districts as part of a reorganization earlier this year. Cortines has said one of his top priorities is to give more control to local districts and the superintendents who run them.

Ekchian has her work cut out for her, as LAUSD prepares for the first time to require students pass college prep courses needed to attend state universities before they can graduate high school.

More than half of LAUSD’s incoming seniors, 15,099 students, will need to make up courses if they are to graduate under the new rule.

Ekchian said students will need a coordinated effort by educators and parents. To that end, educators will need to very carefully plot course schedules. Workshops will also be held to inform parents about the requirements.

Additionally, students who are falling behind in classes will need early interventions to ensure they pass.

“That’s really important, not just being placed in a class, but successfully completing it,” Ekchian said.

People interested in learning more about Ekchian’s vision, the northwest district and its schools can visit: http://achieve.lausd.net/Page/8478.