MAN ON A MISSION: Carl Schafer works to get California to enforce its own arts education law 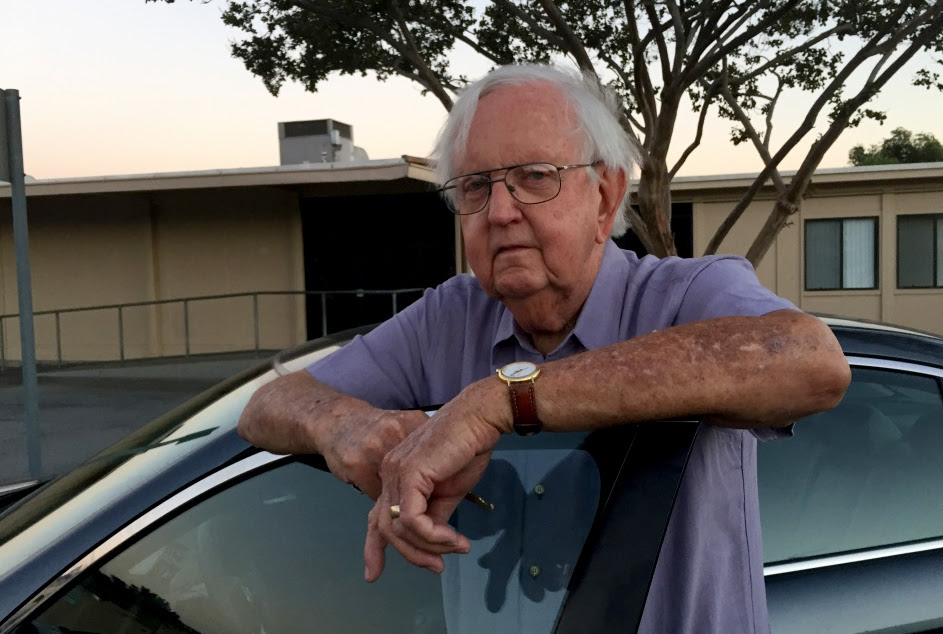 Music teacher and former principal Carl Schafer has logged about 1,700 miles during his three-year quest to get arts taught in California's public schools. Mary Plummer/KPCC

July 23 2015  ::  There’s a little-known law that requires California's public schools to teach dance, theater, visual arts and music. Most school districts ignore it. Carl Schafer is on a mission to change that.

Schafer has spent the last three years lobbying to get arts instruction to every student in the state.

His journey began a few years back, when Schafer discovered words in California’s education code that mandate arts instruction for 1st through 12th-graders.

"When I first started doing this and bringing it up, there were lots of people in very important positions in education who were not aware," he said.

Since then, Schafer has made it his personal crusade to ensure the law is enforced. He's had meetings with state Sen. Carol Liu; Rick Pratt, the chief consultant to the state Assembly Committee on Education; and California Congressman Ted Lieu.

Schafer's made some progress. State Sen. Ben Allen is considering calling for an informational hearing to tackle the subject of arts instruction in the education code. The California Arts Council has also agreed to discuss the education code at a September meeting in Santa Cruz.

Schafer thinks all schools can offer arts instruction as mandated by the state.

"I think it’s attainable," he said. "It’s really, I think, a matter of learning how to do it."

The 83-year-old Schafer describes himself as semi-retired, but his voicemail hints at his busy life. His message lists five organizations for which callers can leave messages.

The former principal and teacher has spent almost six decades working in education. Recalling how the arts and music first became his focus, Schafer says it was a traveling salesman who set the course of his life.

At age six, a knock at the door led to violin lessons.

In high school, he offered to carry the string bass of a pretty girl. It was the fall of 1948. By 1952, they were married, and still are today.

Schafer joined the Army a few years later for which he played the clarinet and cymbals. After he left the military, he entered college in Santa Barbara and practiced for his music degree on a pre-war piano that still sits in the living room of his Upland home.

Schafer wants the same artistic opportunities he enjoyed to be made available to young people across California. He’s taken a dozen flights to Sacramento and logged about 1,700 car miles lobbying across California — all trips he's paid for himself. 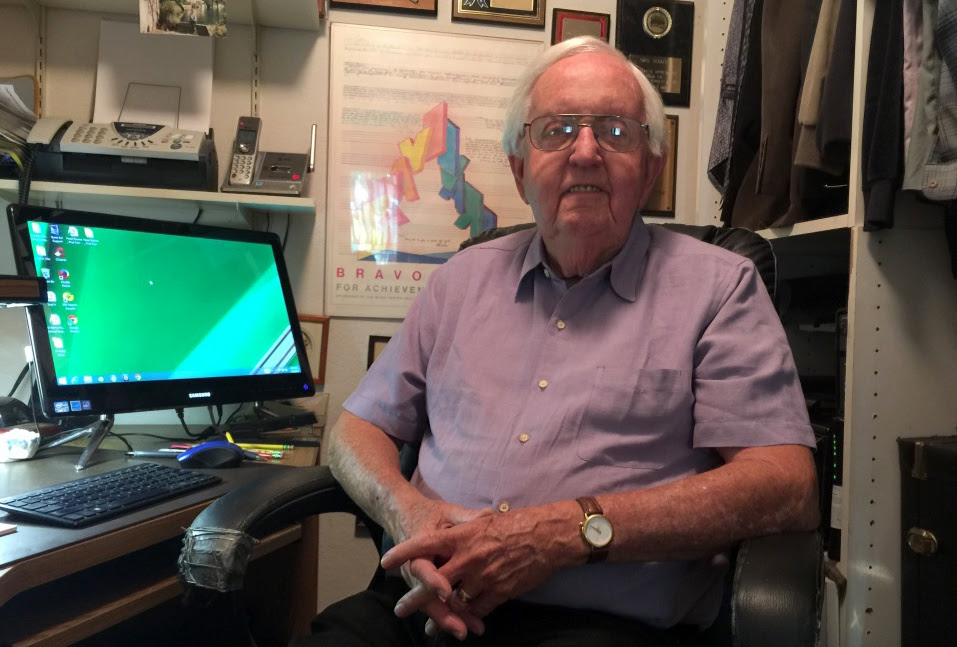 At his home, Schafer’s converted a small walk-in closet into desk space. Crammed between his office supplies and his suits, he works on getting the arts education laws enforced.

"It needs to be universal, and this is the only way it’s gonna get universal," he said.

Nationwide, 42 states require the arts be taught from elementary to high school. But in recent years, the recession and an emphasis on standardized testing led to arts funding cuts in many school districts.

Joe Landon, executive director of the California Alliance for Arts Education, said Schafer has earned a reputation for his persistence.

"He’s somebody who is just pushing the envelope constantly, saying what you're doing isn't enough," he said.

Schafer seems to reach out endlessly until he gets what he wants, Landon said.

"We don’t necessarily agree with everything that Carl is espousing, but we really appreciate and recognize the importance of his point of view," he said.

Like Schafer, Landon wants all kids to have arts instruction. But he and Schafer differ on the best tactics to get there. Landon said there are several mandates in the state's education code that don’t get enforced.

Decisions about whether to provide arts instruction often come down to money and priorities: school districts will say they don't have enough of the first and sometimes don't think of the arts for the second.

But Schafer points to a recent lawsuit settlement that forced schools in California to provide physical education which, like arts instruction, is explicitly required under the state's education code.

At a recent Ontario-Montclair School District board meeting, Schafer took to the lectern to talk about his favorite subject. The school district is where Schafer spent most of his career. Yet it, too, does not fully abide by the arts instruction mandate.

“We have been conditioned to believe that arts education is something that can be eliminated or that it's optional," he told board members. “What I want you to know is that in the education code, it is not optional.”

As he talks, the buzzer that limits each speaker's time goes off. “Stop that thing!” he shouts over the noise... and keeps on speaking.