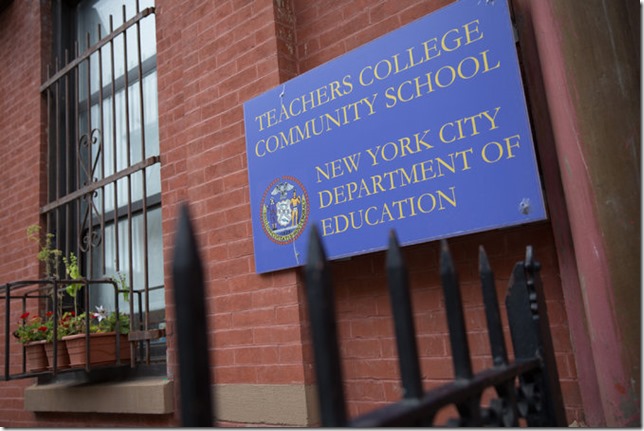 Teachers College Community School opened in 2011 with Jeanene Worrell-Breeden as its principal. Credit Michael Appleton for The New York Times

JULY 27, 2015The principal of a popular elementary school in Harlem acknowledged that she forged answers on multiple students’ state English exams in April because the students hadn’t finished the tests, according to a memorandum released Monday by the Department of Education.

On April 17, the same day that someone made a complaint about the cheating, the principal, Jeanene Worrell-Breeden, of Teachers College Community School, jumped in front of a subway train. She died on April 25.

The accusations of cheating, and Ms. Worrell-Breeden’s suicide, have been previously reported, and the three-paragraph memorandum released on Monday offered a few new, if scant, details on the events preceding her death.

According to the memorandum, the Special Commissioner of Investigation, an office that investigates misconduct in the city’s schools, received an email complaint on April 17 that Ms. Worrell-Breeden had told someone that she had forged answers on multiple students’ answer sheets because they had not finished the tests. 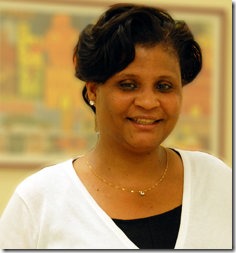 The name of the person who made the complaint was redacted from the version of the memorandum that was released. It was not clear if it was the same person whom Ms. Worrell-Breeden had confided in, or a third person. Nor was it clear whether Ms. Worrell-Breeden forged answers just on the first of the three days of English tests, April 14, or on subsequent days, as well; and whether she knew a complaint was being made before she took her own life. A department spokeswoman declined to answer further questions.

The complaint was referred to a different office, the Department of Education’s Office of Special Investigations, and on May 18, Robert Small, an investigator from that office, went to the school and conducted one or more interviews. The accusation of cheating was substantiated, according to the memorandum, which was written by Mr. Small. But because Ms. Worrell-Breeden had died, he recommended the case be closed.

As a result of the cheating, the city invalidated several dozen English test results for the school’s third grade. Those pupils were the oldest students at the school, which opened in 2011 with Ms. Worrell-Breeden as principal, and the first to take standardized exams. The invalidated results did not affect any student’s promotion to the fourth grade, the Department of Education said.

According to an obituary published by the Council of School Supervisors and Administrators, the city principals’ union, Ms. Worrell-Breeden had degrees from Penn State University, City College of New York and Fordham University and worked briefly on Wall Street before following her mother into education. She began teaching at Public School 18 in the Bronx, where she became principal in 2005.

JULY 26, 2015  ::  The results of several dozen standardized tests taken by third graders at a sought-after public elementary school in Harlem have been invalidated amid allegations of testing improprieties by the school’s principal, according to city education officials.

The principal, Jeanene Worrell-Breeden, 49, killed herself soon after the testing was completed at Teachers College Community School, adding a tragic note to the episode and raising questions about whether the allegations had factored into her death. She jumped in front of a B train near 135th Street and St. Nicholas Avenue on April 17, and was taken to Harlem Hospital Center, where she died on April 25, the police said.

The allegations against Ms. Worrell-Breeden were made the same day that she jumped, and a day after the city’s public school students in grades three through eight completed three days of English exams as part of a high-pressure state testing program.

It was the first year that Teachers College Community School, which opened in September 2011 with kindergarten, had children old enough to take the tests. Though this round of testing would serve as the school’s first official appraisal, many community members believed it was prospering.

“The tragic irony here is that by all accounts this school is a runaway success,” said City Councilman Mark Levine, who represents much of Harlem. “I’ve visited a number of times and am in regular communication with the parents. They seem to be thriving.”

Still, Ms. Worrell-Breeden took a proactive approach to preparing students for the exams. The school had begun incorporating elements of the standardized tests into the curriculum one year earlier, and offered an after-school academy five days a week for the second graders. During exam week in April, students began each day with a pep rally meant to ease anxiety.

It was this steadfast devotion to her students’ success that made Ms. Worrell-Breeden a popular figure among the school’s active parents.

“Aside from being inspiring and supportive, Jeanene was a visionary leader,” Laurie Kindred, who served as co-president of the parent-teacher association during the previous school year, said. “She was an impassioned, dedicated principal who stood by what she believed on behalf of the kids.”

Devora Kaye, a spokeswoman for the city’s Department of Education, issued a statement on Sunday that confirmed that Ms. Worrell-Breeden “was the subject of allegations of testing improprieties.”

“An investigation substantiated these allegations, and we closed the investigation following her tragic passing,” the statement said. “This is a difficult time for the T.C.C. school community, and we will provide ongoing support to students, families and teachers.”

Ms. Kaye did not provide further details, saying that a report would be released on Monday. The investigation was reported on Sunday by The New York Post.

Teachers College Community School is run by the Education Department in partnership with Teachers College at Columbia University. The school offers many programs for students, including violin lessons for all third graders.

In the 2014-15 school year, there were 218 students enrolled in prekindergarten through third grade, nearly two-thirds of them black or Hispanic. The school, which admits students by lottery, has become one of the most popular in Harlem, drawing applications this year from 464 families for 50 kindergarten spots, Jim Gardner, a spokesman for Teachers College, said.

City education officials said the department’s Office of Special Investigations had substantiated the allegations against Ms. Worrell-Breeden, who was not interviewed during the investigation. They noted that the decision to invalidate the results of the 47 English exams would not negatively affect the students’ promotions to fourth grade.

A version of this article appears in print on July 27, 2015, on page A17 of the New York edition with the headline: Test Scores Invalidated at a School in Harlem.