L.A. UNIFIED TAKES ON SEXTING WITH EDUCATION CAMPAIGN, NOT PUNISHMENT 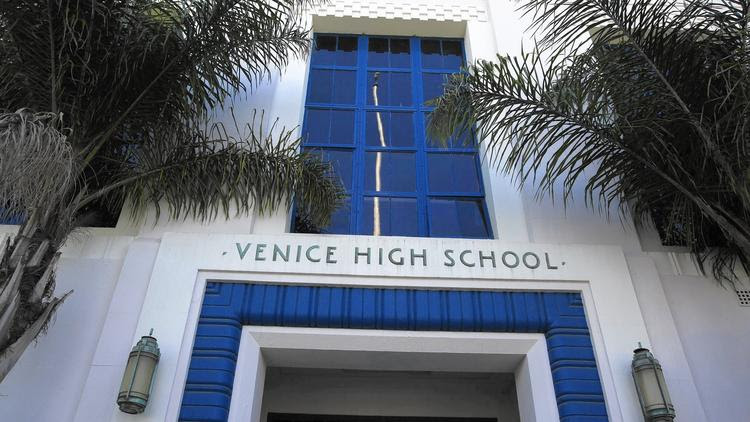 A photo on social media in March led to the arrests of 15 boys at Venice High School on suspicion of sexually assaulting two girls. Prosecutors ultimately declined to file charges against the boys. (Anne Cusack / Los Angeles Times)

L.A Unified takes on sexting with education campaign, not punishment

7July2015  ::  When Viviana Martin Del Campo walked into her sixth-period geometry class at Venice High School in March, she saw a group of boys huddled over a cellphone, laughing. The target of their attention turned out to be a sexually explicit photo of two classmates.

The photo, circulated on social media, embroiled the school in turmoil after the arrests of 15 boys, mostly on campus, on suspicion of sexually assaulting two girls.

But what shocked Viviana, 16, wasn't so much the photo. It was the arrests. Sexting has become so common, she said, that few teenagers would ever imagine that police would get involved.

"I didn't take it as much because it kind of happens often," she said. "Students shouldn't be criminalized for it." 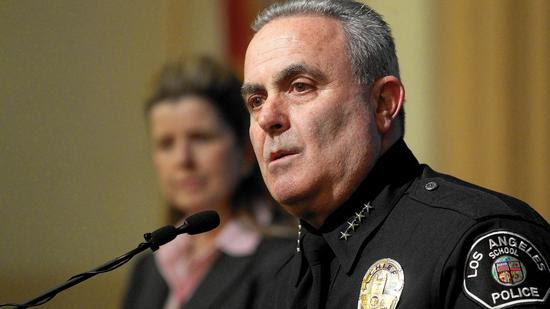 As teens' access to social media expands — 92% report going online daily and three-quarters have access to smartphones, according to a 2015 Pew Research Center report — sexting has also proliferated. A 2014 Texas study found that 28% of teens surveyed had sent naked pictures of themselves via social media and 60% had been asked for one. Both researchers and students say that sending other texts — including photos of others, semi-nude pictures, sexually explicit cartoons and messages — is even more pervasive.

"It's a perfect storm of adolescent hormones coupled with the immediacy of a smartphone," said Jeff Temple, an associate professor and psychologist at the University of Texas Medical Branch who coauthored the sexting study.

The growth in sexually explicit photos in text messages has set off wide-ranging responses from families, educators, legislators and law enforcement. More than 20 states have enacted legislation regarding it since 2009 — some to strengthen penalties, others to lower them — although efforts to do so in California have failed.

The Los Angeles Unified School District plans to roll out what may be the state's most ambitious educational campaign around the issue. Officials are creating a video, lesson plans and handouts on sexting, which they plan to distribute to all schools beginning this fall.

L.A. Unified Police Chief Steven Zipperman said the campaign will teach students about the dangers of sexting, including possible criminal violations of child pornography and obscenity laws and the personal consequences.

"We're really trying to get the message out that before you push that send button, please think about what it may mean to you — not just the criminal factor but the embarrassment, your future employment, college entrance. What you do now matters, and they need to understand that," Zipperman said.

Zipperman said the campaign did not grow directly out of the Venice High case, in which prosecutors ultimately declined to file charges against the boys based on insufficient evidence.

It's a perfect storm of adolescent hormones coupled with the immediacy of a smartphone.

- Jeff Temple, an associate professor and psychologist at the University of Texas Medical Branch

During their investigation, The Times reported, detectives confirmed that at least one photo that appeared to show sex acts involving teenagers had circulated on social media.

The campaign is part of the district's continuing efforts against bullying, said Holly Priebe-Diaz, intervention coordinator. She said teachers will be asked to share the material and engage students in conversations about it.

Officials also plan to invite parents to watch the video and discuss it with their children. The campaign will involve school police, families, community organizations, teachers, counselors, administrators, students and the city attorney's office, she said.

Other major school districts have handled sexting, which is not specifically addressed in state education laws, under discipline policies for bullying, sexual harassment or other offenses. San Diego Unified offers students a program through the local police foundation on Internet safety, which includes sexting. Oakland Unified trains administrators on district complaint policies, including how to respond to inappropriate online behavior, according to spokesman Troy Flint.

Students should be given facts about sexting without exaggerating its risks, said Temple. While sexting that is coerced, inappropriately shared or between an adult and minor is clearly wrong, he said, voluntary exchanges between two teens should be discouraged through education rather than punishment.

Estimates vary on how much students use their cellphones for sexual texts. A 2011 national Pew survey found only 3% of all teen cellphone users had sent naked or near-naked photos or video of themselves, although 21% of teens ages 14 to 17 said they had received them. 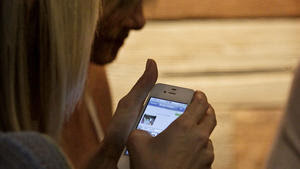 << Sexting may be the new normal for many teens, researchers say

Police and prosecutors across the nation have charged teens who sent, received or distributed sexually explicit material with child pornography, invasion of privacy and other offenses. In May, New Jersey police arrested 19 teens and an adult on suspicion of sexting nude photos of a female student. Last year, Illinois police arrested two eighth-graders allegedly involved in a "sexting ring" of two dozen middle-school students, ages 11 to 14, who reportedly took and shared nude photos of themselves.

The ACLU, however, has beaten back some of the cases on 1st Amendment and other grounds and is calling for education, rather than criminal penalties, for youth.

Both Viviana and Damien Valentine, a recent graduate from Manual Arts High, agreed. In May, Damien said, a freshman showed him a text she had received from a male friend: a nude selfie of a girl who was apparently trying to attract the boy's attention. The freshman asked for advice from Damien, who told her to learn from the mistakes made in this case.

"After something goes out, there's no getting it back," Damien said he warned her.

But such information — along with teens' natural questions about sex and relationships — would best be handled through health classes offering more in-depth sex education, both teenagers said. They also called for more counselors, psychologists and other mental-health professionals to give teens a "safe space" to sort out the issues.

Viviana and Damien questioned whether law enforcement should be involved in sexting issues, saying they feared it would result in more students thrown out of school and into the criminal justice system.

"If there was a rule, policy or law against sexting, then most likely everyone in school will be arrested," Damien said, adding that he gets at least a few such texts a day, most of them cartoons, animations or forwarded photos of people he doesn't personally know. "At this point, it's so normal."

Priebe-Diaz, however, said district policy directs administrators to refer all cases involving sexually explicit photos to school police. Officials could not provide districtwide data on sexting, but Zipperman said they planned to take a "deeper dive" into the issue.

"The whole purpose of this campaign," he said, "is to educate people that this is serious stuff."

LOS ANGELES (AP) -- Sex education has gone digital. Sext ed will be part of the curriculum for Los Angeles students this fall. The LA Unified School District will roll out a broad plan to teach students on the dangers of sharing sexually explicit ... 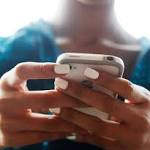 District Begins Campaign Against Sexting to Expand Efforts Against Bullying

Students in LA school districts to learn dangers of sexting

Los Angeles students to get sext education this fall