7/1/15, 12:03 PM PDT  ::  They might not have the fancy equipment of crosstown rival Beverly Hills High School, but a small San Fernando Valley magnet bested its perennial opponent this week to be named the best student newspaper in Southern California.

A group of current and recently graduated students from Daniel Pearl Magnet High School in Van Nuys received the award from the Los Angeles Press Club during a Sunday night ceremony that was attended by the parents of Daniel Pearl, the Wall Street Journal reporter who was murdered while working in Pakistan in 2002.

“It was really special to know they were there the night the kids were awarded this,” Principal Deborah Smith said.

The campus of about 400 students opened six years ago as a magnet school dedicated to teaching communications and journalism.

Its student newspaper, the Pearl Post, won the award for the first time four years ago but was bested by Beverly Hills High the following year and last year.

Beverly Hills High is larger and has greater funding and resources, but the hard work of Daniel Pearl High students paid off, said Adriana Chavira, a teacher who oversees the student newspaper.

“They work really hard and have minimal equipment,” Chavira said. “It really reinforces the idea if you do great work you will be recognized; it’s not just schools in nicer neighborhoods.”

This year students tackled tough issues, ranging from reports on transgender students to the tragic death of a classmate in May.

Natalie Moore, 18, of Northridge, said she’s most proud of her reporting on Los Angeles Unified’s decision to let transgender students play on sports teams and use restrooms of their choosing.

Moore said the reports gave a formerly male classmate the courage he needed to reveal his true gender identity.

“He feels like he can be himself now at school, because of the article I wrote,” Moore said.

A difficult subject for Ilana Gale was when her friend and classmate died just weeks before the school year ended.

“That was very difficult, because I go to such a small school and when something like that happens it’s just very sad,” said Gale, 17, of North Hollywood. “We wanted to focus on her memory, and memories that people at school have of her.”


June 30, 2015  ::  In the heart of downtown Los Angeles, three editors of The Pearl Post sit among professional journalists, broadcasters, photographers and editors waiting to know if they won. 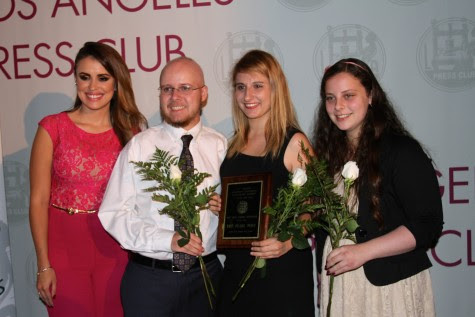 For the fourth year in a row, The Pearl Post was a finalist for Best High School Newspaper by the Los Angeles Press Club. On June 28, The Pearl Post took home the first place plaque at the 57th annual L.A. Press Club Awards at the Millennium Biltmore Hotel. Second place went to Beverly Hills High School’s Highlights newspaper.

“The Pearl Post provides comprehensive coverage of high school issues and supplements its articles with fine photography, compelling profiles of students and teachers, and thoughtful opinion pieces. A fine effort by future journalists and leaders,” the judges commented. 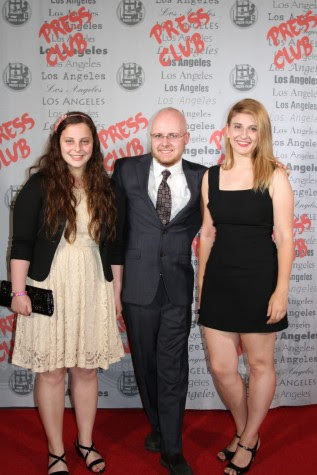 Through the ceremony, guests enjoyed a three-­course meal and were entertained by comedian Alonzo Bodden, who focused on the funny side of more controversial topics like racism and same-sex marriage, which was ruled constitutional by the Supreme Court just two days before.

Along with the awards, a few very special recognitions were given out to more notable and brave journalists. 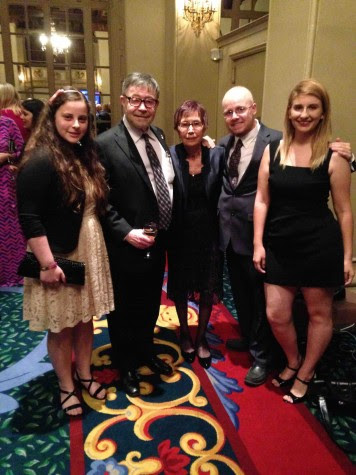 Dr. Judea Pearl recognized the French satirical magazine “Charlie Hebdo” for practicing the freedom of speech despite the murder of seven of the staff members this past January. Antonio Fischetti received the Daniel Pearl Award for Courage and Integrity in Journalism for the magazine, which continues to break down boundaries.

“The war of terrorism will not be won by priests or imams but by journalists like at Charlie Hebdo,” Dr. Pearl told the guests at the awards dinner