By The Times Editorial Board  | http://lat.ms/1LHKoL3 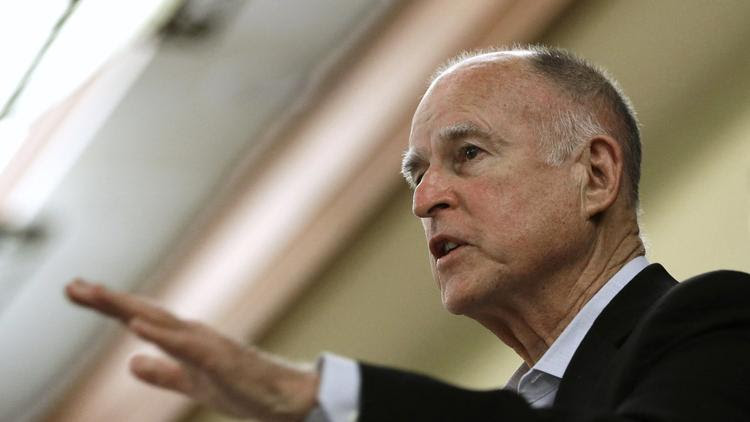 1July2015  ::  Congratulations, California. With Gov. Jerry Brown's swift signature Tuesday on a tough new mandatory vaccination bill, the state has established itself as a national leader on public health. Of course, it will take some years for reality to catch up with the bill's mandates. First there will be the inevitable lawsuits. And even if those don't delay implementation, it will still take a few years before all California students are immunized, because those currently in seventh grade and higher are not required under the law to be vaccinated.

Even with younger students, schools will have to learn to work with parents to get their children fully immunized rather than being forced into one of two undesirable alternatives: turning away all students who don't have every vaccination completed, or lackadaisically ignoring the new law.

So there are still challenges ahead. But this week, the state has already transformed itself, ending its absurdly loose policies on vaccination and moving to protect not just the health of young children but the public as a whole. In his usual terse style, Brown acknowledged the heartfelt concerns of SB 277's opponents but neatly summed up the reasons for making it law. "The science is clear that vaccines dramatically protect children against a number of infectious and dangerous diseases," he wrote. "While it's true that no medical intervention is without risk, the evidence shows that immunization powerfully benefits and protects the community."

Tougher vaccination laws are necessary to achieve what is known as "herd immunity" — the level at which even children who are too medically fragile for vaccination, or whose bodies don't respond to vaccination, are protected by the health of others. To achieve that, 90% to 95% of the school-age population must be vaccinated.

Yet opponents have been sharpening their legal arguments for months; even the American Civil Liberties Union chimed in, saying that because the state Constitution guarantees access to a public education, a vaccine mandate might unconstitutionally keep children from obtaining that education. So far, though, courts have consistently upheld government's right to make vaccination compulsory despite such constitutional guarantees. Mississippi's stringent immunization law for schoolchildren has withstood legal challenge, and this year a federal court upheld New York City's vaccination rule.

As far back as 1905, the U.S. Supreme Court ruled that the common good of public health could take precedence over the right of individual choice. The case involved a Massachusetts man who refused to submit to a smallpox vaccine during an outbreak. As it happens, smallpox was declared eradicated through vaccination in 1980.