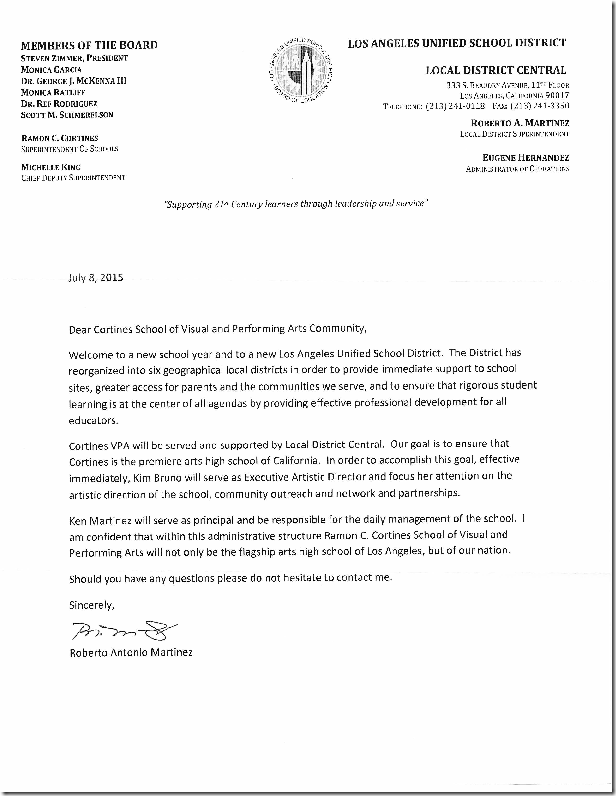 …and where’s Dr. Vladovic on the letterhead?

Eli's Coming: a 1967 song by singer/songwriter Laura Nyro from her album Eli and the Thirteenth Confession, covered by Three Dog Night

"I got up this morning and felt weird... I think Eli's Coming."

See also: By the Numbers: How to Tell if your School District is Infected by the Broad Virus | http://bit.ly/ByTheNos