From the wonderful folks who brought you Vergara: GROUP SUES 13 CALIFORNIA SCHOOL DISTRICTS FOR NOT USING TEST SCORES IN TEACHER EVALUATIONS The lawsuit targets the largest school systems in the state that have barred such use of test results through collective-bargaining agreements with teachers unions. These contract provisions are illegal under state law, according to the complaint, which was filed in Contra Costa County.

The litigation represents the latest effort by Students Matter, a Los Angeles-based group that has turned to California courts to make changes in education law that were otherwise blocked at the state and local levels. The organization was founded by tech entrepreneur David F. Welch to build on other attempts to limit teacher job protections and hold them more accountable for student achievement.

Many states and school systems are using scores in instructors’ performance reviews in part because the Obama administration has offered them incentives, including grants and exemptions from some federal rules and penalties. The practice is among those favored by such influential organizations as the Bill and Melinda Gates Foundation and typically opposed by teacher unions.

Students Matter scored a victory last year when a Superior Court judge in Los Angeles ruled that several teacher job protections were unconstitutional. That case, Vergara vs. California, was watched nationally and spawned similar litigation in New York. The California ruling is on hold pending appeals.

If that decision is upheld, teachers would lose the right to earn tenure, and layoffs would no longer be based on seniority. The process for firing instructors also would be streamlined. The Legislature could pass laws restoring some of these job protections in another form, but they would have to survive court scrutiny.

The goal of the new litigation is to compel change across California. The 13 districts serve about 250,000 students of more than 6 million in the state.

“School districts are not going to get away with bargaining away their ability to use test scores to evaluate teachers,” said attorney Joshua S. Lipshutz, who is working on behalf of Students Matter. “That’s a direct violation of state law.”

The plaintiffs are six California residents, including some parents and teachers, three of whom are participating anonymously.

“There’s growing evidence, a ton of research, that shows the kind of evaluation system they would like to see happen is a disaster for public education,” said Joshua Pechthalt, president of the California Federation of Teachers.

Over-reliance on test scores creates negative incentives that he said contributed to the exam cheating scandal in Atlanta and to “narrowing the curriculum” to material appearing on tests.

“It distorts what happens in the classroom for students and educators,” he said.

The case, Doe vs. Antioch, follows earlier litigation involving the Los Angeles Unified School District. In 2012, an L.A. Superior Court judge ruled that the school system had to include student test scores in teacher evaluations. But the judge also allowed wide latitude for negotiation between the union and the district.

That decision was based on the 1971 Stull Act, which set rules for teacher evaluations. Many districts had for decades failed to comply with it, experts say.

Advocates initially went after L.A. Unified because it is the largest school system in California. Under a court-imposed deadline, the union and district signed a pact that incorporated the use of test scores; but, later, disagreements arose. The two sides are currently in negotiations over a revised evaluation.

“All the evidence points to the fact that a majority are not” complying with the law, said Bill Lucia, president of Edvoice, the Sacramento-based organization behind the previous Stull Act lawsuit.

Those districts approved labor deals that don’t allow the consideration of student achievement in evaluations, according to the complaint, which contains excerpts from collective-bargaining agreements.

The contract for the Fremont district, for example, states that standardized tests “shall not be used in the performance evaluation of a unit member, unless by agreement.”

The issue has percolated in the state Legislature, which considered four bills this year affecting teacher performance reviews. The most contentious ones have been pushed into next year.

The California Department of Education was not named in the suit, but could become involved because Inglewood Unified is currently under state control as a condition of a financial bailout.

A spokeswoman said the department had not reviewed the suit and could not comment. 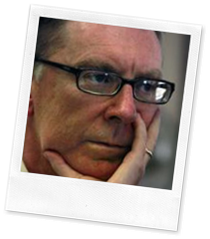 Beatriz Vergara (photo above) became the poster child for the Vergara lawsuit . The actual online Times coverage of this story contains not one but two images of the poster child for this action: the lamentable-but-unlamented John E, Deasy, (Broad Superintendents’ Academy Class of ‘06/current Broad Foundation Superintendent-in-Residence) -  Star Vergara witness and The Face That Launched a Thousand Suits.