The State of Preschool 2012: CALIFORNIA GETS A MEDIOCRE GRADE FOR PRESCHOOL ACCESS AND QUALITY 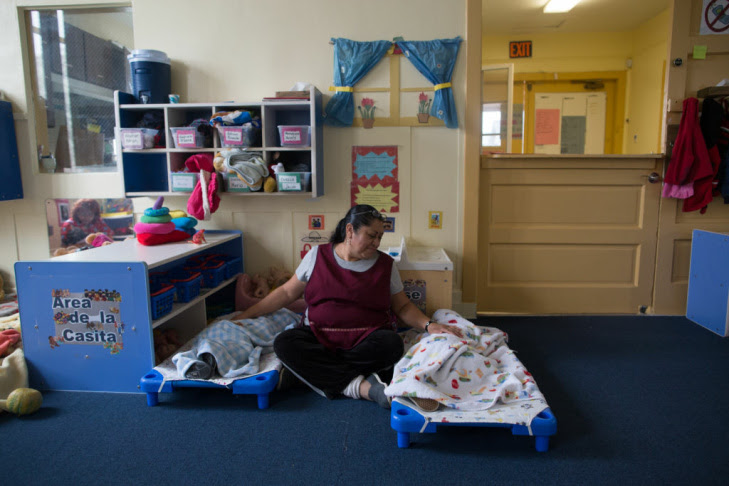 April 29th, 2013, 8:00am  ::   California got a mediocre grade in both access to preschool and the quality of the programs in a new study released today by the National Institute for Early Education Research. The state meets only four of the group's ten benchmarks for quality preschool.

The overall findings in the report, titled State of Preschool 2012, are grim: state budgets for pre-k programs suffered the largest one-year drop ever in the 2011-2012 fiscal year. Funding across the country fell by more than half a billion dollars.

The institute gave California credit for setting educational standards for preschool and for requiring teachers in government-subsidized programs to get special training. But the state isn’t meeting the group’s benchmarks for class sizes or providing enough meals. It’s also not providing enough support services for children who need them.

The institute's Megan Carolan said one reason for California's poor grade on access is that it's not keeping up with population growth. Only a quarter of the state's four-year-olds have access to programs despite having begun Transitional Kindergarten, a program that provides pre-K to four-year-olds who didn't meet the cutoff for kindergarten.

"It’s not like California is a small state," Carolan said. "There’s obviously been significant population growth, especially in the last decade."

The report was released as the White House pushes for universal preschool.