By Bill Gates, Op-Ed in the Washington Post | http://bit.ly/11EMEHb 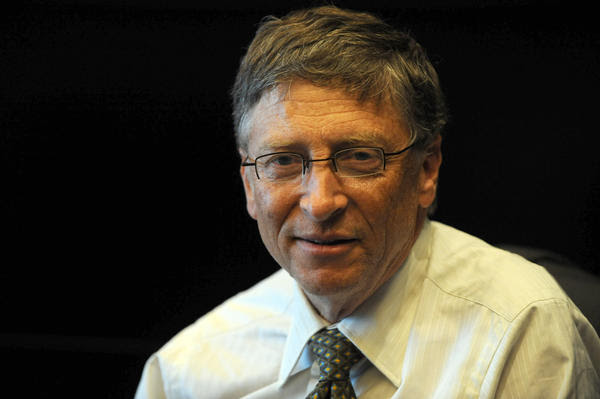 April 03, 2013  ::  Tom Brady may be the best quarterback in football, but he is also infamously, hilariously slow. YouTube videos of his 40-yard dash have gotten many thousands of hits from sports fans looking for a good laugh.

If the New England Patriots had chosen a quarterback based only on foot speed, they would have missed out on three Super Bowl victories. But National Football League teams ask prospects to run, jump and lift weights. They interview them for hours. They watch game film. In short, they use multiple measures to determine the best players.

In much the same way that sports teams identify and nurture talent, there is a window of opportunity in public education to create systems that encourage and develop fantastic teachers, leading to better results for students.

Efforts are being made to define effective teaching and give teachers the support they need to be as effective as possible. But as states and districts rush to implement new teacher development and evaluation systems, there is a risk they’ll use hastily contrived, unproven measures. One glaring example is the rush to develop new assessments in grades and subjects not currently covered by state tests. Some states and districts are talking about developing tests for all subjects, including choir and gym, just so they have something to measure.

In one Midwestern state, for example, a 166-pagePhysical Education Evaluation Instrument holds teachers accountable for ensuring that students meet state-defined targets for physical education, such as consistently demonstrating “correct skipping technique with a smooth and effortless rhythm” and “strike consistently a ball with a paddle to a target area with accuracy and good technique.” I’m not making this up!

This is one reason there is a backlash against standardized tests — in particular, using student test scores as the primary basis for making decisions about firing, promoting and compensating teachers. I’m all for accountability, but I understand teachers’ concerns and frustrations.

Even in subjects where the assessments have been validated, such as literacy and math, test scores don’t show a teacher areas in which they need to improve.

If we aren’t careful to build a system that provides feedback and that teachers trust, this opportunity to dramatically improve the U.S. education system will be wasted.

The fact is, teachers want to be accountable to their students. What the country needs are thoughtfully developed teacher evaluation systems that include multiple measures of performance, such as student surveys, classroom observations by experienced colleagues and student test results.

Of particular concern is the possibility that test results alone will be used to determine a large part of how much teachers get paid. I have talked to many teachers over the past several years, and not one has told me they would be more motivated, or become a better teacher, by competing with other teachers in their school. To the contrary, teachers want an environment based on collaboration, in which they can rely on one another to share lesson plans, get advice and understand what’s working well in other classrooms. Surveys by MetLife and other research of teachers back this up.

Teachers also tell me that while compensation is important, so are factors such as high-quality professional development opportunities, a strong school leader, engaged families and the chance to work with like-minded colleagues.

GATES WARNING ON TEST SCORES: In a recent op-ed article, he cautions against overusing students' standardized test scores in evaluating how well teachers are doing their jobs.

By The Times editorial board | http://lat.ms/ZIfNAQ

April 11, 2013  ::  A recent op-ed article in the Washington Post warned against overusing students' standardized test scores in evaluating how well teachers are doing their jobs. There would be no surprise about that — if it had been penned by the leader of a teachers union. But it was written by Bill Gates, arguably the most influential voice over the last few years in pushing for the use of test scores to rate teachers.

Gates' warning was based on a study released in January that his foundation funded. It determined that student scores have a useful but limited place in measuring a teacher's work, and that some other measurements, such as student surveys, are more consistent.

The billionaire philanthropist's reasoned perspective is appreciated; the problem is that schools in this country are already well down the testing-and-evaluations road. Prodded heavily by reform groups, many of which receive funding from the Bill & Melinda Gates Foundation, states and school districts have in some cases taken the use of students' scores to extremes that have no grounding in research, making them count for half or more of a teacher's rating, or hastily concocting tests to measure unmeasurable subjects — and then applying the results to teachers. The most mocked example is Ohio's extensive new exam in physical education, which includes measuring whether students' movements while skipping are adequately smooth.

In 2010, California was denied $700 million in federal Race to the Top funds, largely because it declined to require that student test scores be linked to teacher ratings — something the Obama administration had demanded in return for the money, even though there was little if any evidence that the scores had value as indicators of a teacher's work.

The Gates Foundation has a deserved reputation for testing its education hypotheses with expansive, high-quality studies. It rightly abandoned its previous campaign for high schools to enroll no more than 500 students after funding a study that found that smaller enrollments alone did not have a big impact on student achievement. But again, because the foundation's billions were behind the small-school movement, districts across the nation switched to that more expensive model, which is hard for them to undo now.

The new study on teacher evaluations contains interesting findings, but much more research is needed.

When philanthropists have potentially useful ideas about education, they should by all means try them out, establish pilot programs, put their money where their mouths are. But before government officials incorporate those ideas into policy, they must study them carefully and make sure that what sounds reasonable in theory works in practice.