‘A hail of bullets will protect everyone’: NRA SAYS MORE GUNS IN SCHOOLS WILL PROTECT CHILDREN 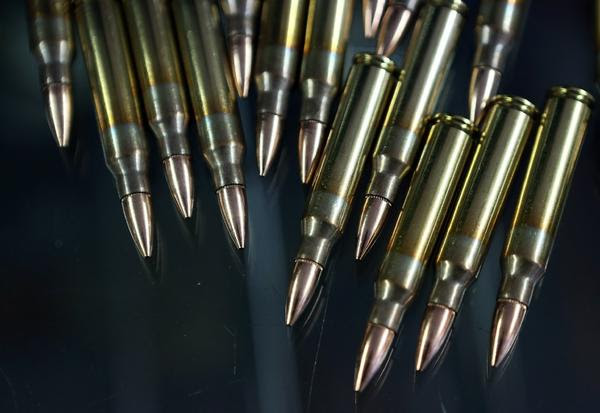 April 2, 2013, 3:33 p.m.  ::  Think of the NRA’s newly proposed National School Shield initiative as a kiddie version of the National Missile Defense program. Star Wars for Schoolyards. A hail of bullets will protect everyone!

After the school shooting in Newtown, Conn., the NRA unleashed a pile of experts on the problem of school safety, hiring former Republican Rep. Asa Hutchison of Arkansas to lead the panel. In a Washington news  conference announcing the panel’s findings and recommendations Tuesday, Hutchison said the NRA afforded its panel “full independence” and insisted on “no predetermined outcomes.”

What a total shock then that the panel’s No. 1 recommendation was to put an armed guard in every public school in America, the very thing that NRA President Wayne LaPierre urged in his news conference in December, one week after 20 primary school children and six educators were gunned down at Sandy Hook Elementary.

The panel also made a strong case that unarmed security guards on campus can’t do much in the face of a gunman intent on killing, and that, at least once, an assistant principal with a gun stopped a school killer in the middle of a rampage. (That occurred, according to news accounts, in 1997 in Pearl, Miss. The administrator had to go out to his truck to get weapon.)

Of all the illustrious experts assembled by the NRA to study the issue – former U.S. Secret Service heads, anti-terrorism experts, private security contractors -- all but maybe one (a psychiatrist who often testifies for the prosecution in murder cases) seems to have expertise in mental health issues, or how mental health interventions might have made a difference in Sandy Hook, in Aurora, in Tucson and at Virginia Tech.

To paraphrase a famous line about hammers and nails--when you have a gun, every problem looks like a target.

I will say in defense of the task force that its final recommendation (dead last in the list) is that threat assessment (i.e. identifying potential shooters and intervening) is an important component of school safety. The task force cites several model programs as something that the NRA “should look at.”

But here’s something else that jumped out at me: “The past two decades have witnessed a drop in incidences of school violence, including homicide rates and violent crime. This positive trend mirrors the expansion of SRO programs around the country: As more SRO officers have been assigned to schools, school death rates have decreased. These numbers support the notion that the presence of armed officers positively impacts the school environment.”

The notion is right. Even the greenest undergraduate understands that correlation does not equal causation. In the past two decades, the country has witnessed a drop of violent crime everywhere. No one can explain why, exactly. Not sociologists, not criminologists, and certainly not the NRA or its independent panel.

The task force report  notes that school violence “of this nature” (meaning mass murder) “has been occurring in the U.S. for almost 300 years,” though “there have been changes in the patterns and in the weapons used.”

I am no school violence expert, but maybe, in that case, we should talk about the weapons?