School board's decision to redistribute PTA funds to less wealthy schools is a turnoff for many in Malibu. Some in Santa Monica also see potential pluses in a breakup. 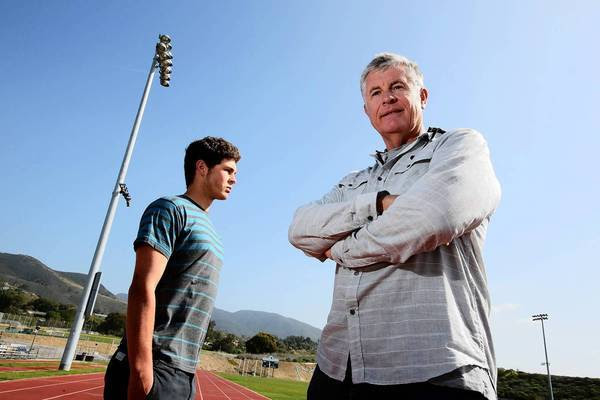 But now the Santa Monica-Malibu school board wants to funnel much of that money away and, in the name of educational equality, give it to other district campuses.

The move has sparked an effort in Malibu to secede from the district, igniting a battle between one wealthy community and its less wealthy neighbor that echoes across the state.

The district's effort to redistribute PTA money adds to the trend in California since the 1970s to equalize funding between rich and poor schools. Gov. Jerry Brown rolled out a new plan earlier this year that would radically alter the status quo, moving the lion's share of educational dollars to poor schools.

Some Malibu parents are just fed up.

"It's not fair," said Maria Kuznetsova, who has a 6-year-old son at Point Dume. "You don't want to donate to somebody else. You know how it goes. It disappears."

Still, secession is a hard idea to swallow for some in the community known as much for its liberal politics as its sandy beaches and Creamsicle sunsets.

Deborah Allen, who has two sons in the district and helps run Malibu High's booster club, said she has no problem with the policy that will send money her school raises to students who need it most.

"Some of the kids in Santa Monica, the only hot meal they get each day is lunch," Allen said. "So if half of my money, or whatever portion, goes to them, I'm OK with it."

Only in this awkward marriage between two beach cities could Santa Monica be considered the poor spouse. Its median household income is 27% higher than the rest of the county. Its ocean-front homes are the stuff of California dreams, although there are less affluent pockets inland.

The city's wealth, however, pales in comparison with Malibu, where median incomes, at $133,000 a year, are nearly double Santa Monica's.

When the Santa Monica school district first added a campus in Malibu more than 60 years ago, the joining of the two communities made sense. Santa Monica had an established system; Malibu was just a rustic beach town.

But over the decades, the two cities have grown — and grown apart. Malibu opened its own high school in 1992. It now has three elementary schools and about 2,000 students. Leaders of the separation movement say it's time the for city to make its own educational decisions for its schools.

The core of the problem is the mismatch between the wealth of Malibu, population 13,000, and the political power of its southern neighbor Santa Monica, population 90,000. Santa Monica has 10 schools and about 9,000 students. There hasn't been a Malibu resident on the school board since 2008.

In 2003, Malibu parents launched the first of at least three serious attempts to secede from the joint school district.

The latest effort was sparked in 2011, when the joint school board unanimously passed a policy that beginning in 2014 will bar PTAs from raising money for professional development or staff, such as instructional aides.

Instead, the district will funnel privately raised dollars into a foundation that will distribute the funds more equally among all schools. PTAs could still raise money for classroom items under the new plan.

The goal, Supt. Sandra Lyon said, was to ensure that "every student gets the best education we have to offer."

In a presentation to the school board, she showed how some PTAs in the district raised thousands of dollars per student for their schools while others brought in less than $100.

That PTA money had helped keep the district running during the recession. In addition to parcel taxes paid by area residents, PTAs contributed about $3 million to the $120-million general fund in the 2011-12 school year.

At Malibu's Point Dume, for example, the PTA has organized fundraising dinners that cost $100 or more per ticket, golf tournaments that charge $200 per player, book fairs and countless other events. A "direct investment form" that is available online tries to make donations at levels between "$25,000" and "$3,000 per child" look easy.

Steven Bard, whose son goes to Malibu High, is one of many parents who have contributed. He's written checks and — along with his wife — poured in the volunteer hours. He called the money redistribution scheme "ludicrous."

"The parents will just spend money on tutors and special programs for their own kids. The money will end up where they want it to in the end. People aren't dumb."

The picture is somewhat different in Santa Monica, with its diverse and urbanized populations. At schools with lower-income students, parents can't continually open up their wallets.

John Rogers, head of UCLA's Institute for Democracy, Education and Access, said the conflict between the two cities springs from a situation of "scarcity for all."

"When we don't have enough," said Rogers, who has a son attending Santa Monica schools, "people are going to try to protect their own."

Education officials said creating a new Malibu district could take years. The idea has to pass through several county and state agencies before being voted on by residents in both communities.

Separation advocates in Malibu believe they have a better chance of succeeding this time around, in part because frustration has been brewing in Santa Monica as well.

Some Santa Monica residents and school board members have said they are tired of focusing time and energy on Malibu issues, such as whether football field lights were too jarring so close to the ocean. The superintendent has assembled a committee to explore breaking the district apart.

Because of several bond measures and parcel taxes passed in recent years, the fiscal future of Santa Monica schools hangs less on Malibu property values than it once did.

In addition, the funding plan proposed by Brown to distribute a greater percentage of state money to poorer schools could bolster the case for separation.

Santa Monica-Malibu stands to go from $6,147 per student to $9,058 per student if the governor's plan passes.

A Santa Monica-only district would probably get a similar, if not greater boost, and Malibu too would do fine on its own. In fact, the city is so wealthy that it could operate primarily on local property tax revenues — without relying on state general funds. It could take in an additional $4.5 million annually on its own.

Eric Biren, a Santa Monica parent, said he generally supports the separation and understands the desire to keep what's yours.

Biren's daughter, Charlotte, graduated from Santa Monica High, where she played violin in the school's top orchestra. His son, Abe, is now a junior and plays bass. Biren said he has written checks to support the music program, taken tickets at concerts and worked backstage.

"As a parent, you want to fix your local school, but you don't want to have it all diluted and dispersed for the energy that you're putting in," he said. "It's a balance. It's a tricky moral question."

But after this many decades, there are some residents who are hesitant to break apart a touchy but still-working marriage that has brought benefits to both communities.

Some parents in Malibu have cherished the diversity of the joint district and opportunities to expose their children to a less-insular world down the highway.

As a district, Santa Monica-Malibu is among the few in the state with a racial makeup that is evenly split between white and nonwhite students.

If Malibu goes it alone, however, the new district would be 78% white.

"We always felt like we wanted our kids to be well-integrated, to feel like they're part of a community," said Agnes Gibson, who has a daughter attending Malibu High. "We like the interaction, the diversity."